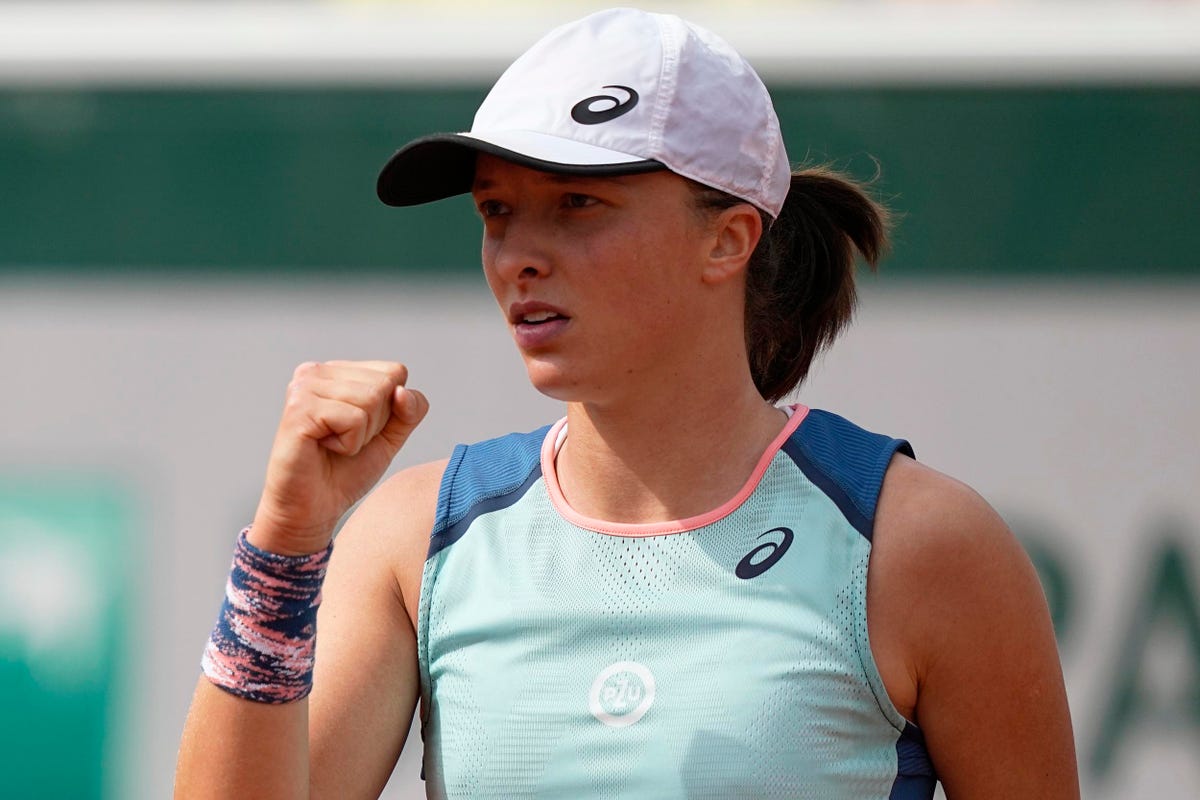 Iga Swiatek: The Player To Beat, Life, Earnings, And Net Worth

Iga Swiatek is a Polish professional tennis player and current world number 1. She is the player to beat currently, as she is on a 36-matches unbeaten run. She is only 21 years old and is already considered one of the best in her generation. Winner of this year’s French Open, she is the favorite to lift the Wimbledon trophy as well. Her recent performances have garnered praise from a lot of ex-players. She has been touted as a very nice all-around player. Her performances are stable, and have managed to beat all top players currently. Even in the French Open final, she played a solid game against her opponent Gauff. It was a very one-sided final in a grand slam event.

Iga Swiatek has openly expressed her love for Rafael Nadal. She considers him her idol, her favorite player on tour and has been following her ever since she was a kid. Poland has had a history of producing good tennis players but never someone who reached the top cherry. Before her, only Radwanska was one female player who managed to make her mark on the field. Radwanska, in her days, used to be in the thick of things. It is only fair to say that Swiatek, at such a young age, has managed to cross Radwanska. If she continues to play like this for a few years, she could be one of the best female tennis players of all time.

Let us have a look at her life, her earnings, and net worth.

Born in Poland in 2001, Iga Swiatek is the youngest world no 1 player in history. She has come from a sports family. Her father was an Olympic rower who represented Poland in the Olympics. At age 15, in 2016, she turned pro. Furthermore, she made history by winning the French Open in 2020 when she was only 19. Her record is shared with Nadal, who also won the French Open in 2005, aged 19. What a record to share with your Idol. She is already a two-time French Open Champion, winning the second one most recently. She has a number of WTA 1000 Masters titles to her name already. However, she still has not managed to win grand slams on other surfaces. This is precisely her biggest challenge thus far.

But looking at her age and the amount of hard work she puts in, it is only a matter of time before she starts winning them as well. Currently, she is playing at the Wimbledon, where she has already won her first-round match quite comfortably. Her 36-matches unbeaten streak is something worthy of a lot of praise.

Even though she is just 21 years of age, she has made her mark in Women’s tennis. Surprisingly, out of her $8 million earnings overall in her career, $5 million has come this year only. The way the first of this year had gone for Iga, it was time she started earning this much. According to reports, her net worth is estimated to be around $10 million. Relatively new in her career, this net worth certainly looks to grow a lot more.