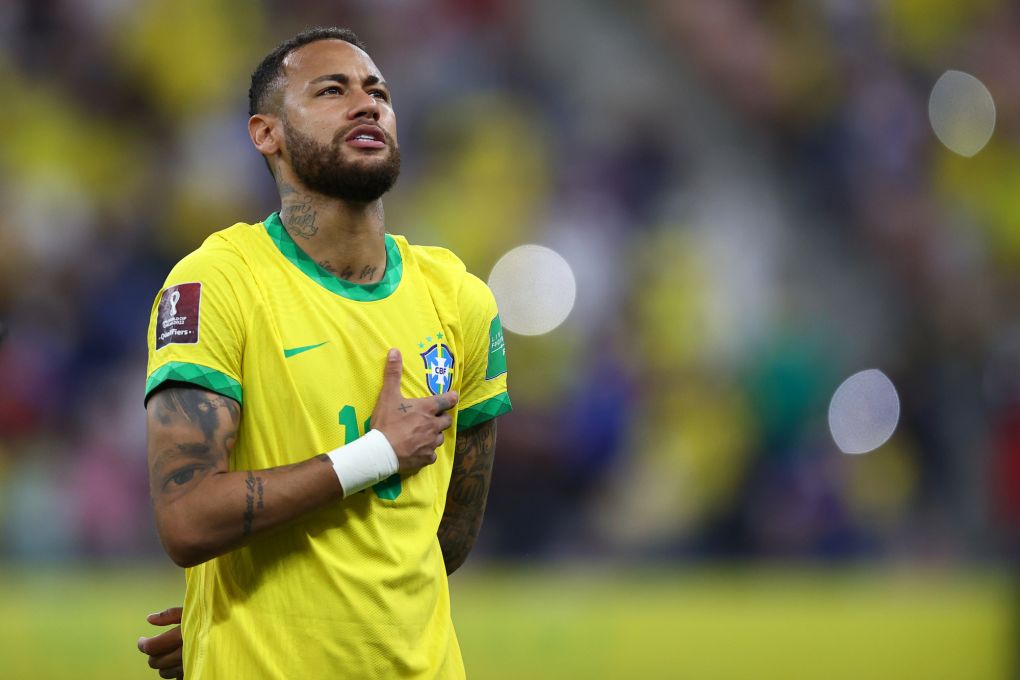 Neymar: The Samba Boy From Brazil- Life, Net Worth and More

Neymar has a lot of adjectives attached to his name. Being in his shoes is not simple. You are under constant scrutiny. What do you remember Neymar for? For all the wonderful goals he scored, or all the dives he made? The skills he has often shown on the pitch, or the lack of self-control he displayed? Despite all the antics, no one can deny the sheer talent of this Brazilian wonderkid. When he plays, you want to see him move, dribble past defenders, and score a beautiful goal. He is no doubt a self-made superstar, a path created by himself, and a legacy for others to follow. Still, only 30, he has a few years left in him. But as they say, you can love him, hate him, but you cannot ignore him. This is Neymar Jr.

He currently plays for PSG, a French club. In 2017 he joined the French giants from Barcelona at a record transfer fee. Coming from Brazil, at a very young age he signed for his hometown club Santos. At Santos, he became a regular instantly and just in a season or two became the most important player at the club. He attracted a lot of European giants and in 2013 signed for Barcelona. In Barcelona, very famously his trio with Lionel Messi and Luis Suarez became probably the best attacking trio in the history of football. They were called MSN.

A detailed history of Neymar’s life as a professional, his earnings, and net worth.

Also Read: Lionel Messi: All About The Rival of Cristiano Ronaldo

Neymar da Silva Santos Júnior, also Neymar is a Brazilian football player born on 5 February 1992. His early childhood has been spent in a very lower-middle-class family. Not a lot of stuff happening in the house, not a lot of money. But, the passion for football was always there. Be it the streets or the ground, Neymar did not leave any opportunity to show his talent. The boy was always special, different from other boys in terms of skills. His father used to take him to different coaches, making them see his game. This is how Neymar was noticed and he signed for his club Santos. This club was his journey to stardom. We all remember his amazing solo goal in 2011, for which he even won the Puskas award. From there on he attracted a lot of European clubs.

Biggest of the biggest clubs were interested to sign him and in 2013 he moved to Barcelona. With Barcelona, he won almost everything. The La Liga, Champions League, and the Spanish Cup. 2014-2015 was the season Barcelona won the treble, thanks to the wonderful trip of Messi-Neymar-Suarez, popularly called MSN. In 2017 he joined PSG at a record transfer fee. As of now, he is still a part of the French team. Neymar has also two Olympic medals to his name. A silver medal in the 2012 London Olympics Games, and a Gold in his home country in the 2016 Rio Olympics.

Being the superstar he is, Neymar leads a very lavish lifestyle which he is not afraid to show. According to the famous Celebrity Net Worth, Neymar’s base salary is around $78 million. From bonuses and other endorsements, he earns an extra $20- $40 million. His net worth as of now is estimated to be around $200 million. By the time his career ends, his net worth is surely going to increase folds.

Wishing Neymar the best in all his future endeavors.