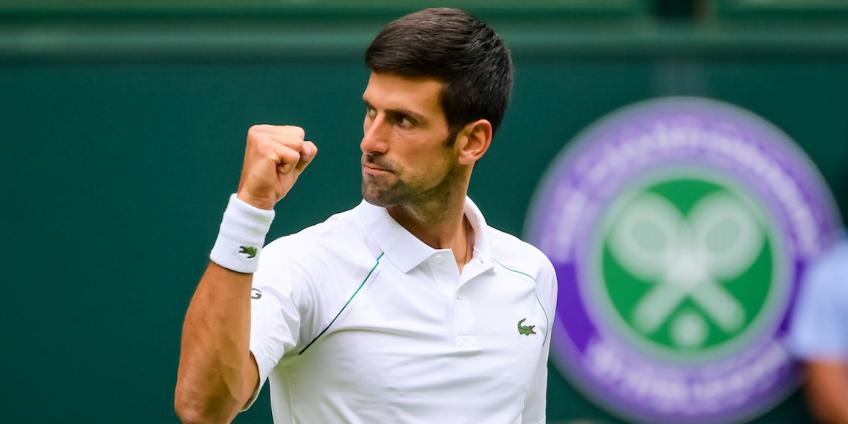 Why is Novak Djokovic the bad guy of tennis? Is he really a bad guy? Or is it just an assumption? Sure we have seen many moments where he has lost his temper or smashed his racket quite a few times. But does that really make him the bad guy? He is a sportsman and arguably one of the best to ever play tennis. At his best, he has been unbeatable, no matter the surface. Even when he has lost, he has shown great sportsmanship to the winners and embraced them with warmth and humility. To label him as the bad guy seems unfair just because he is in the same league as Roger Federer and Rafael Nadal. Those two have always been or acted as gentlemen in the game. Their persona and attitude towards their work have been top-notch, and their anger management is worthy of praise.

Maybe, being compared to them just in terms of behavior has cost Novak to be the bad guy. The incident in the US Open caused outrage among the fans. He accidentally hit the line lady while giving the ball back to the ball boy. In his anger, he hit the ball hard behind him, which straight hit the lady. On top of that, the lady was not young, and she straight fell to the ground. This resulted in straight eviction for Novak from the US Open. Of course, such sort of incidents creates a negative image even if the player is one of the best in the sport. Djokovic, in recent times, has had to pay a heavy price in terms of hate and negativity from fans inside the court and on social media.

Take a deeper look at the life of Novak Djokovic, a great tennis player and an amazing human being.

Novak Djokovic was born in 1987 in Serbia. As a child, he was into tennis and started playing at a very young age. He holds two records as a tennis player. To stay at the top of the rankings for the longest time, 373 weeks, and finishing the year as no 1, a record 7 times. He has 20 grand slam titles to his name, joint with Roger Federer, only behind Rafael Nadal, who sits at the top with 22 titles. He also has the most number of ATP titles, 37, one more than Rafa. Apart from all these achievements, he actively takes part in all the charity events held in tennis tournaments.

He makes jokes and often entertains the crowd in exhibition matches, acting out other players. On the personal front, he is married to his long-time girlfriend, Jelena Ristic. The pair got married in 2014. Apart from being a fantastic tennis player, he is multilingual as well. Moreover, he can speak Serbian, English, Italian, French, and German.

According to Celebrity Net Worth, a trustworthy source, the net worth of Novak Djokovic as of 2022 is $220 million. He was the first player to receive $100 million in prize money. He leads the earnings chart among all tennis players. He has won a total of $153 million. However, his apparels partner since 2017 has been Lacoste. He endorses a few other brands like Head, Seik, and Netjets. His shoe partner is ASICS. In Forbes list, Novak Djokovic ranks 23rd in the list of highest-paid athletes.

Let’s just let Novak Djokovic be the great player he is and not troll him to the point to make him look like the bad guy.