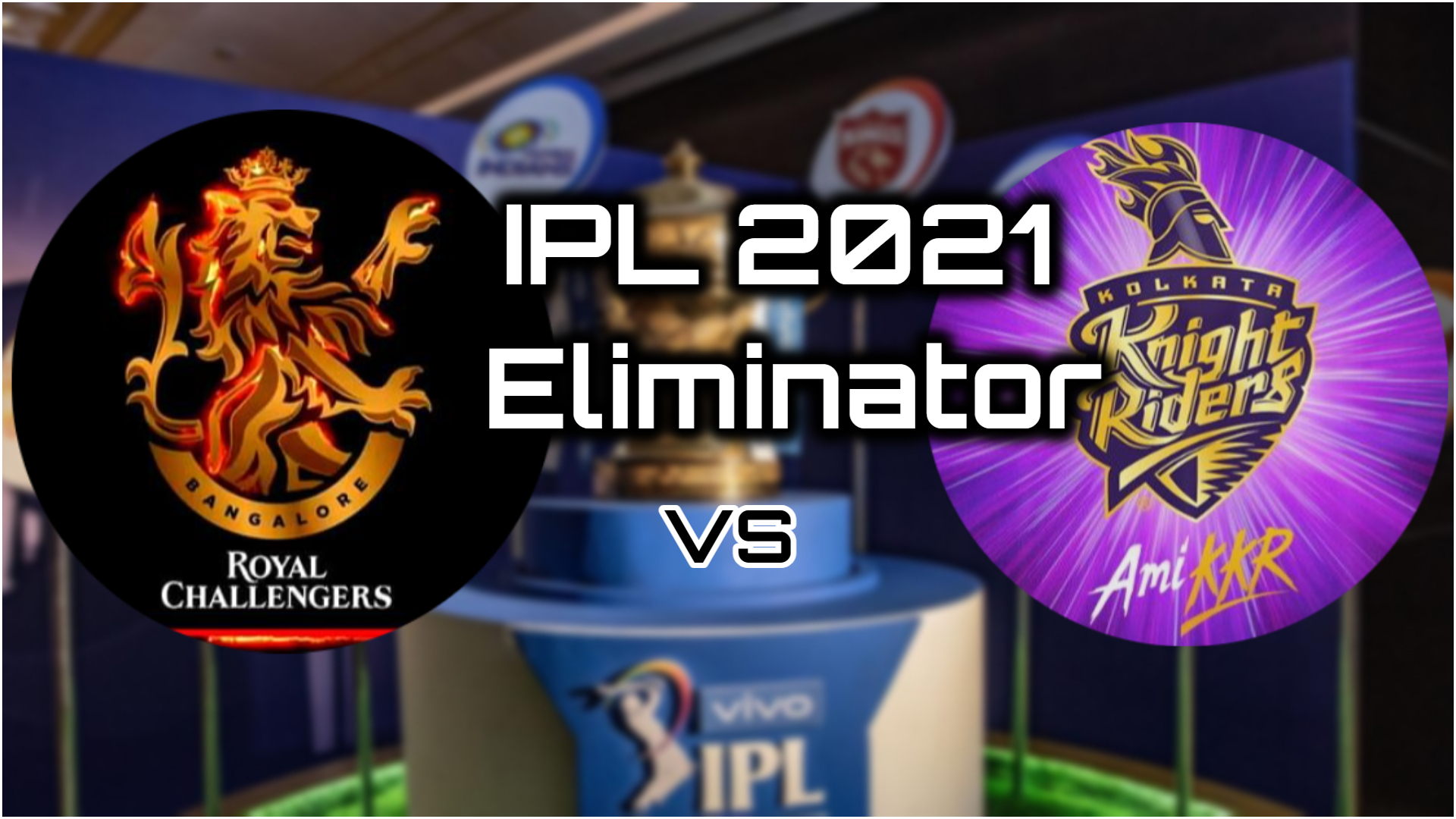 After the thrilling contest between CSK and DC in Dubai, Sharjah will be ready to witness something even more than that tomorrow. RCB vs KKR has always been a nail-biting contest where unexpected has happed. RCB’s lowest total which is also the lowest by any team in the history of IPL came in 2017 against KKR. But that was a different team with experienced players like Gautam Gambhir. This year KKR was lagging behind in the first phase but they have bounced back stronger than ever. RCB has showcased some great team effort which they lacked in the previous years and definitely have the potential to lift the trophy for the first time.

The race to the finals is not going to be all rainbows and sunshine for both Kolkata and Banglore. The winner of the Eliminator will face DC in the second Qualifier as CSK has already reached the finals. On the other hand, the one who loses will have to return home and will be ruled out of the tournament. Monday night it will be all about the intent and confidence on the field. Plans and strategies will be made but the one who will execute them perfectly will win this do-or-die battle. In this article, we have predicted the result and well as have put down both the possible XI that will walk out in Sharjah tomorrow. Furthermore, the kick-off time and streaming platforms have also been covered.

The Eliminator RCB vs KKR will begin on October 11, 2021, at 7:30 pm (IST). The live telecast of the decider game will be available to watch on the Star Network. The list of channels that will be broadcasting live-action is Star Gold 2, Star Sports 1, Star Sports 1 Hindi as well as the OTT Hotstar. Hotstar will require a VIP or Premium subscription that will cost you ₹899 and ₹1499 per year. Once you subscribe to any of the packs you can watch cricket ad-free without any obstructions. In order to catch the toss all you have to do is to tune into any of the channels or Hotstar at 7:00 pm(IST). Mark the dates and set the alarm as you will definitely not want to miss this decider.

Predicted lineup and players to watch out

KKR’s Venkatesh Iyer has been putting up an impressive game over the past few games and he can play a crucial role against a batting lineup studded with power hitters. Talking about the bowlers Shivam Mavi clinched 4 wickets in their last game against a frail RR. Moreover, Lockie Ferguson can be the key player in this Eliminator. RCB’s squad is loaded with performers like Glenn Maxwell, KS Bharat, Devdutt Padikal, Virat Kohli, AB de Villars with the bat while Harshal Patel, Mohammed Siraj, Yuzvendra Chahal, and George Garton with the bowl.

Both the teams are in great form and have won their last games against Delhi Capitals and Rajasthan Royals. The journey to playoffs has been very surprising and tough for KKR but they fought till the end and we got to see a brilliant team effort out there on the field. If KKR succeeds in continuing that form then for sure they are going to strip RCB off their dream of winning the IPL title.

Both the teams have faced each other 28 times previously. In which 13 times RCB has managed to win while KKR has won 15 games. In IPL 2021 however, RCB has one of the two matches while KKR has also tasted a victory against the Challengers. Considering the current form of RCB there are chances that if they succeed in putting up an overall great performance then KKR can be easily defeated. I would say the chances are 50/50.