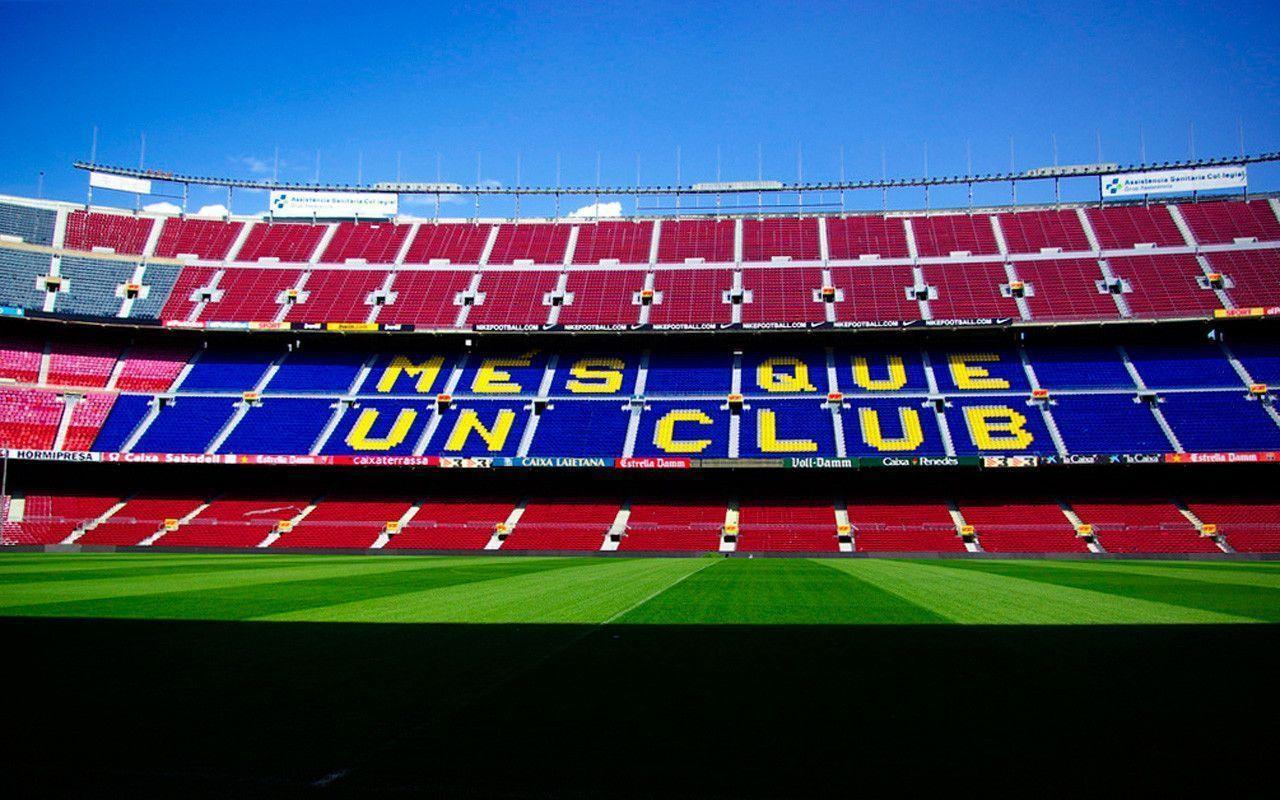 One of the biggest clubs in the history of the game. The greatest of history and legacies. With several once-in-a-lifetime players. The Spanish giants Futbol Club Barcelona. F.C.B was founded in 1899. Across its 122 years of existence, the club has seen some legends of the game. And as a result, has seen huge amounts of success. The Catalan club has won a record number of Copa Del Rey’s, 5 Champions League, and the second-most league titles in Spain (behind Real Madrid). Although, the club has seen a fall from grace in the past few years. Owing to the problems on the field and off the field. Barca went into a financial turmoil under previous leadership. As a result, they have been suffering currently, and owing to the shambles of a wage structure and sizeable debt, they had to let go of Lionel Messi. Barcelona are currently on the rise again under Xavi. As we know, you can’t keep a giant like Barcelona sleeping for long. On that note, here are the Top 10 Greatest Barcelona Players of All Time.

Not to be mistaken with the other Luis Suarez, who also played for Barcelona. Suarez was a Spanish midfielder. And is widely regarded as the greatest Spanish player of all time. To this date, he is the only Spanish player to win the Ballon D’or. And was the first Barcelona player to do so. Luis scored over 60 goals for the great club. Suarez was a key figure in their domestic double in 1959 and fell just short of European glory as they lost the final to Benfica in 1961. The Spanish great ranks 10th on this list of the Top 10 Greatest Barcelona players of all time.

“Underrated” “Underappreciated” are the sort of words you would associate with the Spaniard. Busquets doesn’t have the plaudits the other two of his midfield partners, Xavi and Iniesta, received, but Sergio was just as important to the team’s success as the other two were. One of the greatest CDM’s the game has ever seen. Sergio has won every trophy at the club level with the Catalans. Furthermore, he has won the World Cup and the Euros with Spain. He was an integral part of one of the greatest club team’s ever assembled, and one of the greatest National team’s ever assembled. You don’t walk into those teams’ if you are not ‘World Class’. As a result, he ranks 9th in the top 10 Greatest Barcelona players of all-time list.

A goal tally that would put forwards to shame. Ronald Koeman was an integral part of the 90’s Barca dream team. The team that won their first European cup. It was his goal that won Barca their first European title and as a result, secured his legendary status at the club. He was a “sweeper” defender. Would just stay in front of the defense and clear every threat. The masterful Dutch was quite good at it as well. He was a great threat at set pieces. He was a great Penalty tacker and a great Free Kick taker as well. ‘Tin-tin’ Koeman has scored 60 Free Kicks for club and country, to put that into perspective, that is more than what Cristiano and Messi have scored throughout their careers. He also tried as a manager for the club, but that didn’t work out well for him. But, his managerial stint at the club doesn’t tarnish his legacy as a Barca legend and a great of the game.

‘El Pistolero’ is, without a shadow of a doubt, one of the greatest strikers this game has ever seen. His time at Barcelona was phenomenal, to say the least. A testament to his skill and ability is that he won a golden boot during the Cristiano and Messi era. As lethal as he is in front of the goal, he is a great passer as well as a great space creator for others to benefit from. Luis Suarez is as complete a striker as you can get. Wonder goals, tap-ins, solo goals, dribbling, passing, you name the attribute you want out of a striker, and it is a guarantee that Suarez possessed that. Suarez is the third top scorer in Barca’s rich history. And on top of that, he is also the second-highest assist maker of all time. In his prime, Luis was an absolute joy to watch. He is 34 now, and as a result, he is not the same player anymore and has slowed down a bit. But, nevertheless, he is still balling in La Liga with Atletico de Madrid.

His story is something straight out of a movie. In 1949 Kubala fled socialist Hungary in the back of a truck. In May 1949, he agreed to play for Torino but pulled out due to a family emergency, which in turn saved his life as the plane crashed on its way back from Lisbon, killing everyone inside it. Laszlo was the first ‘megastar’ that Barca had. And they needed that to combat against Real Madrid’s Alfredo di Stefano. He brought a magical time at the club. With him, the team won absolutely everything there was to win in 1951 season. He was an entertainer. He attracted crowds. When he played suddenly, the 60,000 seats weren’t enough. And, so they began the construction of the 93,000 seater Camp Nou. As a tribute to the great, there is Bronze statue erected outside the stadium.

Football became blessed when Ronaldinho started playing it. He always had a smile on his face. He is the greatest entertainer in the history of the game. The man with virtually zero haters across the globe. He was so good, he once received a standing ovation from the Bernabeu crowd. When Dinho was on the ball, you just had to sit back and enjoy the ride. The man that kickstarted the new Barca era. The biggest piece in the project. Ronaldinho has practically won everything there is to win in football. Scorer of some great goals, a genuine genius of the sport. There aren’t enough words to describe how mesmerizing Ronaldinho was. He won Barca their second Champions League. And he won a Ballon D’or in 2005, as a result cementing his legendary status in the sport. Ronaldinho ranks 5th on this list of Top 10 Barcelona players of all time.

One of the greatest players of all time. Johan Cruyff put Barcelona on the world map. Football would never be the same after Johan Cruyff. Cruyff revolutionized modern football. The man that introduced ‘Total Football’, which would hone how football will be played for generations to come. To this day, Cruyff’s ideals are what governs the managerial aspect of the game. He is the one that made Pep Guardiola who he is today. Johan won three Ballon D’or throughout his stellar career.

Andres Iniesta is one of the greatest midfielders of this generation. The magician was an absolute joy to watch on the ball. He glided on the pitch and went past players as it they weren’t there. And, he had perfected the weight of the pass. He was an absolute joy to watch on the ball. A big-game player if there ever was one. He scored in Spain’s victory against Netherlands in the final to give his country their first-ever world cup. He is currently playing in the Japanese league. Iniesta has a street named after him and a statue of his World Cup-winning goal in his hometown.

Xavi Hernandez read the game like no one else. He saw the pass before anyone else did. He and Iniesta formed the greatest midfield partnership of all time. The game ran through him. He was a master of the art of ‘scanning’ a pitch. Which meant knowing the positions of your players and the oppositions’ and where the space would be empty. The record appearance holder for the club. Xavi Hernandez was a brilliant football player and a genius by the definition of the word. The man won everything in a Barcelona shirt and also in a Spanish shirt. And he is currently managing Barca. Under his management, Barca are looking at a new dawn and, as a result, a brighter future for the club.

No surprises, who is on the top of the list of the top 10 greatest Barcelona Players of All time: Lionel Andres Messi. The man who is widely considered as the Greatest Player of All Time. The magician is an absolute joy to watch. Messi is the record goal scorer for the club, for La Liga, for Argentina in El Clasico’s, etc. etc., etc. Covering Messi’s records would take up all week. The man is too good. Leo has won everything there is to win at the club with Barcelona. Two trebles with the club. And a record 7 Ballon D’ors  And, he finally won the thing which eluded him the most in his career, an international trophy. As he won a Copa America with Argentina this year. Hence, cementing his place in the Argentinian history books as well. Due to the financial aspects of the game, he had to forcibly leave the club this season. It is going to be a very, very sad day when Lionel Messi announces his retirement from the beautiful game. So, enjoy him as long as you all can.