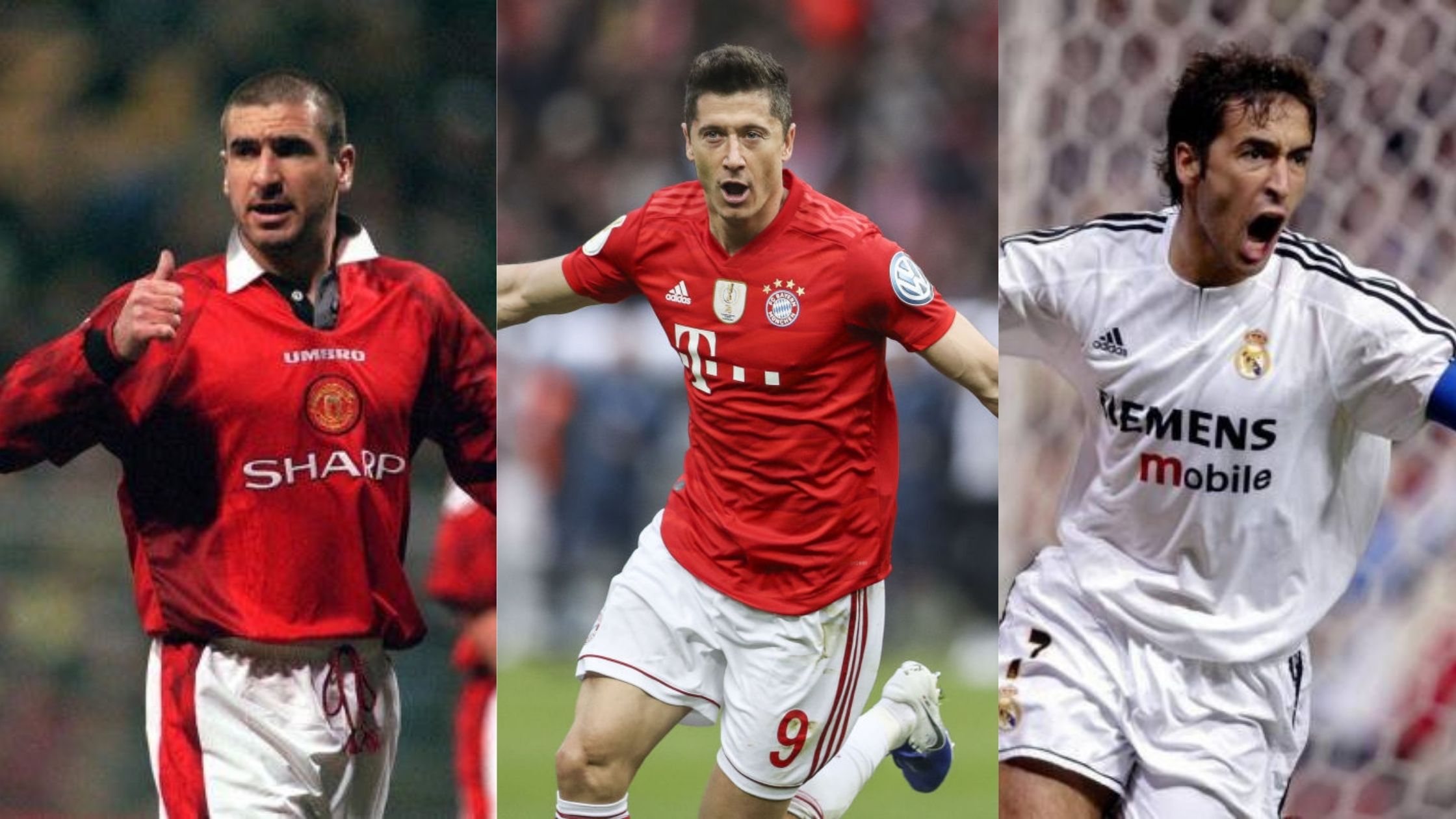 The transfer market of football today is dominated by the notion of high-caliber players having astronomical. However, there are times when a superstar player rejects a renewed contract or the undervaluation of a young player by the club, leads to a transfer that would be considered a bargain. These players have proved their bang for their buck. Here, we take a look at the greatest top 10 cheapest football transfers of all time.

We start this list with Andy Robertson. The left-back joined the Liverpool side in 2017 on a transfer fee of £8m from Hull City. Initially meant as a back-up for Alberto Moreno, Robertson soon started proving his worth with a man-of-the-match performance against Crystal Palace in his debut match. As luck would have it, the injury of Alberto Moreno further allowed him an increased game time. Later, his partnership later with Trent-Alexander Arnold proved lethal and decisive in the wings for the Liverpool side which complimented their “gegenpressing” style of play. He went on to win the Premier League title, UEFA Champions League, UEFA Super Cup, and the EFL Cup with Liverpool making it one of the cheapest yet influential signings in recent years. He places 10th on our list of the top 10 cheapest football transfers of all time.

Sol Campbell’s transfer to eternal rivals Arsenal, shocked every Spurs fan to their core. The transfer news was so unusually unexpected since Campbell had on previous records mentioned he would never play for Arsenal. His relationship with the Tottenham fans was destroyed beyond repair. He is still considered a ‘Judas’ by some to this day. However, his wish of playing in the UEFA Champions League and along with that winning the Premier League title twice, in hindsight would not bother the defender too much about his betrayal. Sol Campbell’s shock-free transfer allowed the Arsenal team to have solidity in the back, which propelled them with league title wins. He places 9th on our list of top 10 cheapest transfers in football.

At the time, Edvin Van der Sar was 33 when he moved from Fulham to Manchester United. A direct replacement for Roy Carrol, Edwin van der Sar proved to be one of the best Manchester United keepers in history. His record of 1,311 minutes without conceding in the Premier League still stands today. A testament to the quality of the Sir Alex Fergusson era, van der Sar proved every penny for his worth helping the squad with his clean sheets and winning the Premier League 4 times and the UEFA Champions League once. Edwin van der Sar is 8th on our list of bargain buys.

Nobody expected the impact the humble N’Golo Kante would have on the Premier League when he arrived from Caen. Today he is considered the ideal defensive midfield player by pundits and fans alike. His work ethic and box-to-box playstyle are often described as the benchmark for the position. Kante proved to be an invaluable asset for Leicester City in 2015 when they shocked the footballing world and lifted the Premier League title beating the “big 6” of the league. With Leicester, he managed to win the Premier League and was included in the PFA Team of the Year. His career would take off after that, with a transfer to Chelsea in the next season and going on to win the Premier League, UEFA Champions League and even winning the World Cup with France. N’Golo Kante is 7th on our list.

“The Flying Dutchman” Robin Van Persie, moved to Arsenal in 2004 for just £2.75m. Arsenal were looking for somebody to replace the legendary Denis Bergkamp and they tried to transfer van Persie in 2003. However the clubs could not come to a proper resolution. Nonetheless, next season Arsenal did manage to nab him for almost half the original price of £5m. Robin van Persie had some big shoes to fill and he did deliver. He went on to become one of the prolific strikers in the Premier League. Even though he only managed to lift the FA Cup and FA Community Shield at Arsenal, his contribution to the club and the league in general cannot be overlooked. Robin van Persie set a bar for the other strikers who would later replace him. Considering his impact and the cheap price tag, Robin van Persie is 6th on our list.

Patrick Viera is regarded as one of the best midfield players to grace his generation. He was recently inducted into the Premier League Hall of Fame and is considered as one of the greatest Arsenal players of the generation. Viera was unable to secure a starting spot in the AC Milan team, which led to his departure and Arsenal picking him up for a meagre value of £3.5m. Patrick Viera went on to cement his legacy in Arsenal, eventually being captain of the team, part of the 2003-04 “Invincibles” and winning the Premier League title 3 times. A bargain buy to say the least. With the accomplishments in tow, his transfer from Milan to Arsenal places him 5th on our list of top 10 cheapest football transfers of all time.

Alessandro Del Piero is certainly one of the greatest players of Juventus. Having joined Padova for only £421,000, he became one of the leaders behind the success of Juventus. Del Pierro spent 19 years at the club. Making a record 705 appearances and also holds the record for being all time leading goal scorer with 290 goals to his name. The impact of Del Pierro cannot be overstated. The fact that Juventus were able to win the Serie A league 6 times, Supercoppa Italiana 4 times, and were a UEFA Champions League winner in 1995-96 is a testament.

His loyalty to the club was another matter of importance. It was tested when the Juventus side was relegated to Serie B. Notable players like Patrick Vieira, Zlatan Ibrahimović and Fabio Cannavaro left the club. However, Del Pierro did not choose to abandon the “Old Lady” and bought the club back in Serie A in the next season. Considering his contributions to the success of the club, Alessandro Del Pierro has been one of the Juventus greats. He places 4th on our list as one of the top 10 cheapest transfers in football history.

Raul left the youth academy of Atletico Madrid on a free transfer in 1992. It was due to Atletico Madrid closing their youth academy to cut costs. The decision proved costly, as Raul went on to become one of the most prolific strikers in the world. He also joined Atletico’s derby rivals Real Madrid. He was promoted to the senior team in 1994 and the rest is history. With Real Madrid, Raul won the La Liga 6 times and the UEFA Champions League 3 times. With 323 goals he is also the club’s record second all-time goal scorer. Raul places 3rd on our list of top 10 cheapest transfers in football history.

Robert Lewandowski is another player on our list who joined the rival club for a record bargain. In 2014, after a career-defining and trophy-winning stint at Dortmund, Lewandowski joined the Bayern Munich side on a free transfer. The move came as a surprise and shock to many Dortmund fans. However, the move to Bayern Munich helped him solidify his place as one of the best pure strikers in the game today. Having won the Bundesliga 7 times and a UEFA Champions League winner, Robert Lewandowski’s transfer was certainly a good business for both parties involved. His success and contributions in the team land him the 2nd spot on our list of top 10 cheapest transfers.

Finally, Eric Cantona’s transfer from Leeds United was certainly met with hostile reactions from the Leeds fans. After a strenuous relationship with the team and coaching staff at Leeds, his transfer to Manchester United was seen as a good business for Leeds United. However, his arrival at Manchester United coupled with his volatile and aggressive behavior on the pitch propelled his infamy to greater heights. Fans soon took a liking to him due to his confrontational nature and domineering style of play. He went on to win the Premier League title with Manchester United for 4 times. Further, cemented his legacy as one of the greats to ever lace-up boots for Manchester United. Eric Cantona’s impact in the footballing world and the club after the transfer from Leeds places him at the top of the list of top bargain buys.

Also Read: Real Madrid is not ready to pay €150 Million for Declan Rice