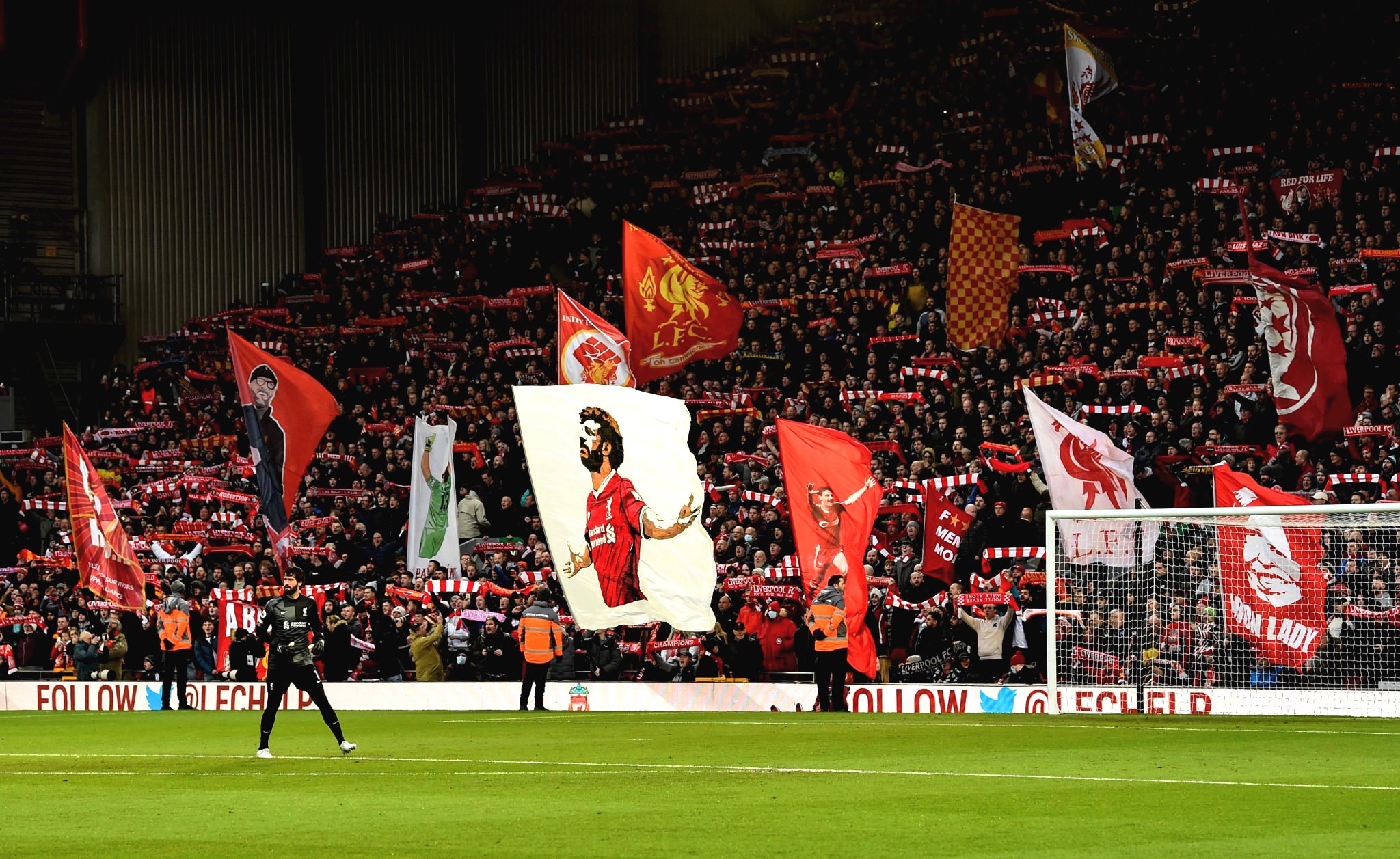 The biggest club in England. And one of the biggest clubs in Europe. ‘The Reds’ have won it all across their glorious history. A club with one of the most beautiful messages you’ll come across in sports “You’ll Never Walk Alone”. The club had seen a 30-year drought for the league title before they won it again in the 19-20 season. Liverpool has seen its fair share of downs over the last two decades, but the arrival of Jurgen Klopp has revived the Merseyside club. They are one of the best teams in Europe, with arguably the best player in the world in Mohammed Salah, at the helm of it all. Jurgen has made Liverpool a scary force again. Setting records after records. Made them into a team that everyone is scared of and putting up a showcase of brilliant attacking football. Liverpool is as dramatic as it gets. Last minute winners, slips, a beach ball disrupting a game, historical Champions League comebacks, their goalkeeper scoring to get them champions league football. The Reds have seen it all and more. On that note, let’s move on to the Top 10 Greatest Liverpool Players of All Time.

In just his five years at the club, Virgil is already a club legend. And is regarded by many as the best defender to grace the Premier League. If he continues the way, he is Virgil will be the best defender to have ever played in the League. He cost the club a record fee for a defender, and boy has he made himself worth every penny. Liverpool were a ‘nearly’ team. Virgil has transformed them from contenders into winners. And, as a result, cementing his status as a legend. He finished second in the Ballon D’or in his 2018/19 season, just behind some guy named Lionel Messi. Virgil didn’t get dribbled past for the entirety of that season. He is a true Liverpool legend, and it is crazy because he isn’t halfway done yet for the club. Virgil Van Dijk has transformed Liverpool and as a result, deserves his appearance in this list of the Greatest Liverpool players of All time. And, by the time he’s done, he will rank a lot higher here.

A local lad. Jamie growing up, was an Evertonian. He is now a pundit/commentator. He made his debut for the club at 18 years of age. Jamie was really intelligent. As a result, he quickly became a fan favorite. He wasn’t the quickest. Despite that, he was a good defender. Due to his reading of the game. Jamie is the second-highest appearance maker for Liverpool. Although, he is the highest appearance maker for the reds in European competitions. He has won a Champions League, 2 Super Cups, 2 FA Cups, 3 League Cups, and 1 UEFA Cup with the reds. His time at the club wasn’t the most successful one. Yet, is quite cherished by the supporters. Due to all he has achieved and done with them.

The second-highest goalscorer in the history of the great club. Roger Hunt is big legend of the Merseyside Club. He is cherished as one of the greats due to all he has done. Nonetheless, Hunt is still the top goalscorer in the league for the Reds. As clinical as it gets. Hunt was a part of the WC winning England team in 1966. He was inducted in  the English hall of fame in 2006. And, so Hunt ranks 8th on this list of top 10 greatest Liverpool players of All time.

Souness is a club legend through and through. He was the captain of a very successful Liverpool side of the 80s. Bill Shankly’s trusted man. Souness loved a battle. And was never afraid to lunge in with a challenge. The Scottish midfielder stayed for seven seasons with the Reds. He netted a total of 38 times. Furthermore, he won everything with them. During his time at the club, the reds won 5 league championships, 3 European cups, and 4 League Cups. Souness was included in the PFA team of the century. Thus, he ranks 7th on this list of the greatest Liverpool players of All time.

He is widely adored by the Kop. The man netted an exact century of goals for the club. Widely loved and cherished. Kevin Keegan has won the Ballon d’or twice. He was an integral part of the Shankly setup. He won the European Cup once with the Reds and three league titles. On his time at the Kop he quoted ” The only thing I fear is missing an open goal in front of the Kop. I would die if that were to happen. When they start singing ‘You’ll Never Walk Alone’ my eyes start to water. There have been times when I’ve actually been crying while I’ve been playing.”

A proper club legend for The Reds.

Another Centre back makes this list. But, Alan Hansen was no normal center back, not by any stretch of the imagination. He was nonchalant with the ball. Bill Shankly called him the best defender he had ever seen. In another world, Alan Hansen and Virgil Van Dijk could’ve made one of the greatest center-back pairings you could ever wish to see. Hansen was included in the PFA team of the century and the overall team of the century. And he won everything with the Reds. The best centre-back in the history of Liverpool FC. One of the biggest legends in their most successful era. And one of the most adored people by the Kop. He is a legend and a half.

The highest goalscorer in the great history of the Reds. Ian Rush was a lethal finisher. He netted goals for fun. And made defenders and goalkeepers look like fools. He could score with both his feet and was excellent in the air as well. A mesmerizing footballer and a great person. Rush netted in a staggering total of 346 goals for the Reds. A tally that won’t be broken anytime soon, if ever. He is also a member of the PFA team of the century. A living legend, and so he ranks 4th on this list of the greatest Liverpool players of All time.

A gem of a human being and an absolute legend. John Barnes is absolutely loved by the Kop. He was a genuine joy to watch on the ball. And, thus he attracted crowds. The man demanded attention, and people gave him. The Merseyside folk all ages absolutely loved him. When he was playing, you couldn’t keep your eyes off the television. One of the greatest players to ever have played for the Reds. And one of the greatest wingers ever. John Barnes has an unparalleled legacy. He also won everything with the Reds. Barnes was also inducted in the PFA team of the century. Furthermore, John Barnes was inducted into the English Football Hall of Fame in 2005. A true legend of the game.

“King Kenny,” as the Kop called him. And the Scott was their King. The man wearing No.7 used to terrorize opposition defenders. Not many players have had a greater influence on any club like Kenny Dalglish has had at Liverpool FC. Dalglish won everything with the Reds as a player and then came back as player-manager and won 3 league titles again. Bob Paisley signed him on a record transfer fee, and Boy, did he pay that fee back and more. One of the most adored players by the Kop ever. Kenny Dalglish is regarded widely as their greatest player ever. Sir Kenny was awarded as the greatest Scottish player of all time in 2020. Thus, cementing his legacy as one of the greats.

By now, there would be no surprises as to who tops this list. The mighty Steven Gerrard. Perhaps, there is no man more loved in Liverpool than Steven Gerrard. He is revered as a god by the people on Merseyside. Stevie G is the greatest ever Prem midfielder. The man carried the weight of this big club on his shoulders all through his playing career. He had everything you wanted out of a midfielder. Arguably, the most complete midfielder the game has ever seen. Stevie had it all: tap-ins, volleys, long rangers, tackles, important goals, passing, and heading. The man is a phenomenal player. He breathed Liverpool. Had it not been for him, Liverpool might’ve been in a relegation battle for some part of this century. UEFA included him in the Team of the century. Among his many personal accolades.

He won the Champions League with the Reds. In the most dramatic fashion. In the famous 3-3 final played between Liverpool and AC Milan, in which he scored. There are many quotes that define him but the one that kind of does him justice is what Jurgen said to King Kenny after they won the Prem.

“This club is built on your soul and Stevie’s legs”. And indeed, the success they’re tasting now is built on Steven Gerrard’s legs. If you want to know more about him here is the link for his documentary on Amazon Prime. And this concludes the list of the Greatest Liverpool players of All time.

Here is also a list of the most iconic players that have played for the great club.