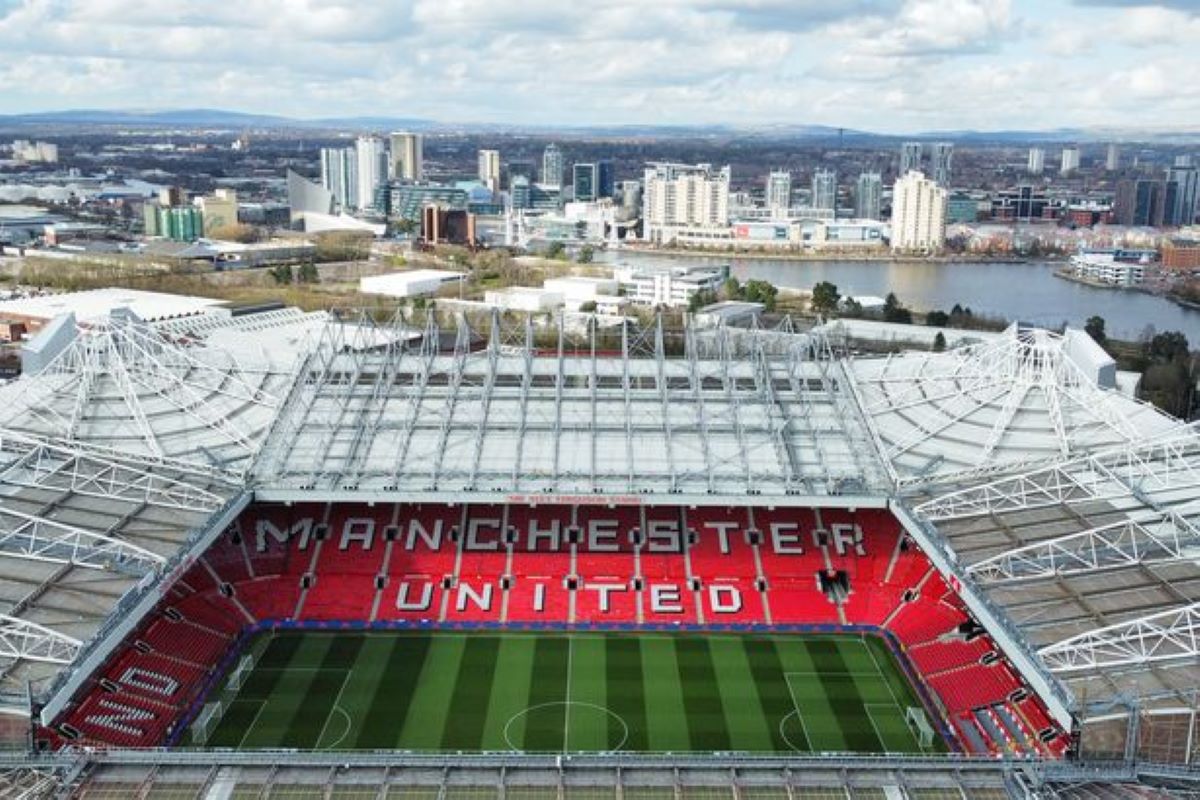 Manchester United A.K.A “The Red Devils” are one of the biggest clubs in the world. And, they are the second biggest club in England. The red side of Manchester has seen them lift Three champions league. United have won the most league titles in England, which is 20. A club that saw its most successful period under the management of Sir Alex Ferguson. Sir Alex made United a force to be reckoned with in all of Europe. And as a result cemented his legacy as one of the, if not the greatest manager in the history of the Beautiful Game. United haven’t won a league title since Sir Alex retired from management. They have seen a downfall over the last 9 years due to bad management and recruitment systems. But you can’t keep a club of their stature down for long. They will rise again and challenge for the titles in the upcoming seasons. So, presenting here a list of the Top 10 greatest Manchester United Players of All Time.

When United signed this 18-year-old skillful Portuguese winger, no one would’ve known how great he’ll end up being. Regarded by many as the greatest player to have ever played the game. Cristiano arrived at United with expectations you don’t normally associate with a teenager, but boy did he shatter those expectations and more. The great man is the highest scorer in the history of football. He has netted 807 goals* for club and country. He is the top goal scorer in international football, and is only a short matter of time before he becomes the highest at the club level as well. The man has won Five champions league and Five Ballon D’or s. And won three league titles in a row at Manchester United. The young winger was a joy to behold at Man United. He had everything: skillful dribbling, long-range goals, headers, weak foot goals; furthermore he used to be a mesmerizing free-kick taker. His free-kick highlight at United is still an absolute joy for the eyes. Ronaldo won a Ballon D’or at United, nobody has won it in the Premier League since then.

Now 37 years old, he has returned to United again to help them back into glory days, but they will be going trophy-less this season as well. Although, the great man will try to will them to trophies in the upcoming season. He ranks 10th on this list of the greatest Manchester United Players of All Time.

Former captain of the club. The man left everything out on the pitch. Definition of the word “professional”. He is the joint-most successful Irish player of all time. Keane was inducted in the Premier League hall of fame in 2021, cementing his place among the greats. Seven premier leagues, 4 FA Cups, and a Champions League at United. And that famous treble in 1999. Roy Keane, with his great legacy and all his accolades, ranks 9th in this list of the greatest Manchester United Players of All Time.

The big Dane was an integral part of the United setup. His insane reach and reflexes separated him from his peers. A goalkeeping legend, still to this day the only goalkeeper to have won Prem player of the season. Thus, cementing his legacy as one of the greats of the game. Peter has everything you wanted from your keeper. He made great saves and was a great leader at the back. It is safe to say that United wouldn’t have won what they won had it not been for the colossus Dane at the back. 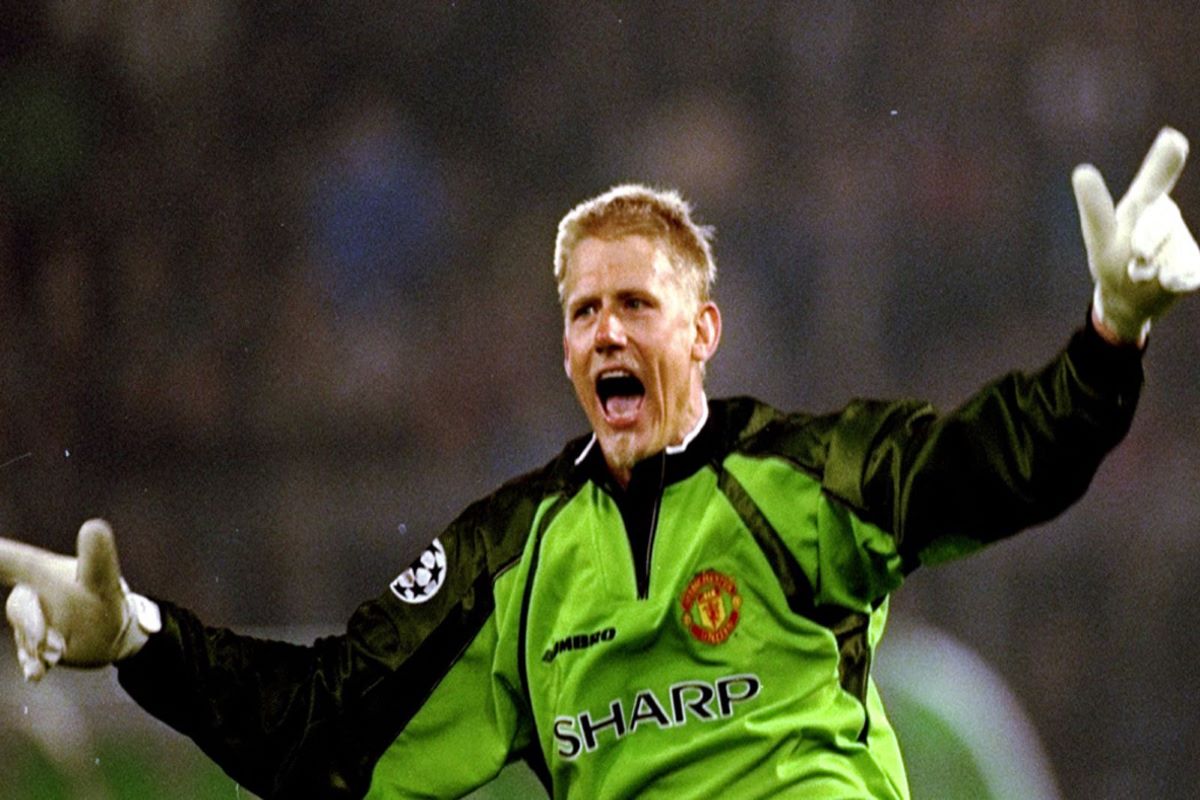 Dennis Law was named the Lawman and the King by the united faithful. The man that is the only Scottish player to win the Ballon D’or. The third-highest scorer in the history of the club after Bobby Charlton and Wayne Rooney. He netted 237 times in 404 appearances for them. One of the part of the United ‘Holy Trinity’. You have to be really special for a statue of yours to be erected as a united player after having played for City. That should give you an idea of how special Dennis Law was. A great player and a great goal-scorer.

Who doesn’t know about Eric Cantona. The man that started United’s dominance. The French was a joy to watch on the ball. He demanded attention. He won 4 league titles in his five years at United. Cantona wore the iconic No.7 jersey for the red devils. Nicknamed ‘King Eric’ by the Old Trafford faithful. Set against his achievements was a poor disciplinary records. He once assaulted a Crystal Palace supporter and was sentenced to an 8-month break from football and a community service. The charismatic Frenchman announced his retirement from football aged just 30 to pursue a career in acting. He ranks 6th on this list of the greatest Manchester United Players of All Time.

The midfielder was also one of the ‘class of 92’. One of the best all-round passer the game has ever seen. And one of the best passers in the English game. He was also a part of the ‘Golden generation’ of England. Also, one of the finest midfielders of the generation. The United game went through him, he was the maestro that ran the whole show. He controlled the whole game and had great vision. Scholes was a great striker of the ball, his long-range goals were a thing of beauty. Furthermore, he could strike it with great power making it unable for the goalkeeper to save. The man was a genius and a half.

The quick and skillful winger. Ryan is a premier league legend and holds the record for the most assists in PL history. And he is second on the list of all-time appearances in PL history. He is the player with the most number of Premier league titles in history. He was a part of all of the 13 title-winning sides. Giggs was also an integral part of the treble-winning side of ’99.  And is the record appearance maker for the club. It can conclude that he is one of the greatest Welsh players of all time. And, with all that, he ranks 3rd on this list of the greatest Manchester United Players of All Time.

The legendary player is the second part of United’s famous ‘Holy Trinity’. Sir Bobby is the second-highest goal-scorer in the history of the club. His record which stood for years before a certain Wayne Rooney broke it in 2017. He is also the second-highest goal-scorer for England, another record which stood for years before being broken by Wayne Rooney in 2015. The man was also the highest appearance maker in the history of the club before Ryan Giggs broke that record. He was an integral part of the England’s World Cup winning squad in 1966, also the year he won the Ballon D’or. There is a stand in Old Trafford after him. He captained Manchester United to their first European cup. Sir Bobby scored twice in the final to help them lift it, becoming the first English club to win the cup. He is an all-time great of the game and an all-time Manchester United legend, thus being 3rd on this list of the greatest Manchester United Players of All Time.

The “White Pele”. Wayne Rooney is the definition of a once in a generational talent. He is one of the most talented teenagers football has ever seen and certainly the most talented English teenager ever. He had everything you wanted from your forward, he was direct, had immense strength, courage, unrivaled work-rate, and an unparalleled talent and love for the game. The boy born and brought up in a small town named Croxteth. Wayne was brilliant, he was dubbed the ‘White Pele’ by the Evertonians, and the name caught on from there. To give a testament to how good he was, the whole of England had their expectations on him to bring the Euros home in 2004 when he was just 18. Wayne is the highest goal-scorer for England and also the highest goal-scorer in the history of Manchester United.

Rooney’s stellar career would’ve been more great had it not been for injuries. To get a more detailed look into Rooney’s life, watch his documentary on amazon prime by clicking here.

The final member of the ‘Holy Trinity’, George Best is an absolutely adored player by the United faithful. He was an insanely talented player and could work wonders with the ball at his feet. He went past players as if they weren’t there. The man also won a Ballon D’or while at the club. He didn’t live a long life but a rich life. He enjoyed every moment and lived in every moment, and he was absolutely admired for that. The way he played brought in people. People would buy tickets just to watch him play. The man that made the number 7 shirt famous. All this should be enough evidence to tell how great a player he was.

And so this concludes the list of the top 10 Greatest Manchester United Players of All Time.