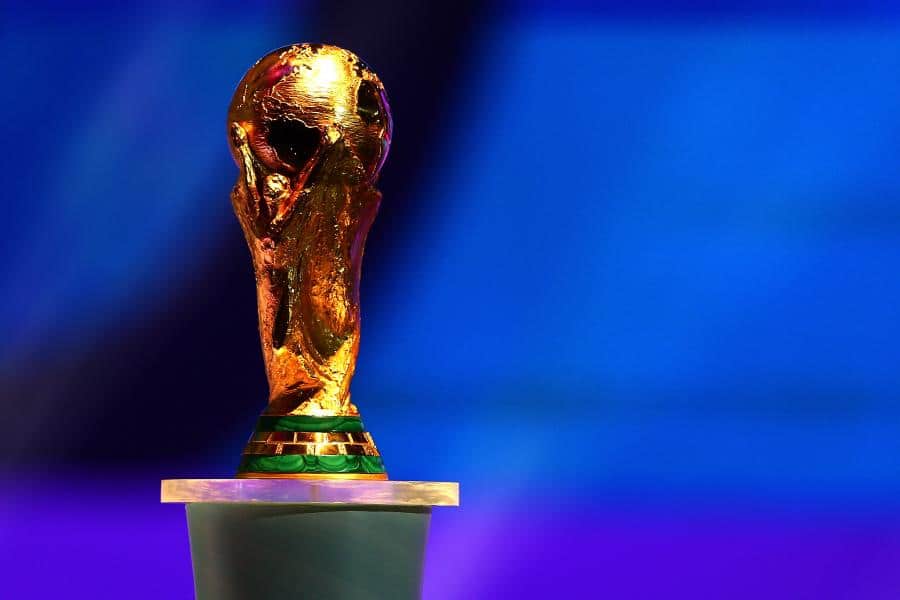 Top 10 Most Expensive Football Trophies in the World

The beautiful game of football where passion runs high and the rewards are tremendous. A victory on the football field can turn you into an overnight sensation. However, winning a trophy in football means your name will be etched in the history books forever. That is the legacy of football trophies. There are many football tournaments all over the world. Some are extremely famous and with that fame comes a price which makes these trophies some of the most expensive in the whole wide world. Let us delve into the top 10 most expensive football trophies in the world and find out the legacies and stories each of them hold.

The Campeonato Nacional de Liga de Primera División, or La Liga as known to English-speaking countries, is one of the oldest tournaments in the world. Established over 93 years ago, it serves as the top division of Spanish football. It isn’t much known about the current history of the trophy. However, it is supposedly valued at $29000 and made of silver and wood. It has weighed around 18 kgs and is 70 cm in height. Being one of the oldest leagues in the world, the prestige and importance of the trophy cannot be overstated.

The showcase of the immortals. UEFA Champions League is an annual tournament played among the best clubs in Europe. Qualification is based on the top standings in the respective leagues across the whole of Europe. Playing in the UEFA Champions League is considered as one of the greatest club achievements in European football. The tournament began in the year of 1955, with the inaugural champions being Real Madrid. Over the years, the tournament has garnered its prestige due to the quality of football it offers. Specifically, a grand stage for world-class players to compete against each other.

The inaugural trophy was permanently awarded to Real Madrid in 1967. The current iteration of the trophy was forged in 1967 for 10000 Swiss Francs. Which amounts to around $50000 by today’s standards certainly places it among the Top 10 Most Expensive Football Trophies in the world. Made of pure silver, weighing 11 kgs and 74 cm in height, it is one of the most recognizable trophies in the world today.

The Bundesliga Meisterschale has been awarded to the top-tier German Football League champions since 1949. Literal translation of Meisterschale means champions’ bowl, it is considered as the highest honor in the German Football hierarchy. It was forged in the year 1949 and was first awarded to VfR Mannheim. Made of pure gold, silver, and tourmaline, the Meisterschale is estimated to be around $57,102. Currently, Bayern Munich have the distinction of holding being the league champions 32 times in their history, out of which they have been awarded the Mesiterschale 31 times. Before the Meisterschale, there was another trophy by the name of Viktoria, which went missing in 1944 during the second world war. Since then, the Meisterschale took its place and remains in contention to this day.

The Coppa Campioni d’Italia was forged in 1960 by sculptor Ettore Calvelli. Awarded to the champions of the Serie A, it remains one of the most prestigious and coveted trophy in world football. Made out of blue sodalite base and a gold ring in the middle, the trophy is the perfect representation of the legacy, importance, and the quality of the players involved in the tournament. The trophy is considered among the costliest in European football and thus is among the top 10 most expensive football trophies in the world. The passion and desire the Italian fans encompass is visible in the creation of this trophy. Valued at around $66,000, it certainly upholds the year-old traditions captured within the trophy.

Standing at 52 cm tall and weighing 6.2 kgs, the DFB-Pokal trophies is one of the most coveted prizes in German football. Bayern Munich has the distinction of lifting the gem-studded trophy 18 times in their history. The trophy comprises of 42 gems in total comprising of tourmalines, rock crystals, and nephrites and is forged in pure sterling silver. It was created by Wilhelm Nagel in 1965 and is valued at $108,000. The trophy was recently expanded in 2021 in order to accommodate the names of future winners. This year the final will be played among SC Freiburg and RB Leipzig. A match to certainly look forward to for the fans of Bundesliga.

There has been 3 iterations of the Africa Cup of Nations trophy. The current iteration of the trophy is a gold-plated cup that was forged in Italy in the year of 2001. Considered as the most precious and well-known trophy for African football, the gold-plated trophy is currently valued at $150,000. It is among one of the most expensive trophies in world football, and it stands to occasion of the fact that the passion the African football fans possess. Moreover, Egypt hold the distinction of being the only nation to win the competition 3 times and thus have a full-size replica awarded to them.

Now we are getting into the absurd territory in regards to value of trophies. The FA Cup tournament is considered as the oldest national competition to exist in the world. Founded in 1871, the first trophy which was awarded cost $25.68 to make. At the time, it was considered a huge amount. However, the trophy was stolen in 1895, and a replica was used in place of the original.

According to UEFA, the Europa League trophy is the heaviest among all UEFA trophies. It weighs around 15 kgs in weight and has a height of 65 cm. The Europa League trophy is awarded to the winners tournament, which is the second-tier competition of European club football, ranking below the UEFA Champions League. The trophy is made of silver and placed on a yellow marble plinth. It was designed and forged in Italy by the Bertoni workshop. Evaluated at an impressive $4.5 million, the Europa league trophy certainly is much more expensive than its first-tier competition, the UEFA Champions League.

The Argentinian league trophy, Copa Libertadores, is simply astonishing. Valued at around $8.5 million, the trophy is made out of sterling silver, bronze, and hardwood plywood. . Originally, the trophy was not made to last a long time since there were only space for 18 names to be added to the trophy. However, the legacy and passion of South American football withstood the test of time, and the tournament is now one of the most important events in South American football. Similar to the UEFA Champions League, the tournament invites the champions and runner-ups of the respective football leagues across South America.

Valued at a massive $20 million, the FIFA World Cup trophy is the most expensive trophy in the world. The trophy weighs around 6.175 kgs and stands at 36.5 cm tall. Made out of 18 carat gold, the structure of the trophy is made hollow. This is due to the fact that a solid trophy would weigh near about 80kgs and would be difficult to lift. The trophy was manufactured by the famed Bertoni workshop in Italy.

The trophy has undergone a few modifications over the years, like the addition of a plate on the bottom side of the trophy, which would contain the engravings of the winners. The winners name are engraved in their native language. Undoubtedly the most prestigious trophy in the footballing world. The price tag surprisingly defines the importance and legacy of the tournament it portrays.