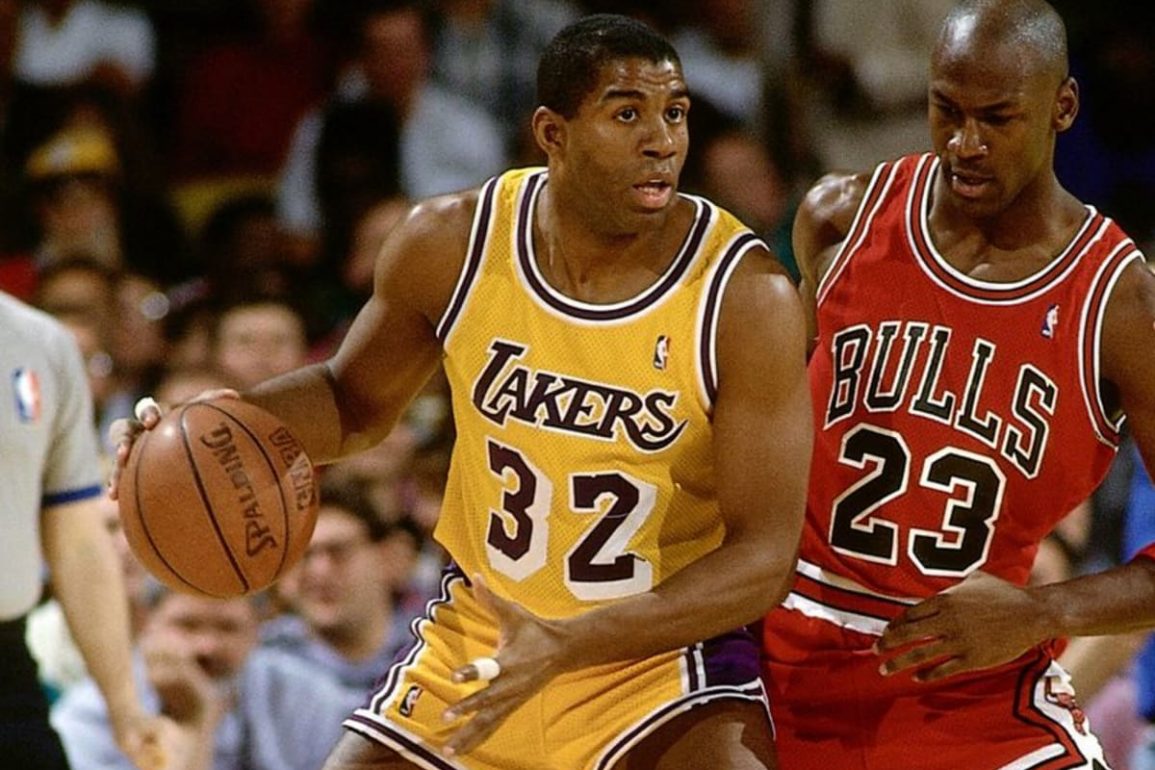 The NBA’s market value and popularity is ever-growing. Basketball has become a multi-million dollar sport. And, hence basketballers have become multi-millionaires. Ascending revenues from television, sponsorships, and licensing have resulted in huge contracts and deals for everyone involved in the NBA. As a result, 8 of the 15 highest-paid players are currently in the NBA, and the rest all played during the last decade. The highest-paid player in the NBA recently exceeded the $40 Million mark in the NBA. Larry Bird was the first player to earn $5 Million or more in the 1991-92 season. Magic Johnson became the first player to earn $10 Million and more in the 1994-95 season. Michael Jordan became the first player to earn $20 Million and $30 Million in 1995-96 and 1996-97 respectively. Jordan held the record for the highest fees ever till Kobe was handed a $30 Million contract by the Los Angeles Lakers. Stephen Curry was the first player to be handed out a $40 Million contract by the Golden State Warriors in 2019-2020. Here is the list of the 15 highest-paid Basketball players of all time.

The power forward played for Toronto Raptors and Miami Heat in his career. He was forced into an early retirement by a blood clot condition that the NBA ruled to be a career-ending one. But, Bosh still played for three extra years and took an early retirement at the age of 31. The 11-time NBA All-Star was the fourth overall pick in the draft by Toronto in 2003. The 2 time NBA champion has set up a foundation in Dallas and in Toronto to promote youth education and sports. He ranks 15th in the list of highest earners in NBA.

The 5 time NBA All Star is currently playing for the Boston Celtics. He was the third overall pick in the 2007 draft. And he was drafted by the Atlanta Hawks. He has played for the Hawks, Philadelphia 76ers, Oklahoma City Thunder, and now for the Celtics. He was the second highest paid player in the league in the 2016-17 season.

The Center was the first pick in the 2004 draft to the Orlando Magic. The 8 time NBA All Star has played for Orlando Magic, Houston Rockets, Atlanta Hawks, Charlotte Hornets, Washington Wizards, Philadelphia 76ers and is currently at the Los Angeles Lakers. He was a part of the Lakers team that won the title in 19-20 season. Howard was the 4th highest earner in the league in the 15-16 season.

“The Big Fundamental” was the first pick in the 1997 draft by the San Antonio Spurs. Duncan spent all his senior career at the Spurs. He is widely regarded as the greatest Power Forward in the history of the game. Tim is one of the best mid-range shooters the game has ever seen. The 5 time NBA champion was inducted into the Naismith Memorial Basketball Hall of Fame in 2020 and was named in the NBA 75th Anniversary Team in 2021. The 15 time All Star’s No.21 jersey was retired by the Spurs franchise in December 2016.

Dirk was the 9th pick in the 1998 draft by the Milwaukee Bucks and was immediately traded to the Dallas Mavericks, where he spent the entirety of his 21-year-long career. Dirk is one of the greatest Power Forwards in the history of the game. Furthermore, he is widely regarded as the greatest European player of All Time. The 1 time NBA champion is the 6th highest scorer of all time. The 14 time NBA All Star was awarded the Laureus Lifetime Achievement Award in 2020 and was named in the NBA 75th Anniversary Team. The Dallas Mavericks retired his 41 jersey in 2021. The big German could’ve been much higher on this list, but in the later phases of his career he signed friendly deals with the Mavericks. Owing to his love for the franchise.

Steph was the 7th overall pick in the 2009 draft by the Golden State Warriors. The greatest three point shooter this sport has ever seen. This 3 time NBA Champion has hit a staggering 3000 three pointers. He is the first player to be given a contract with the salary in the excess of 40 million. ‘The chef” signed a mammoth $201 Million deal with the Warriors in 2017, with his buyout being $45.7 Million, the highest ever in NBA in 2021-22. The 3 time NBA champion has been the highest-paid player in the league for a consecutive five seasons running. Following from 2017-18 to the ongoing season.

The shooting guard was the third overall pick in the 2009 draft by the Oklahoma City Thunder. Harden has played for Oklahoma City Thunder, Houston Rockets, Brooklyn Nets and is currently at Philadelphia 76ers. The 10 time all star is the second highest-paid player in the ongoing season behind Steph with $44.3 Million.

The point guard was the 4th overall pick in the 2008 draft by the Oklahoma City Thunder. Westbrook has an unprecedented 193* Triple Doubles. He has played for Oklahoma City Thunder, Houston Rockets, Washington Wizards, and is currently at The Los Angeles Lakers. The ‘Triple Double King’ is currently the 4th highest earner in the league, ahead of his teammate LeBron James.

The Center was the first pick in the 1992 draft by the Orlando Magic. “The Diesel” is one of the greatest in his position. The 2 time NBA Scoring Champion has featured in the NBA 50th anniversary team and the NBA 75th anniversary. He has won the NBA 4 times, including a three-peat in the years 2000-2002. Shaq is a 15 time All Star and has played for Orlando Magic, Los Angeles Lakers, Miami Heat, Phoenix Suns, Cleveland Cavaliers, and the Boston Celtics. Shaquille was the highest-paid player in the league in the following seasons: 99-00,04-05, and 06-07.

The small forward was the second overall pick in the 2007 draft by the Seattle Supersonics/Oklahoma City Thunder. Durant has won 2 NBA Championships. He is a 12 time All Star. K.D was inducted in the 75th Anniversary Team. The 1 time MVP has played for Oklahoma City Thunder, Golden State Warriors and is currently at the Brooklyn Nets.

“Mamba” was one of the greatest players NBA has ever seen. Kobe was in the All star team every season in the 21st century till he retired. The Lakers have retired his both No.24 and the No.8 jersey. Bryant, alongside Shaq, won a three-peat of NBA from 2000-02. He won a total of five championships. Kobe spent all his career at the Lakers. The two-time scoring champion was one of the best shooters and dunkers the game has ever seen. He once hit 82 Points in a single game. This total is only bettered by Wilt Chamberlain, who once hit 100. Kobe ranks 4th in the all time scoring charts. He was the highest earner in the league from seasons 2009-10 to 2015-16. Furthermore, he was the first player since Michael Jordan to have a $30 Million salary.  The Mamba was inducted into the 75th Anniversary Team, cementing his status at the top of the ladder.

The point guard was the 4th pick overall in the 2005 draft by the New Orleans Hornets. “CP3” was the second-highest earner in the league in 2020-21 season, just behind Steph Curry. Chris Paul has played for New Orleans Hornets, Los Angeles Clippers, Houston Rockets, Oklahoma City Thunder, and currently is at Phoenix Suns. He is a 12 Time NBA All star.

The power forward was the 5th pick overall in the draft by the Minnesota Timberwolves. “The Big Ticket” was one of the greatest dunkers in NBA history. He is one of the five players to have won NBA MVP and Defensive Player of the Year. He has played for Minnesota Timberwolves, Boston Celtics, and the Brooklyn Nets. KG was a 15 Time All Star and won the championship once in 2008. He was the highest-paid player in the league from 2000-2004 and from 2006-2009.

King James is one of the greatest this game has ever seen and will ever hope to see. LeBron is currently in his 19th season and still shattering records at the age of 37. He was the first pick in the draft by the Cavaliers. James has won 4 NBA Championships. He has 4 Finals MVP and 4 MVP’s. LeBron was the third player to enter the $30 Million club, following Jordan and Kobe. James was the highest paid player in the league in 2016-17 season. The King has played for the Cavaliers, Miami, and is currently playing for the Lakers. James is the only player to have 30,00+points, 10,000+rebounds, and 10,000+ assists. LeBron is second in the all time points list, and it is only a matter of time before he becomes the outright top scorer in NBA history.

Also Read: Sergi Roberto Has An Offer From Atletico Madrid 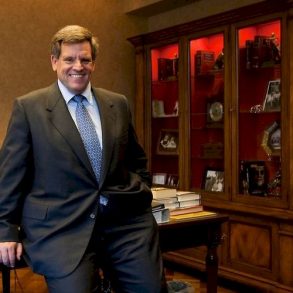 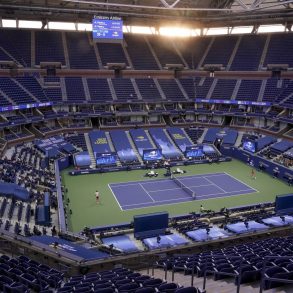