Can Antonio Conte return the favor or Thomas Tuchel walk by the Hotspur hurdle again ? 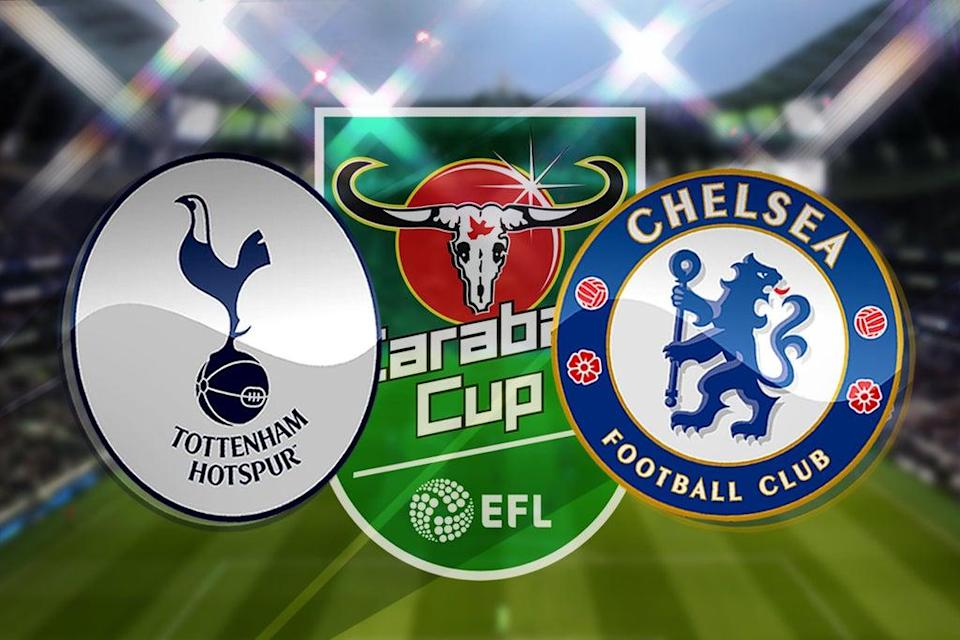 After the smooth and comfortable 2-0 win over Tottenham in the first leg of the Carabao Cup Semi-Final. Chelsea and Thomas Tuchel are looking invincible on-field for the second leg. The first leg was rounded so swiftly that it did not look like a competition. Kai Havertz struck early and a Ben Davies own goal quick fired the Chelsea win. With that win, Chelsea is a club that looks like a team to root for in the Carabao cup. The Champions League winners never looked in doubt this season except for a few instances. Especially when it came to crucial matches. It is only the Premier League which looks like a tough job currently, with the league leader Manchester City running away with the points ahead. This post will contain Tottenham vs Chelsea Carabao Cup Semi-Final 2nd Leg Predictions

Whereas, on the other hand, Tottenham have somehow managed to steady the ship after Antonio Conte came in as the captain of the ship. But suffering his first defeat in a cup tie was not in his plans anytime soon. Alas, that too happened through the brilliance of Thomas Tuchel’s Chelsea. Though building up to the second leg, Spurs nearly had another scare in the FA Cup tie against Morecambe but somehow managed a carefree 3-1 win forced by the reinforcements provided by Harry Kane and Lucas Moura. And adding up to Chelsea’s tension, Spurs have been pretty much undefeatable after they introduced Antonio Conte as their manager. Especially when they play at the Tottenham Hotspur Stadium. Conte with a sublime run of 7 wins and 1 draw is looking strong as ever in home advantage.

On the other page, Chelsea and Thomas Tuchel too had a famous and comprehensive 5-1 win over Chesterfield in the FA Cup tie. With an unorthodox playing XI and a handful of goal scorers coming through that match. Tuchel looks hopeful of the squad and can happily guarantee a tough competition to any team in the world. So the real question is can Antonio Conte turn the table in favor of the Hotspurs or not?

Date, Time, and Where to Watch Tottenham vs Chelsea

Tottenham vs Chelsea at Tottenham Hotspur Stadium on the 13th January 2022. The kick-off is at 1:15 AM (IST). Fans in India can watch this exciting game on MTV and if they want to stream it live then your go-to app would be Voot Select or Jio TV.

Also, for the rest of the world, the match is scheduled for a 7.45 PM GMT kick-off on Wednesday, January 12, 2022. The match will be televised in Sky Sports Premier League and Football.

Players to Watch Out For :

Chelsea is high on form and Spurs are all in to prove a point. Both teams are putting their best selection of foot ahead in this clash of the tacticians. Chelsea and Tottenham are indeed heavyweights of the English football universe and it would be fair to say that both the teams are star-studded.

For Tottenham: In absence of their on-form star player Son Heung-Min, a lot of responsibility lies upon their skipper Harry Kane. Antonio Conte relies heavily upon his captain and his star winger Lucas Moura. So, it won’t come of to any surprise if Moura and Kane can get it all for the Spurs against Chelsea.

For Chelsea: The last few weeks have been very controversial regarding Chelsea’s star striker Romelu Lukaku. Though, his last couple of appearances has been very fruitful, in terms of goals and involvement. Lukaku looks to get his numbers up and prove a point to the critics.

The second leg clash between these two footballing giants is worth the magical 90 minutes and beyond if required. Chelsea and Tottenham look to fight it out in the Tottenham Hotspur Stadium going all in with all the resources available. Of course, Chelsea has an upper hand already, having a 2-0 lead is going to make things easier for them but Tottenham is a team that has been consistent over the few games at their home ground. So, as per the predictions are concerned, it looks like a Hotspur win but the Blues go through to the Carabao Cup finals with a scoreline of 2-1.