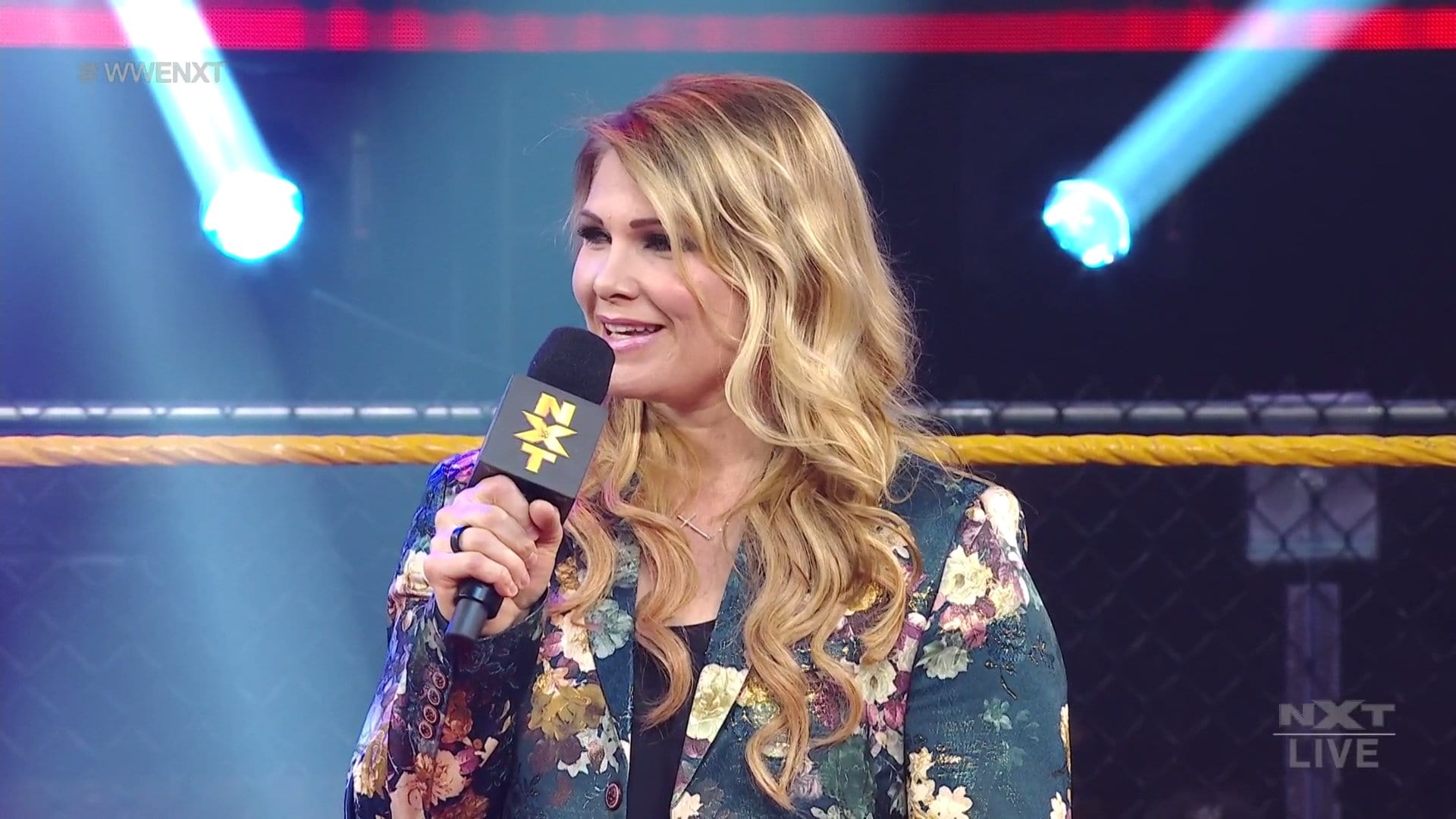 Beth Phoenix is one of our favorite female wrestlers. We love to watch her fight inside the ring. That is why her not being on the NXT was a huge shock to us. WWE has several promotions, and all of them have become a brand. Out of all of them, NXT is one such brand, which is comparatively new. Many of the modern-day wrestlers were once a part of the NXT roster. Seth Rollins, Roman Reigns, Kevin Owens, etc., were all part of NXT once. Recently, NXT WarGames 2021 were held. Beth Phoenix was supposed to be one of the commentators over there. But she was not present during the promotion, which gave rise to several questions.

Why was Beth Phoenix not on NXT? Is she okay? Is there any ongoing issue that we do not know about? No, there is no such dispute between her and the company. Beth Phoenix has always given her all for WWE, and she will remain an integral part of the company. But for the moment she will not be seen taking any on-screen duties. The reason for this is what this topic is about. We will be discussing the reason and presenting it to you all, so there is no room for discomfort. So keep on reading the article to know why Beth Phoenix was not on the NXT WarGames 2021.

Why was Beth Phoenix not on the NXT WarGames 2021?

Beth Phoenix was not present on NXT WarGames 2021 due to personal reasons. The former Divas Champion said that she will be an integral part of WWE in the coming years, but for the moment she would like to focus on her family. Beth Phoenix is married to WWE Hall of Famer Edge, whose real name is Adam Copeland. They have two children together. The elder one is Lyric Rose Copeland, and the younger one is Ruby Ever Copeland. Beth Phoenix, in an interview, said that:

“I will be forever grateful to Vic Joseph, Wade Barrett, Nigel McGuinness, Tom Phillips, Mauro Ranallo, Triple H, Shawn Michaels, Michael Cole, and my entire NXT family both in and out of the ring for the amazing opportunity. NXT will always be part of me, and Auntie Betty will always be a part of NXT. Leave the porch light on for me!”

She also added that it was a tough decision to make, but she is confident in what she is doing. She will cherish her days spent behind the commentator’s desk on WWE NXT. Her husband recently returned to the ring almost after a decade, so it is interesting timing for it to happen.

Also Read: What Is John Cena’s Age? How Old Is The 16 Times WWE World Champion?

What Is Beth Phoenix’s Future Plan?

For the moment, Beth Phoenix’s sole focus will be to take care of her family. It is unfortunate, but the fans will not be seeing her on television anytime soon. Her husband is currently having a feud with The Miz on WWE. Surrounding it, there has been an ongoing rumor that Beth Phoenix might return to the WWE ring to wrestle again. It will be a dream come true for several fans. The Miz always has her wife, Maryse, by her side. She is also a former WWE wrestler. So it might give rise to a mixed tag team match between Edge and the Miz. And who better could side with Edge than his wife. It is still for the company to figure that out, but if it happens, it will be a chartbuster.

Beth Phoenix has had a glorious career. Her career rivals that of Trish Stratus and Lita. After her official debut in WWE in 2006, there was just no holding back for her. She was a powerhouse and had no problem picking up other female wrestlers. Phoenix was last seen wrestling in 2012. She is a former Divas Champion and three times WWE Women’s Champion. Beth Phoenix was inducted into the 2017 Class of WWE Hall of Fame. Since then, she has been seen doing part-time commentary with WWE. From 2019, she became a full-time commentator in WWE NXT. She would do that for a couple of years before leaving in 2021. She even has a Slammy Award. Beth Phoenix will always be one of the most beloved WWE Superstar. Her absence from the company will always be felt. But we are hopeful to see her wrestle again, beside her husband.

Also Read: What Is Brock Lesnar’s Age? How Old Is ‘The Beast’?