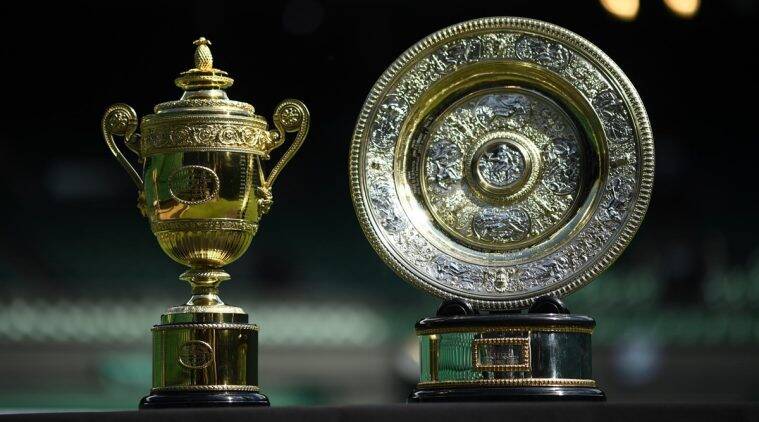 Wimbledon 2022 draws are out, and predictions have started flowing in. Everyone is busy using their minds to set up potential clashes and predict their own winners. Even the number of sets, where the match will end, or the exact score of the sets are being discussed. But what better promotions for a tournament than this. The draws were held today at 10 am GMT, and there are some interesting matchups in the first round. From Britain’s point of view, Emma Raducanu will be up against  Alison van Uytvanck from Belgium. A very tricky opponent who knows how to send great players home in early rounds. She defeated Garbine Muguruza, the 2018 Wimbledon Champion, in an early round. Alsion is world no 47, so in no way she should be taken lightly.

Luckily for Emma, she was at the bottom end of the draw, so she would avoid facing Iga Swiatek until the final. Our long race horse, unseeded Andy Murray, will be facing James Duckworth of Australia. If he wins his first round, he will face Enzo Couacaud or John Isner in round two. As far as the comeback queen is concerned, Serena Williams will be up against world No 113 Harmony Tan. Serena is making her appearance after 2019, and it will great to see her back on the grass. Rafael Nadal has to face Francisco Cerundolo while Novak Djokovic plays world No 75 Soonwoo Kwon. If all goes well for both of them, then they are sure to face each other straight in the final.

Wimbledon 2022 Draws: Novak Djokovic Vs Alcaraz In The Quarter-Final

Wimbledon 2022 Draws are here, and speculations have already begun. Carlos Alcaraz will face Jan-Lennard Struff in round one. Speaking about his chances on grass, Alcaraz said, “I don’t think this year it’s going to be my surface,”. “For sure, in the future, I can play pretty good on this surface if I play tournaments before Wimbledon, and I think I will feel comfortable playing on this surface.”. He has kept it low saying all this, but his potential has no limits. If all goes well for him in the first four rounds, it is likely he will be up against Novak Djokovic. That is one round nobody wants to miss, and everyone hopes it happens.

For both the players to set up a clash against each other, they will have to make it to the semis. Before that, there is no chance of them playing each other. In the kind of form Berrettini is in, it would be extremely difficult for Rafa to win his third consecutive slam of the year. Matteo is a great grass-court player, this will definitely be a great contest.

Even though the chances are really slim, but if Andy Murray wins, he will be up against Novak in the quarters. That means he would have to beat Alcaraz before that, and if he beats Novak, then Rafa would be waiting for him in the final or Matteo. This would be nothing less than a fairytale for Murray.

World no 1 Iga Swiatek has a fairly easy first-round matchup. Her opponent is a qualifier, Jana Fett.

Wimbledon 2022 is looking really exciting, and we hope the tournament exceeds everybody’s expectations. 27 June at 10 am GMT.