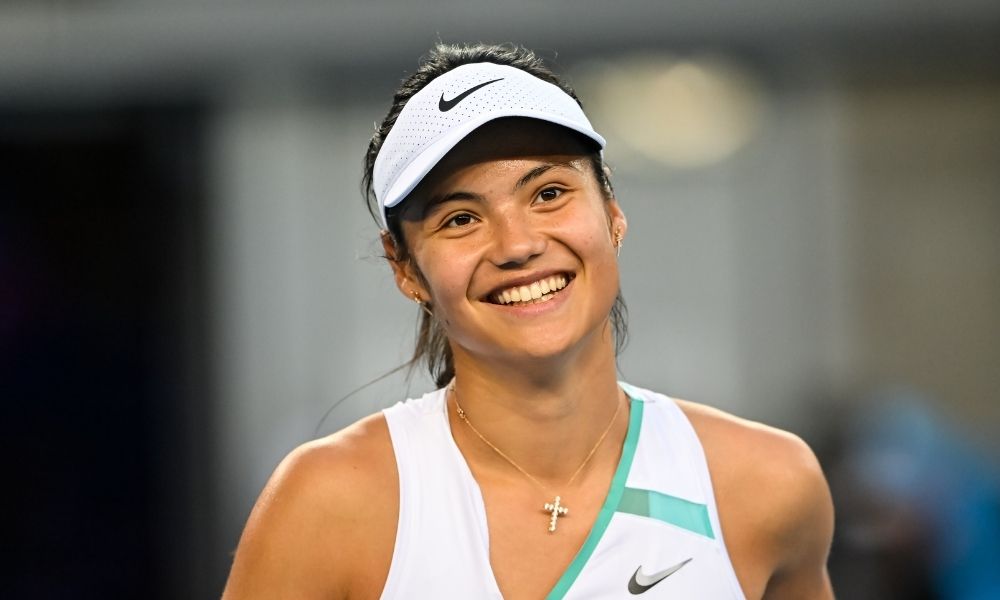 19-year-old Emma Raducanu has been the center of attention recently. Her injury scares her, and her life has been under public scrutiny. Though only 19 years of age, Emma is under constant surveillance from the media and the general public. The US Open champion is a true talent, nobody denies that but with Wimbledon coming, there is an added responsibility if you are British. In Emma’s case, this holds true. Andy Murray is not the same player anymore, so the entire home crowd will be rooting for her. This, for such a young player, could be a lot of pressure. On top of that, she has managed to recover from an injury just in time and has not played any grass-court event prior to Wimbledon.

Iga Swiatek’s form is sensational at this moment. She is on a 35-game unbeaten streak and looks a clear favorite to win the tournament. Pretty sure Emma is aware of all this but will all the hype around her will she be able to deliver? Or will she succumb to pressure? This will prove to be a big test for her so early on in her career. A make-or-break type of situation. A situation out of which champions are born. Will Emma come out victorious and prove to the world if she is worthy of all the hype? Only the upcoming two weeks will tell.

We will discuss if Emma is the next superstar of the UK or not.

Emma Raducanu: Superstar Of The UK?

People of the UK are genuinely sick and tired of watching players of other nationalities playing and lifting the trophy. In at least the last decade, our Scottish champ, Andy Murray, brought some glory to all the supporters winning the Wimbledon twice. Even when he didn’t win, he was always there in the mix of things. He was neck to neck in all his matches and was really special from the rest. Post his achievements, there has not been any British player giving such joy to the supporters. Emma Raducanu, now, has made a statement. She has made people believe that she has arrived even though she is just 19. But since age is just a number, people have no doubts about her capabilities. She is probably the best British player currently, seeded number 10 coming into the tournament.

She probably has a mountain of a task in front of her in the form of Iga Swiatek and other female players. The inclusion of Serena after 3 years is also something one must not neglect. Definitely difficult, but someone has to be a superstar, the path is never easy. She has the entire stage in front of her. Opponents have set, and the courts are ready. If she gets going and wins the tournament, then be ready to mark her name in the history books.

Just recently, the Wimbledon draws are out, and Emma is up against world no 46 Van Uytvanck. She definitely has a tricky opponent who is famous for knocking out the 2018 Wimbledon winner Garbine Muguruza. Emma needs to at her best to face this opponent from Belgium. She has the ability to cause upsets.

Wishing Emma Raducanu all the best for the upcoming Wimbledon 2022 and all her future tournaments. Wimbledon start on 27 June at 10 am GMT.