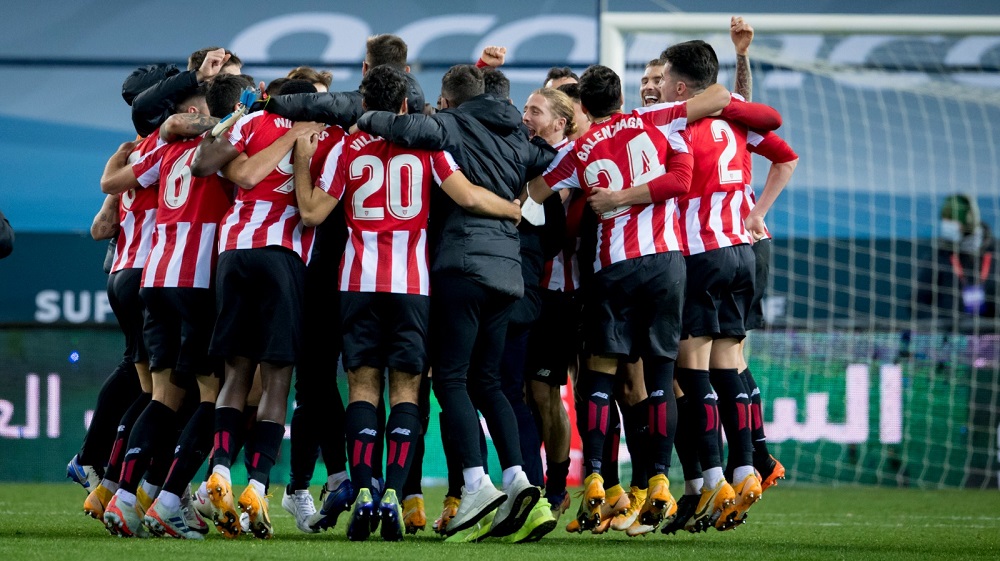 Athletic Club knocked Real Madrid out of the Supercopa de Espana semi-final to fix their spot in final against Barcelona.

Athletic Club of Bilbao played against Real Madrid in the semi-finals of the Spanish Supercopa, at the La Rosaleda. Both the teams were keen to play the semi-finals as the winner of this game would face Barcelona in the final. It was going to be an interesting game as in their last two clashes, Real Madrid had defeated Athletic Club both the times. So let us see what happened during this clash of the semi-final.

The match began as Real Madrid kicked off. Real Madrid, in all-white, got a few early touches in their backline but as they attempted to bring it forward, they found themselves under plenty of pressure from the Lions. Asensio had a chance to make something happen down the left but his lazy back heal to Mendy cut out. The first real shot came from Hazard as he found space on the right side. However, he went just outside the area and let the shot fly straight in Simon’s hand.

In the 13th min, the Brazilian midfielder Casemiro chipped a beautiful ball inside the box. Hazard controlled it really well but was smothered out by two covering defenders before getting a shot away. As a result, Real Madrid dominated the possession for 17 minutes from the beginning including a great attempt from their skipper Ramos. He tried to meet up with a lovely inswinging freekick from Kroos on the left touchline as he guided his header straight into the arms of a grateful Simon.

Just after that attempt, Athletic Bilbao countered and put pressure on the Whites. Consequently, Vazquez gave away the ball in the left-back position, and Vencedor’s pass was successfully collected by Raul Garcia. The striker finished it superbly under the onrushing Courtois to give his side a 1-0 lead. After Athletic Club managed to take the lead with a goal from Garcia, Real Madrid got eager for an equalizer. In the 37th minute, Vazquez got all over Martinez and gave away a penalty to the hosts. Raul Garcia took the penalty and smashed to the right as Courtois went another way. Consequently, the score at the end of the first half was 2-0 in Athletic Club’s favor.

Real Madrid started with a substitution as Varane was replaced by Nacho. The Los Blancos were looking to build now as they desperately needed two goals to level the game. However, Athletic was well-drilled and were holding them at the arm’s length. Madrid had the bulk of the game but it was still their opponents who almost got three up but failed to do so.

In the 58th minute, Asensio collected from Casemiro in a position where his left foot could do so much damage. He curled it in and dipped but not enough and clipped it to the top of the bar. After innumerable attempts from the visitors in the 74th minute, they get a breakthrough after Benzema met a cross from Nacho in the 6-yard box. The French striker put the ball into the back of the net and got Madrid back in the game after a potential VAR check for offside.

The same situation occurred again as Benzema scored a goal in the 84th min. However, the referee decided to disallow the goal due to offside. The Real Madrid skipper made a lot of attempts for the equaliser but the Lion’s keeper stood still like a wall and made back to back saves. In the injury time, Real Madrid claimed for a penalty but the referee paid no attention. Also, there was a VAR check for a potential handball from Athletic Club. However, in the end, the referee didn’t give the penalty to Los Blancos. With that, the second half ended with a score of 2-1 as Athletic Bilbao sealed their spot in the final. Now, they will be facing Barcelona on 17th January at the Estadio de La Cartuja for the Supercopa de Espana final.