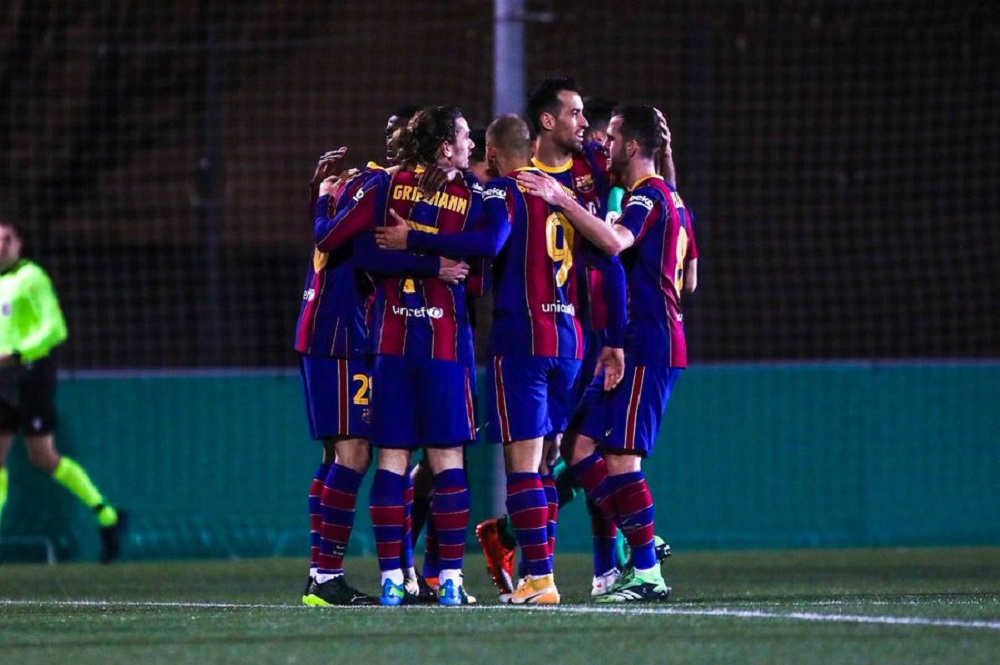 Barcelona defeated Cornella to move through to the Copa del Rey Round of 16.

Barcelona faced Cornella in the Round of 32 of Copa del Rey yesterday night. It was an important match for them as a win in this could help them move ahead to the Round of 16. However, it was not going to be that easy as Cornella had already knocked out Atletico Madrid in the second round of the domestic cup. So, the Catalans needed to prepare for this game and give their best if they wanted to go through to the next stage. As a result, it was going to be a really exciting and interesting match.

The match began as Barcelona kicked off and the Catalans were playing their standard possession game. However, Cornella did not let them off easily as they were pressing highly. Consequently, there were chances created from both the teams but neither was able to convert them. Finally, in the 38th minute, Barcelona got a chance to take the lead as the referee awarded them a penalty for a foul on Araujo inside the box. However, it was of no use as Pjanic took the spot-kick but failed to convert it as the Cornella goalkeeper Ramon Ramirez made a great save. As a result, the score at the end of the first half was tied at 0-0.

The second half began and once again, the Catalans were trying to playing their standard game by maintaining possession. So, the match continued, and once again both the teams were trying to create their chances. However, neither of them was able to convert their chances. Ramon Ramirez made some excellent saves to deny the Catalan players from scoring a goal. But, the worst part was that in the 78th minute, Barcelona got another chance in the form of a penalty. In fact, this time Dembele stepped up to take the spot-kick but even he failed to break Ramon Ramirez as the Cornella goalkeeper made another great save to keep the scores leveled at 0-0.

The match went into extra time as neither of the teams were able to score a goal. However, once the game was resumed, it took Ousmane Dembele just 2 minutes to score a goal for Barcelona. Just as the extra time began, in the 92nd minute, the Frenchman smashed the ball from outside the box. It went straight into the goal after an effort from Ramirez to push it above the crossbar. But, with that Barcelona had managed to get a goal but it wasn’t the last one. In fact, in the injury time in the 121st minute, Braithwaite sealed the win for the Blaugranas. He scored an easy goal after Pedri latched onto a pass from Dembele after a one-two. As a result, Barcelona had managed to defeat Cornella with a scoreline of 2-0.

With this victory, the Catalans moved past the Round of 32 in Copa del Rey. Cornella gave the Blaugranas a tough fight before they won the game in extra time. However, on the bright side, many young players got to start and feature in the game for the first team. Anyhow, with this win Barcelona is now through to the Round of 16 of Copa del Rey. They will be facing Rayo Vallecano on 28th January at the Estadio de Vallecas to fight for a spot in the quarter-finals.