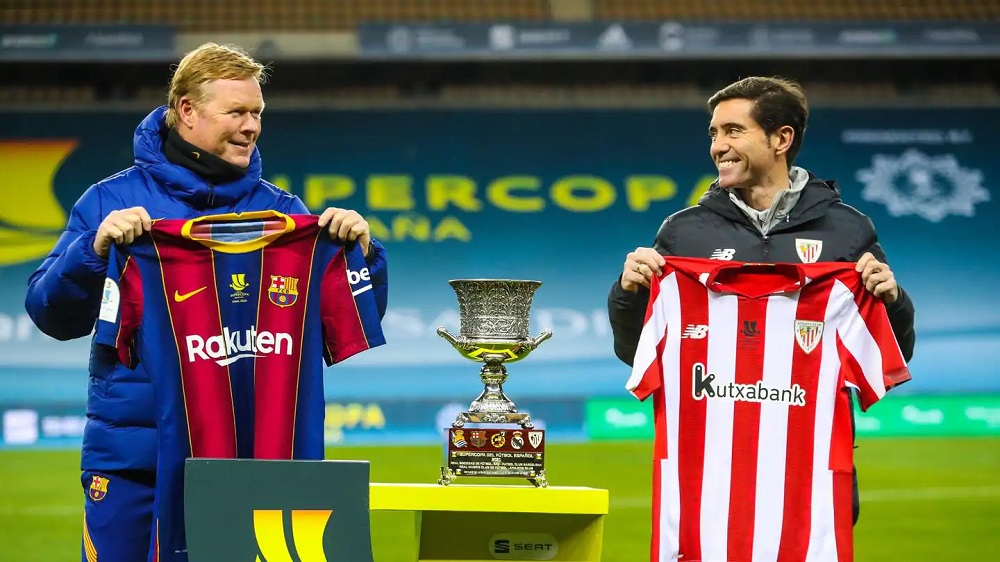 Barcelona will be locking heads with Athletic Club tonight in the Supercopa de Espana final and here's all you need to know.

Tonight Barcelona will be facing the Athletic Club of Bilbao in the Supercopa de Espana final. It is going to be a really interesting game as both the teams are just one step away from their first title. Barcelona defeated Real Sociedad late in the penalties to confirm their spot in the final. After a leveled full-time and extra-time, Ter Stegen shone to help Barcelona go through to the final. On the other hand, Athletic Club shocked Real Madrid in the second semi-final to secure their place in the final against Barcelona. The former defeated Real Madrid by a score of 2-1. Anyhow, it is definitely going to be an exciting final today.

It has only been 10 days since Barcelona last faced the Athletic Club of Bilbao. At that time, Athletic Club had just appointed their new manager Marcelino. It was their first game and they didn’t disappoint as they gave Barcelona a tough fight. They lost the game by 3-2 as Lionel Messi once again played excellently. However, this time it won’t be the same. Athletic Club is in a good form now and they even defeated Real Madrid to reach the final. So, the match will be nothing short of a roller-coaster ride. Both the teams will give their best to win this title and consequently, their first title for this year.

Barcelona is currently in the 3rd position in the La Liga points table. They have been on a winning streak since the start of the year as they have won 4 out of their 4 fixtures until now. On the other hand, Athletic Club sacked their coach at the beginning of the year. Consequently, they have won only 2 fixtures this year and lost 1 i.e. against Barcelona. Talking about the clashes between the two teams, Barcelona and Athletic Club have faced each other 42 times. In those games, the Catalans have won 28 matches whereas the Athletic Club of Bilbao have won only 5. The remaining 9 matches ended in a draw. So, the Blaugranas will be looking forward to extend their record against the Athletic Club. Anyhow, let us see how the Catalans might lineup for the final match.

The lineup doesn’t come as a shock but there are a few doubts regarding it. Dest got to rest in the previous match i.e. the semi-final and hence, he is fit to start in today’s final. However, the biggest doubt is Lionel Messi’s appearance in the starting 11. The 33-year old Argentine is a part of the squad and traveled to Sevilla with the rest of the team. He even participated in the last training session before the game. However, the Catalans’ coach Ronald Koeman has said that it will be up to Messi and the doctors whether he is fit to start in the final or not. Anyhow, it’ll definitely be interesting to see two of the best Spanish teams lock heads for the first title of their 2020/21 campaign.

Ronald Koeman discusses whether Leo #Messi will be available for the Super Cup final. pic.twitter.com/hHwtQuzAXy

All the Barcelona fans will definitely be interested in watching the final today. So, here are all the streaming platforms and channels where the game will be streamed or broadcasted.