Brazil Seals Another Victory Against Peru With Neymar’s Hat-trick 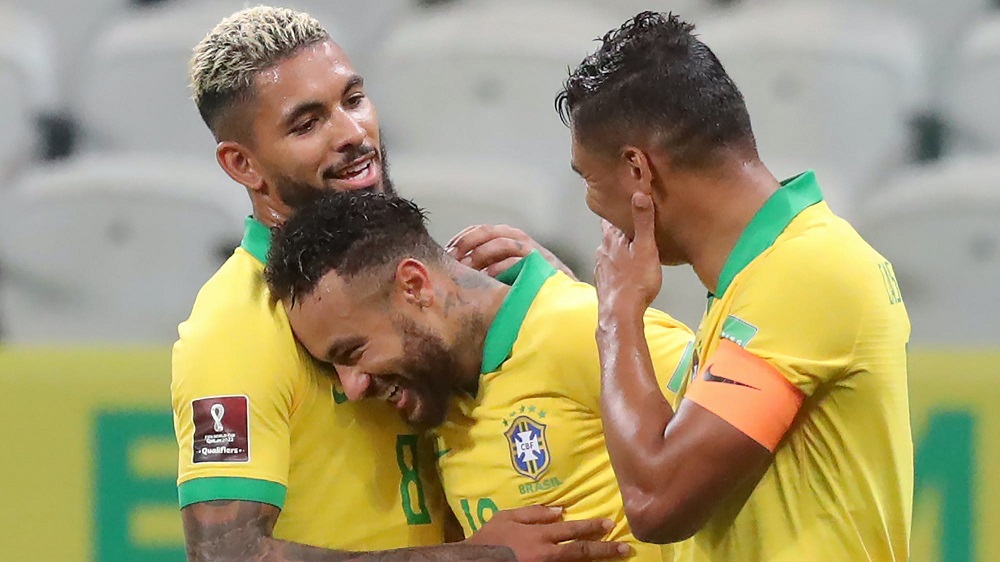 The World Cup Qualifiers in South America is going on right now. On matchday 1, we got to see some very interesting matches where Argentina, Uruguay, Colombia, and Brazil won their first match and headed off to a great start. The match between Peru and Paraguay tied and both the teams got 1 point for it. After matchday 1, Brazil was the table-toppers because of their goal difference. They defeated Bolivia in their first game where they won 5-0 and that helped them to reach the top of the table. The matchday 1 was very exciting.

Now, it was time for matchday 2. The matchday 2 was even better as there were some unexpected results. Argentina somehow managed to win against Bolivia after a comeback whereas Ecuador defeated Uruguay by 2 goals. On the other hand, Paraguay managed to win against Venezuela by a goal, and Chile and Colombia had a tie, the score being 2-2. The match that we are going to talk about is Brazil vs Peru, so let us see whether Brazil managed to continue being the table-toppers or not.

The current Copa America champions Brazil were up against Peru for matchday 2 of the World Cup Qualifiers. It is always hard to face a team like Brazil as they have so many experienced and talented players but even Peru are known for their attacking skills. It was going to be a great game. Peru kicked off the match and were looking in a great form. They scored the first goal in just 6 minutes after the kickoff. A great outside the box volley shot from Carrillo ended up in the net. This was the perfect start Peru could have asked for. Now, Brazil was under pressure. However, that did not seem to affect them much as 84 minutes were still remaining. They won a penalty when Neymar’s shirt was pulled inside the box by Peru’s defender. Neymar himself scored the penalty very calmly sending the goalkeeper the wrong way.

The score was 1-1 at halftime. 14 minutes into the second half, Peru’s Tapia scored the second goal for his team taking them into a 1-goal lead once again. However, just 5 minutes later, Richarlison scored the equalizer for Brazil which was assisted by Firmino. After that, in the 83rd minute, Neymar again won a penalty. Brazil was on a counter-attack and Everton played a ball inside the box to Neymar. The defender tried to get the ball but ended up tackling Neymar’s leg directly. Neymar again scored the penalty after sending the keeper the wrong way. With this goal, Neymar even overtook the Brazilian legend Ronaldo in most goals for Brazil.

In the injury time, Neymar completed his hat-trick. An attempt from Everton Ribeiro was deflected by the keeper and had hit the post. Neymar positioned himself well enough to get to the ball and tapped the ball into the goal. With that goal, Neymar completed his 64th goal for brazil and is now just 13 goals behind the legend Pele for being the all-time top scorer for Brazil. Brazil is still the table toppers, but now with a goal difference of 7.