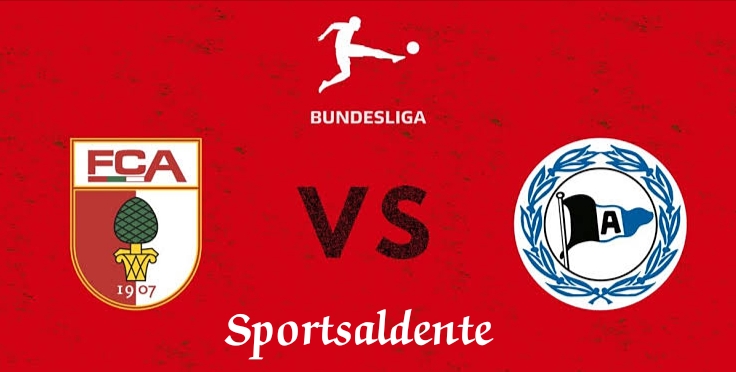 The following article is about the prediction of the match between Augsburg and Arminia Bielefeld. The football fans are once again rejoicing at their favorite leagues returning this weekend.

The international break was quite strenuous for the football fans as it offered several good matches, including the UEFA Nations League final. People could not understand which one to watch among all the world cup qualifiers. Bundesliga, like all the other leagues, will be returning this weekend with several matches.

With more action, more goals, more dedication, and more joy the fans will be having difficulty switching channels in between the matches.

Out of all the 9 Bundesliga matches which will be played this weekend, Augsburg vs Arminia Bielefeld is bound to be one of the better matches. Both the teams follow a massive amount of popularity and have fans all over the world. The fans are excited to see the clash and will be flooding the stadium to watch their favorite team in action.

Details surrounding the match have already been revealed by the Bundesliga officials. With so much buzz going around let us get right into the topic and get all the details and see what the match can offer us.

Augsburg vs Arminia Bielefeld: Where To Watch?

Augsburg vs Arminia Bielefeld will be broadcasted live from 9:00 P.M. according to the Indian Standard Time. The match will be played in the home ground of Augsburg, which is Augsburg Arena, located in Germany.

The fixture will be played on 17th October 2021. The European fans will be able to watch the match on Sky Sports Germany and ESPN+. For Indian viewers, they can watch it on Sony TEN 2 and Sony TEN 2 HD. People can also stream them on the Jio TV app and Sony LIV app. Tickets to the match are available for purchase online or at the respective stadiums.

Augsburg was an excellent team in the distant past. They were considered the favorites at the beginning of every season. But in the last few years, they failed to achieve that glory. The fans are quite disappointed with their performance. In this season too their performance is not up to the mark.

Having played seven matches, Augsburg has only managed to get 5 points. They are in the 16th position on the league table are on the verge of relegation. Looking at their squad, one can hardly tell that they are in such a position. Players like Reece Oxford, Andre Hahn, Andy Zeqiri, Arne Maier, etc., all can deliver during important times.

On the other hand, Arminia Bielefeld is a newly promoted side in the Bundesliga. People had a lot of expectations when they burst onto the league. It was like the same scenario as RB Leipzig. But since then, their performance has been degrading with each match. Going into matchday 8, Arminia Bielefeld are the second last team of Bundesliga.

With 4 points from 7 matches, they are in the 17th position. They are in the relegation zone. If this continues, they will be demoted to Bundesliga 2. With players like Patrick Wimmer, Andres Andrade, Alessandro Schopf, Masaya Okugawa, etc., it is difficult to spot the problem of them performing so badly.

Both Augsburg and Arminia Bielefeld will give their all to win the match. They will be looking to snatch those precious three points from their opponent to get them one step closer to getting out of the relegation zone. Either team has the risk of getting relegated if their current form continues.

They will be looking to break that spell and get back on track. With everything in front, I will predict Augsburg to be the victors of this match. But at the end of the day, football is unpredictable, and anything can happen at any time. Let us all be patient and enjoy the match. Give your feedback on the article.