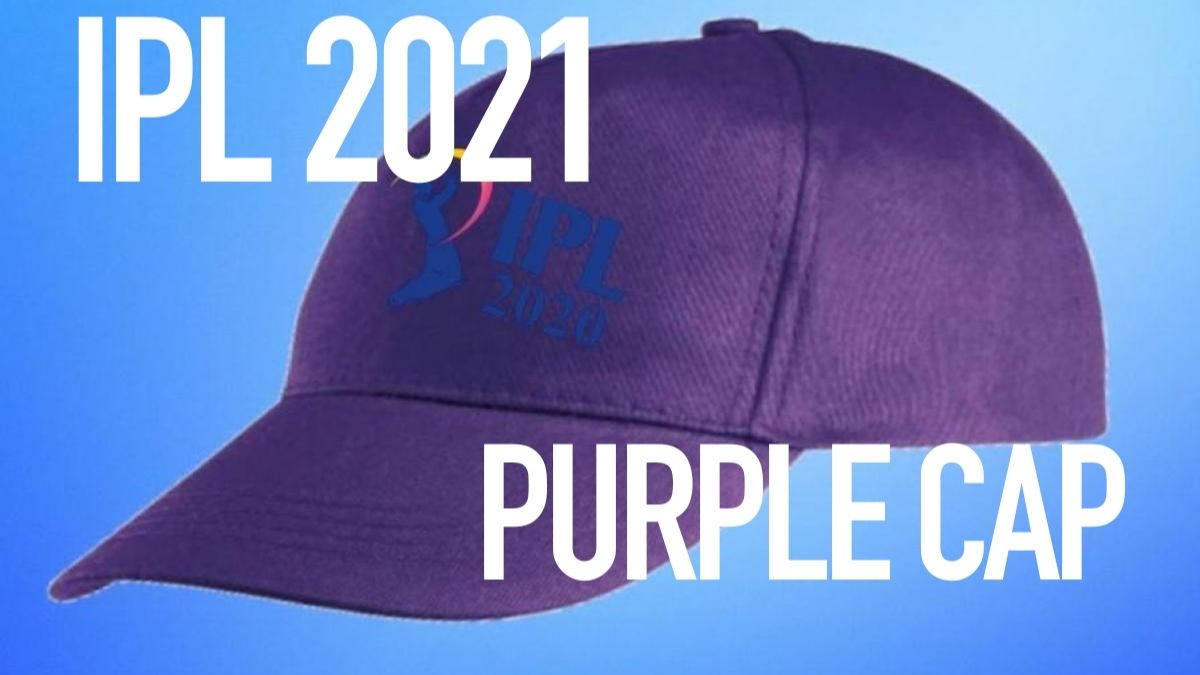 The following article is about the Purple Cap standings from the Indian Premier League (IPL) of 2021. Every time history does not repeat itself. In 2012, Kolkata Knight Riders defeated Chennai Super Kings in the final to claim their maiden IPL trophy. In 2021 also the same two teams faced each other.

But this time Chennai Super Kings snatch their victory and win the IPL trophy. CSK defeated KKR with a margin of 27 runs. It may seem quite small, but it is the margin that differentiates the champion from the runner-up. It was quite an entertaining match. 15th October 2021 will be etched in our hearts forever.

It was probably Mahendra Singh Dhoni’s last IPL as the captain of Chennai Super Kings. He may not have won any individual awards but he has everyone’s heart. Speaking of individual awards, this year showcased several interesting talents who delivered in every match.

The big three of the individual awards – the Orange Cap, the Purple Cap, and the Most Valuable Player of the tournament, went to the rightful players this season. The standings after the final match surprised a lot of people. But in this article, we will only talk about the Purple Cap. So let us see the standings and the details that lead to these situations. You may also get more updates on IPL Official site.

The Purple Cap award is given to the player who has taken the most number of wickets or is the leading wicket-taker in the Indian Premier League. Every year there is always a fierce fight on who will get the Purple Cap, but his year, there was a clear-cut winner before the playoffs even began.

This year, in IPL 2021, Harshal Patel of Royal Challengers Bangalore won the Purple Cap award with 32 wickets to his name. He equaled Dwayne Bravo’s record of taking the most number of wickets in a single season. Harshal Patel is the fifth Indian to win this prestigious award. Royal Challengers Bangalore will look to retain him in next year’s auction.

The list of the top five standings of the Indian Premier League in 2021 is as follows:

It is quite visible that Harshal Patel is leading the list by a large margin. Even though Royal Challengers Bangalore did not win the IPL trophy, Harshal Patel proved his worth through his bowling. Avesh Khan, on the other hand, also bowled well but could not catch Harshal Patel.

How Many Innings Were Needed To Reach The Milestone?

In 2021, the IPL could have a different Purple Cap winner. But it all changed when it was stopped in between due to the Covid 19 pandemic. It may have affected the form of few players. Whatever may be the reason, after it was resumed there was just no stopping Harshal Patel. Several things are needed to take note of.

Harshal took 15 innings to achieve this feat of 32 wickets. He had an economy rate of 8.15 and even took five wickets in a match this year. In the second position, Avesh Khan played 16 innings to get 24 wickets. But he had a better economy rate than Harshal Patel at 7.38.

The third and fifth position holders, Jasprit Bumrah and Mohammad Shami had played just 14 innings. Shardul Thakur played 16 innings to get those 21 wickets. He ended up getting the fourth position. Out of the top five, Shardul Thakur gave the highest number of runs at 527, while Mohmmad Shami gave just 395 runs.

The highest number of overs were bowled by Avesh Khan. He bowled 61 overs in total. Harshal Patel bowled 56.2 overs. Jasprit Bumrah bowled 55 overs, while Shardul Thakur bowled 59.5 over. It is good to see that the top five contenders for the Purple Cap are all Indians.  Give your feedback on the article.