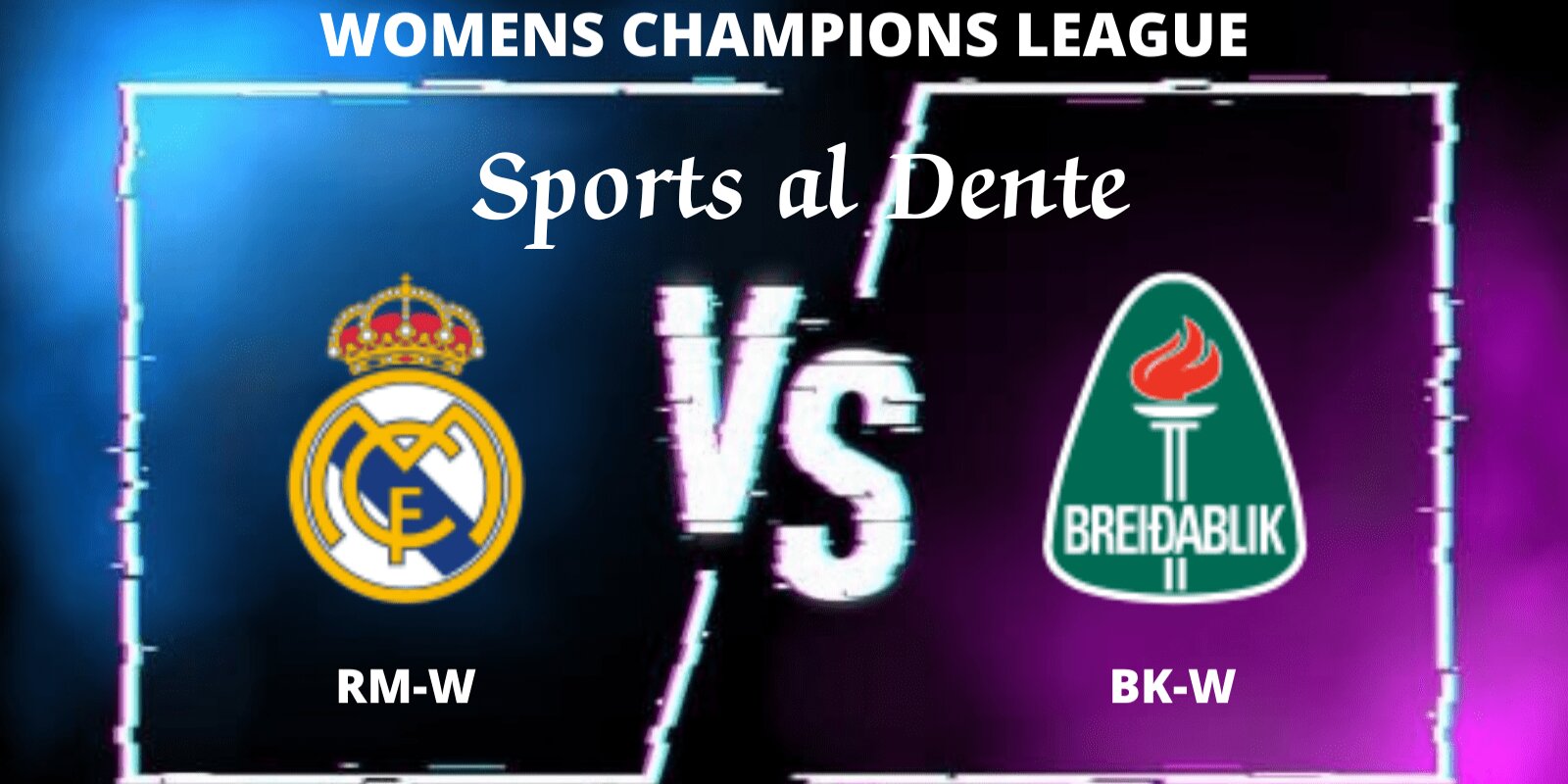 The following article is about the prediction of the match between Real Madrid Women and Breidablik Women. It was a great weekend for football fans with UEFA Nations League 2021 final. With so many memorable moments like Germany’s and Denmark’s qualification for World Cup 2022, Cristiano Ronaldo’s hat-trick, England’s draw at Wembley since 2012, etc. Many football fans frown on the name of international, but when it happened, those frown faces vanished, and all were busy experiencing international football. But now that it is over, cub football is about to return for both men’s and women’s football. It is the 21st century, and both of them are equally good.

Speaking of women’s club football, the UEFA Women’s Champions League will return this week. Several interesting matches will take place. Out of all the interesting matches, the match that the fans are eagerly waiting to watch is between Real Madrid and Breidablik. Any match that has Real Madrid in it is bound to be exciting and interesting. The fans cannot contain themselves with this news. They will be going to the stadium in thousands to support their favorite team. The details of the match have already been published. So without further delay, let us get right into the topic and see what the buzz is all about.

Real Madrid Women vs Breidablik Women: Where To Watch?

In the second matchday of the UEFA Women’s Champions League, Real Madrid will take on Breidablik. The high voltage match f Group B will kick off at 12:30 P.M. sharp. The time is according to the Indian Standard Time. Real Madrid Vs Breidablik will take place on 14th October 2021. The match will be broadcasted live from Ciudad Real Madrid (Campo 11), Madrid, with a 400 audience capacity. It is the home of Real Madrid Women. Fans can watch the match live on DAZN and ESPN and their official TV channel. For purchasing tickets to the match, people can check online sites or go to the stadium.

The name Real Madrid is enough for someone to support the club. Real Madrid Femenino is one of the best teams in women’s football. But this year they are yet to show their true self. Their performance has not been up to the mark. Real Madrid Femenino is in the 13th position of the league with just 4 points in six matches. On the other hand, in the Women’s Champions League, Real Madrid is in the second position of Group B. They won their first match against Zhytlobud-1. There are several players present in the squad like Nahikari Garcia, Misa Rodriguez, Lorena Navarro, Kosovare Asllani, etc., who are capable of controlling any match with their skills.

Coming to Breidablik, they are the visitors of this match. Breidablik plays in the Iceland Football League, also known as Ursvaldeild Kvenna. One of the best teams in Iceland, Breidablik is in the second position of the league. With 36 points from 18 matches, they are just below Valur. Their fans expect a lot from them, and they can perform well. Now coming to Champions League, they are the last team of Group B. They lost their opening match to Paris. A squad with the likes of Agla Maria Albertsdottir, Selma Sol Magnusdottir, Birta Georgsdottir, etc., can overcome any obstacle in their face.

Also Read: How To Complete The Emerald Skull Treasure Hunt In Far Cry 6?

Both the teams have a lot to offer their fans. Whenever the players grace the field, the expectations automatically rise. Real Madrid will try to maintain their winning spree of the Champions League. They will try to overcome the setback in the league and concentrate on winning. On the other hand, Breidablik will have to prove to the world that one setback cannot define. They will try to snatch the win against Real Madrid in their home ground. Going by pen and paper, Real Madrid is likely to be the victors of this match. With much more experience in the Women’s Champions League and have the home-ground advantage, they will try to seal the deal. Give your feedback on the article.

Also Read: Rey Mysterio Career: How Long Has Been The Superstar Wrestling?