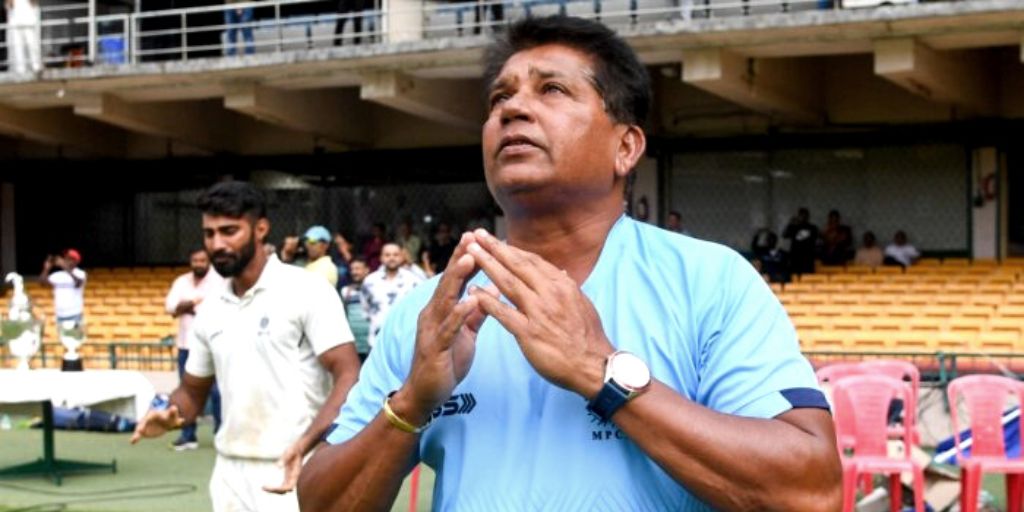 MP beat Mumbai to win the 2022 Ranji Trophy final. This win came along with a host of new records. This win means that MP has now won their first title in the Ranji Trophy. Besides, this win came against 41-time winners Mumbai. Moreover, their head coach Chandrakant Pandit scripted history with this win. He now has six Ranji Trophy titles to his name as a coach. It now makes him the most successful coach in the league. Notably, he also coached Mumbai to three Ranji titles in the past. Furthermore, he guided Vidarbha to two titles on the trot.

Also, his last match as a player was in the Ranji final as the captain of MP. However, he was on the losing side in that 1999 final against Karnataka. The Chinnaswamy Stadium in Bangalore served as the venue for the final back then. On Sunday, he lifted the Ranji Trophy for MP on the same ground. He was in tears recollecting memories of the journey from 1999 to 2022. He said, “23 years back, I felt I had left something back over here. Hence, winning this trophy on this same ground was fabulous”.

The netizens went into a frenzy at the news of MP’s victory. The cricketing fraternity also joined them with their messages. India batter DK, who’s currently in the T20I squad in Ireland, called Pandit the Alex Ferguson of Ranji Trophy. Besides, former India all-rounder Irfan Pathan put forward the idea of an IPL contract for Pandit. Let us bring you the match recap of the 2022 Ranji Trophy final.

Ranji Trophy final 2022: A glance at the match!

Mumbai was the first to bat in the final match. The Prithvi Shaw-led side put on a score of 374 on the board. Tournament top scorer Sarfaraz Khan scored yet another ton in the 1st innings.

However, MP replied with a mammoth 536 runs. Three of their batters struck a 100-plus score. But, Mumbai was unable to get back into the game. They could only set a target of 108 runs for MP to chase. Mumbai started with a Dhawal Kulkarni banger to get rid of Yash Dubey.

However, MP was quick to chase down the target with six wickets in hand. Captain Aditya Shrivastava was on the crease when his team hit the title-winning runs. The scenes of the MP players lifting the coach have gone viral.