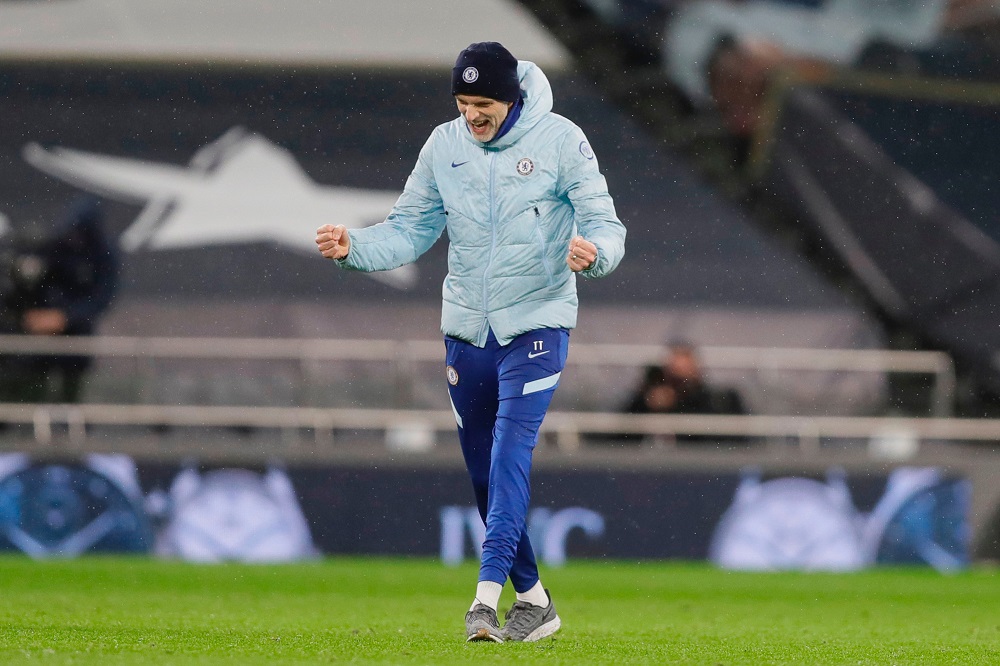 Chelsea handed Tottenham their 3rd straight defeat in the Premier League this season.

Tottenham hosted Chelsea to play their 21st fixture of the Premier League at Tottenham Hotspur Stadium. However, it was the 22nd game of the season for the visiting team. Since Thomas Kuchel’s appointment, the Blues had collected four points in two games, most recently cruising to a 2-0 victory over Burnley. The hosts who were 7th in the Premier League, disappointed in a 1-0 loss to Brighton & Hove Albion last time out.

Jose Mourinho made three changes from the 1-0 loss against Brighton. Bale, Rodon, and Sanchez were all dropped to the bench and were replaced by Aurier and Dier. Vinicius was the final replacement who operated up top in the absence of the injured Harry Kane. On the other hand, Tuchel opted for just one alteration to his starting eleven with James replaced by Abraham. Kai Havertz missed out of the squad entirely. As a result, the match was going to be one of the most alluring ones in the Premier League as both the teams were looking forward to climbing up the points table.

The match began as Chelsea played their standard possession game. They continued their domination over Tottenham till the beginning quarter of the half. Azpilicueta went long immediately and Werner got in between the two center-backs heading towards the goal from the center of the area. Lloris looked like he had it covered as it just dropped the wrong side of the right-hand post. Finally, the ball went out for a goal kick. Mount and Kovacic dominated the middle part of the park exchanging one-two before the Croatian looked for James towards the right. Davies swiftly came across, lunging in to concede a second corner for the Blues.

Although the Blues appeared to start the game in a 3-4-2-1 formation with Mount on the right and Hudson-Odoi on the left, it looked like Mount was operating more through the middle, finding pockets of space to link-up play with the midfield as he drifted in between the host’s defensive lines. The game passed the 20th minute and it was the Blues who set the tempo and dictated the majority of proceedings. Mourinho was sticking to the same game plan the hosts employed against Liverpool sitting deep and inviting their visitors onto them before attempting to pounce on the counter-attack.

Chelsea was awarded a penalty in the 23rd minute of the game. Azpilicueta whipped an optimistic pass in the channel for Werner. The German raced onto it and into the area but Dier attempted to slide and recover possession. The Spurs center back had two efforts at tackling Werner and on the second try carelessly brought down the Chelsea forward. The referee wasted no time in pointing to the spot for a penalty to the visitors. Jorginho got rid of the skip and instead took the penalty in a normal fashion, smashed it into the left-hand corner. Lloris dived the right way, however, the Italian’s penalty was already in the back of the net by the time he got there.

The visitors executed another smart, set-piece routine. However, with five blue shirts in the area, Mount overhit the simplest of crosses out for a goal kick. In the injury time also, the Blues showed no sign of slowing down. After a quick start with Werner and Hudson-Odoi continuing to find space on the flanks, Mount occupied the two center-backs in the middle. Finally, the first half ended with a score of 1-0 as Chelsea led the way.

The second half began as Chelsea kicked off and maintained their standard possession. The half posed a different challenge to Tuchel and his men. Despite being only five or so minutes into the second half, Spurs appeared intent to press higher up the pitch. They didn’t want to allow Jorginho and Kovacic to dictate play like they did in the opening 45 minutes. The hosts once again hunted in pack high up the pitch. On that occasion, it was Davis who got penalized for a foul on James. Even though the Blues got a lot of set pieces, they were unable to convert any of them for good.

The consecutive corner came for Tuchel’s side. On the second occasion, it looked like Rudiger had a chance at the back post with his right foot. The German center-back swiveled and shot but none of that mattered as the assistant had his flag up for offside. Spurs got their first shot on target through Lamela. The Argentine evaded the challenge of Kante, moving to the left of the area. He then curled a left-footed effort towards the left-hand corner. Mendy, who had rarely been called upon all game made a comfortable save as he dived down to his right to push away. The overall performance of Chelsea’s side was satisfactory for Tuchel as Spurs were still struggling for an equalizer.

The referee gave 3 minutes of added time to the hosts. So, the last attempt also came from them to get an equalizer. The ball cannoned and ricochet off numerous bodies before falling to Son. The Spurs forward then snatched at his strike but drilled it over the bar under the pressure of Alonso. With that, the second half ended with a score of 1-0. Chelsea’s new manager made it 2 wins in 3 games, lifting his side to the 6th position in the Premier League points table. Now, they are just four points behind fourth-placed Liverpool. Next, the visitors will be traveling to Bramall Lane to face Sheffield United. On the contrary, Tottenham who dropped to 8th place will next host West Brom as they look to get their Premier League campaign back on track.