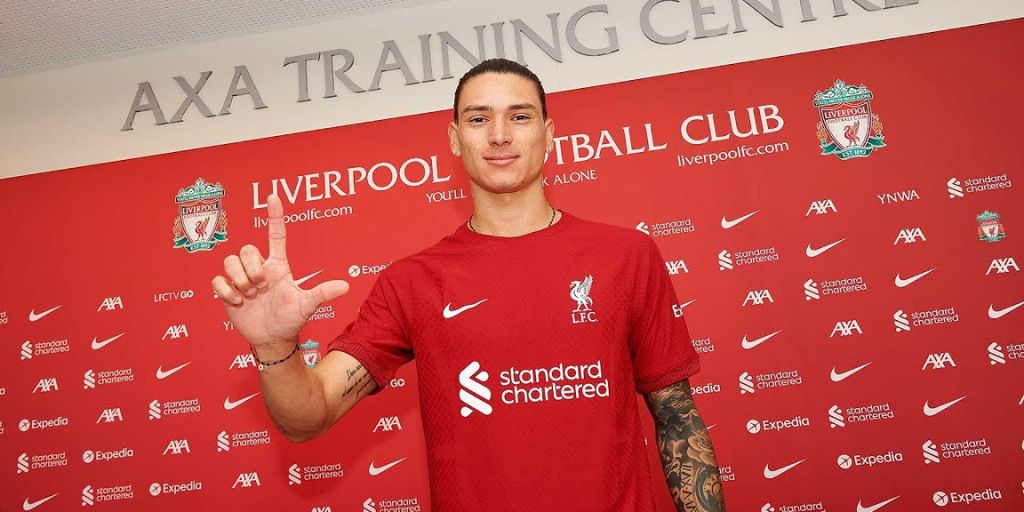 Darwin Nunez has officially joined Liverpool in a deal worth £86m. He becomes the second buy of the summer for the Reds. Besides, he now stands as the most expensive signing of the club. The player will don the number 27 shirt for them in the 2022/23 season. Liverpool shared the news on their official social media pages on Tuesday. The details of the deal are also now out in the open. Nunez has put pen to paper on a 6-year contract. Besides, it will see him earn a weekly wage of £140k. Also, this now stands as the most expensive buy by LFC. Liverpool fans will hope that the money proves to be well worth it.

Notably, LFC recently played in the UCL final last month. However, they lost to Real Madrid by a goal to nil. Furthermore, LFC came up short in the PL title race by a single point. Nunez promises to be a step in the right direction to make that one more step. Nunez rose to prominence last season at Benfica. His goal tally in the 2022/23 season stands at 34 goals in 41 games. Moreover, he is also a regular for the Uruguay national team. So, Nunez has joined Liverpool with much hype. Here we bring you all the latest from the transfer.

Liverpool striker Sadio Mane seems to be on the way out of the club this summer. LFC boss Klopp will hope that Nunez does not let him miss Mane in his team. However, Nunez must be given time to slot into his style of play.

Furthermore, Nunez will also have one other boot to fill. His national teammate Luis Suarez played for Liverpool for four years. Besides, Suarez won the top scorer award multiple times during his spell at the club. These links are bound to arise on Nunez’s shoulders upon his move. However, at 22, he has time on his hands to make his impact.

How will the Reds benefit from Nunez?

Liverpool has plenty of attacking talents at their disposal. They like to play a high-pressing style of football under Klopp. However, Nunez will give them an added edge with his display. At 6ft 2in, he will be a threat from the crosses of the LFC full-backs.

Also, Nunez is quick with the ball at his feet to make runs in behind. Besides, his positional play is further something the LFC fans will look forward to with eagerness. Nevertheless, Klopp will look to fit him into his side as soon as possible.