How Will Barcelona Lineup Against Valencia?- EXCLUSIVE DETAILS 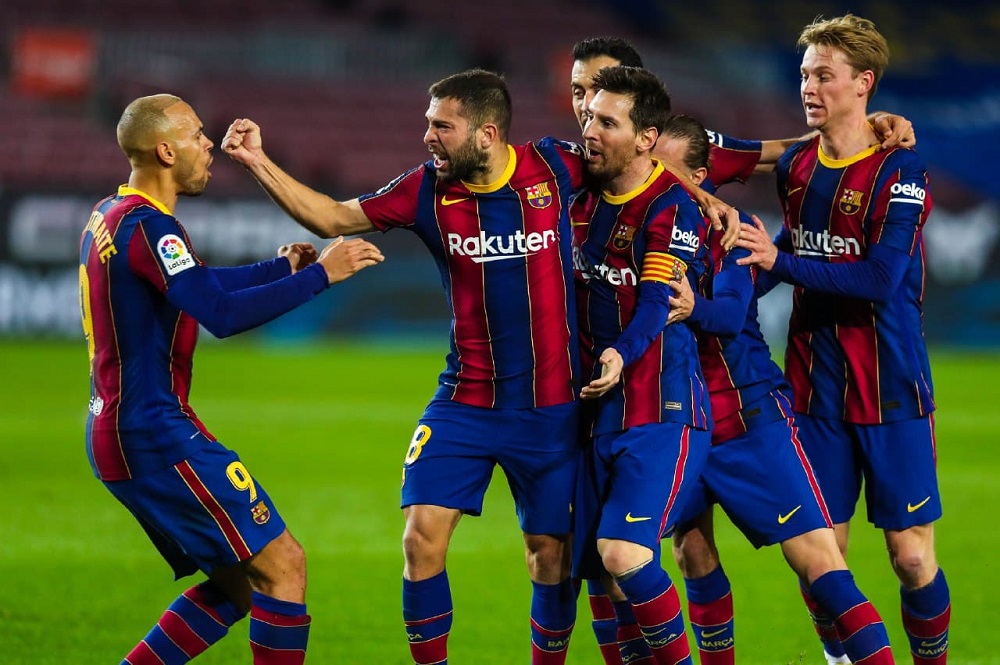 Barcelona will be going up against Valencia tonight and here's how they might lineup.

La Liga Santander is back with yet another interesting fixture as Barcelona will be up against Valencia. It is the 14th match for the latter whereas only the 13th match for the Catalans. Barcelona are currently in the 5th position after their massive win over the league leaders Real Sociedad. The Blaugranas have 20 points as they’ve won 6 matches, drawn 2, and lost the rest of their matches. On the other hand, Valencia is in the 12th position right now with 14 points. They’ve won 3, drawn 5, and lost 5 matches. It’ll surely be interesting to see how the clash between the two teams goes. Barcelona and Valencia are the only teams to have defeated Real Sociedad in this season. It’ll also be interesting because Jordi Alba has been a part of Valencia and it is always thrilling to see players go up against their former clubs.

Barcelona vs Valencia: What to expect?

The battle between Barcelona and Valencia is going to be nothing short of a roller-coaster ride. Both are two of the best teams in La Liga. However, they have not performed up to their caliber this season until now. But, they are slowly rising and will be looking forward to this clash. Barcelona will try to bag the 3 points from this match so they can climb their way up to the Top 4. On the other hand, Valencia will want to win the 3 points to rise up the ranks on the points table. If they manage to win, they’ll go straight up to the Top 10. As a result, this fixture is important for both the teams.

The last time Barcelona met Valencia was in January 2020. At that time, the latter emerged victorious with a 2-0 win at their home. Maximiliano Gonzalez got his name on the scoresheet twice to ensure the win for the home side. However, talking about their last game at Camp Nou, Valencia lost to Barcelona by a massive 5-2 scoreline. In head-to-head stats overall, Barcelona and Valencia have played 53 matches. The Catalans have won 26 matches out of them whereas Valencia has won only 12. 15 matches ended in a draw but they have always been high-scoring matches. As a result, everyone is excited for the match.

The Barcelona manager Ronald Koeman will definitely go with the lineup he sued against Real Sociedad. It is highly unlikely that he will make any changes after the team’s brilliant performance in the previous match. However, if he were to make any changes, he might start Lenglet instead of Mingueza and even if he doesn’t, he might make changes at half-time to give rest to some of the players. Anyhow, brace yourselves as the Catalans will be locking their heads tonight with Valencia.