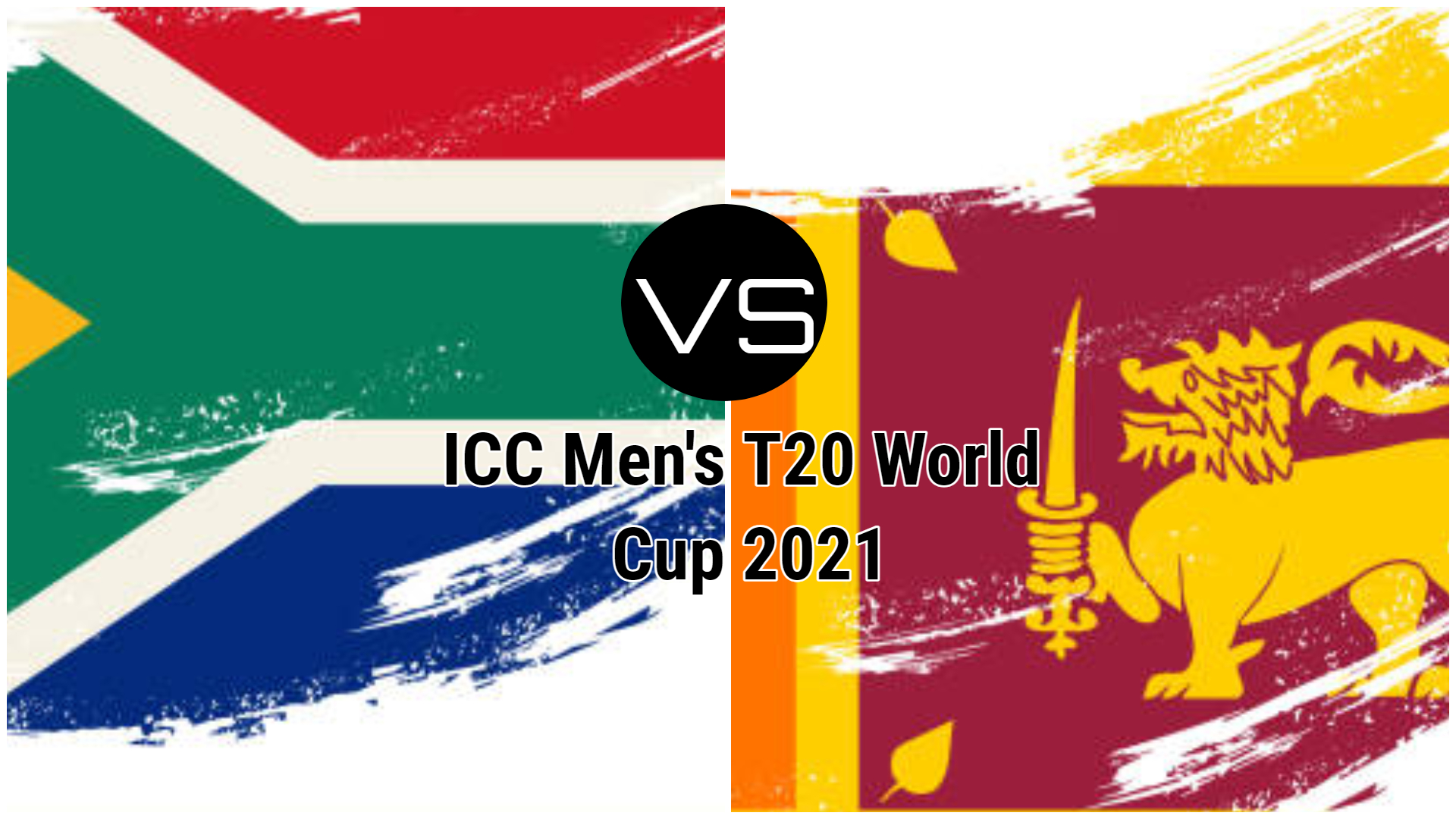 T20 Men’s World Cup 2021 is the current big thing when it comes to cricket. While this time we have got two new teams Scotland and Namibia competing for the first time in an ICC tournament, on the other hand, Sri Lanka and Bangladesh are the old names to qualify. In this article we will explore match number 25 as South Africa and Sri Lanka will cross swords on a Saturday match at the Sharjah Cricket Stadium. In this South Africa vs Sri Lanka face-off without a doubt, the favorites are Temba Bavuma’s men. But this is the game of cricket and miracles do happen here so let us explore the current form of both teams.

South Africa and Srilanka both have two points in the matches held so far. The only thing that sets the two teams apart is that Sri Lanka has played one match and won it while the South Africans have played two and have lost one. Srilanka’s next match before South Africa is with the mighty Australia and as I write Sri Lanka is heading towards its first defeat in the Super 12 matches. But still, at this stage, it is very early to say anything about the standings at the end but both teams will have to step up their game if they want to enter the quarter-finals.

In match 25 of the ICC Men’s T20 World Cup 2021, South Africa will take on Srilanka this Saturday. The Super 12 match South Africa vs Sri Lanka is scheduled to take place on October 30, 2021. This will be a sunny day at the Sharjah Cricket Stadium UAE as it will kick off at 3:30 pm (IST). Both the captains Temba Bavuma and Dasun Shanaka will be out on the ground for a toss at 3:00 pm (IST). So mark the dates and set the alarms if you have to because this game is important and can be a decider match for both sides. The official broadcasting partner Star Network will telecast this game on the channels Star Sports 1 and Star Sports 3. Fans can catch the live action on the streaming platform Hotstar too.

Quinton de Kock missed the last game against West Indies due to his withdrawal concerning the gesture of taking a knee before every match. He has however apologized and will be in the playing XI for this match against Sri Lanka. Their fast bowling attack led by Kagiso Rabada and Anrich Nortje will be difficult to handle for the Lankans.

Bhanuka Rajapaksa and Charith Asalanka have scored a lot of runs for Sri Lanka in this tournament till now and they will be the ones to watch out for.

Sri Lanka has proved their mettle in the group stages but the opponents were not as strong and experienced as the South Africa side. The pitch of Sharjah looks a lot different than it was in IPL earlier this month and it would not be easy to put a big total on the board. Toss is going to play a crucial role as the bowlers might not get a lot of help from the pitch once the bowl gets old. Still, it is a small ground with even shorter boundaries so it is not impossible to send the ball in the air for a six if executed perfectly.