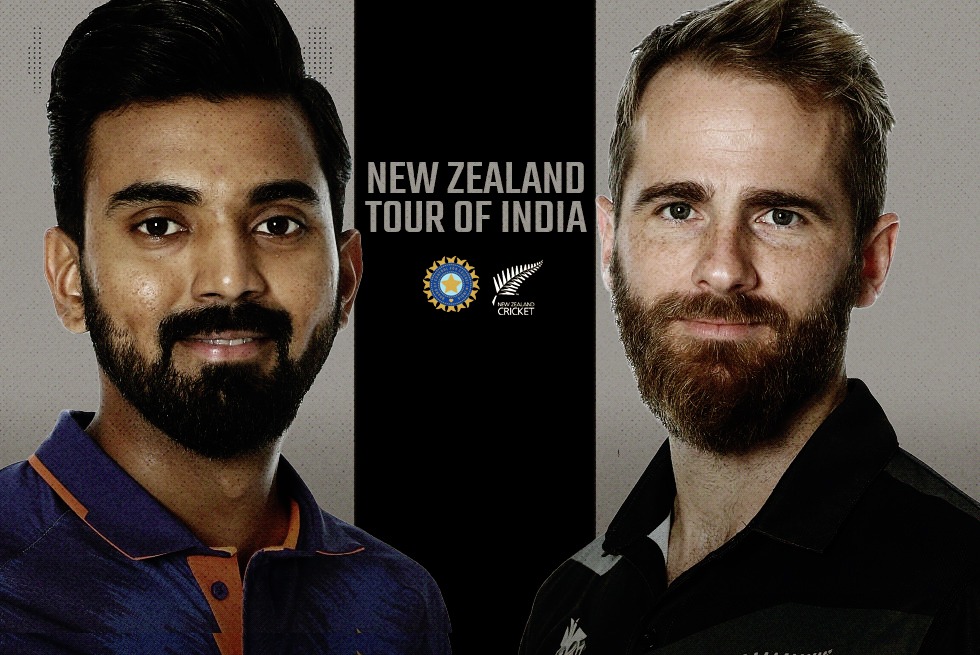 The following article is about the details about the upcoming cricket series of India vs New Zealand. There are only two matches left in the ICC Men’s T20 Cricket World Cup. Even though it has reached the most exciting point of the tournament, many Indians will try to refrain from watching the match. It is because India has failed to qualify for the second round and was eliminated from Super 12. It is India’s worst performance in a long time. Other than that, there is also another reason. As the tournament is in its last stage, the fans are upset as they will not be able to see their favorite team in action any time soon. Nothing can be done about the first thing, but we can prevent the second reason.

The cricket fans who are upset about the tournament ending, I have news for them. They will be rejoiced to hear that just after the tournament, New Zealand’s Tour of India will begin. It is not only a matter of joy for the respective teams but also the whole cricket community. Moreover, there will be a lot of changes in the squad from the last time these two teams faced each other. With the Covid 19 situation under control, fans can visit the stadium to show their love and support. We are going to experience the beauty of the game as well as a beautiful and fierce game. We are excited, and so should be everyone. But for now, keep them bottled up for a bit. We are going to unveil all the details surrounding the series. So keep on reading the article to more ready for the upcoming series.

India vs New Zealand 2021: Details Of the Series

The New Zealand Tour of India will have three T20s and two test matches. Many were hoping for ODIs too, but that will not happen. Now coming back to the topic, the series will begin on 17th November 2021. On that day the first T20 will be played. The venues have been decided. The first T20 will be played in Sawai Mansingh Stadium in Jaipur. The second T20 will happen on 19th November 2021 in JSCA International Stadium Complex in Ranchi. The third and final test will happen in Eden Gardens, Kolkata on 21st November 2021. There is one day gap between the T20s for the players to get appropriate rest. Moreover, people can enjoy the series as it will happen on the weekend.

Now coming to the test section, there is a gap of three days between the final T20 and the first test. The venue for the first test is Green Park, located in Kanpur. The five-day test will be played from 25th November to 29th November 2021. The second and first tests will be played from 3rd December to 7th December 2021. Wankhede Stadium in Mumbai will host the final test between India and New Zealand. Test matches can end before the fifth-day mark. Even if the test ends quicker, the schedule will not change. It is given by the BCCI and all the players have to stick to it.

In the T20s, India has made several changes. The recently published squad for the series has several points to talk about. Rahul Dravid has been appointed as the head coach of the Indian Cricket Team. This will be his first series as the coach of the senior team. Virat Kohli will not be available for the T20 series and Rohit Sharma has been officially appointed as the captain of the Indian Cricket Team in the T20 format and KL Rahul will be the vice-captain. Several new faces have been added to the squad. Venkatesh Iyer and Ruturaj Gaikwad performed really well in the IPL and due to their performance, they have been called for this series. The Purple Cap winner of IPL 2021, Harshal Patel, has also been called.

Senior players like Ravichandran Ashwin, Suryakumar Yadav, Bhuvneshwar Kumar, etc., will be there to guide them. Players like Virat Kohli, Shikhar Dhawan, Ravindra Jadeja, and Hardik Pandya have been given rest. Overall, New Zealand will face a completely new team India from their last encounter in the ICC Men’s T20 Cricket World Cup. The first eleven are yet to be selected and announced. For the moment, Rahul Dravid will be inspecting all of his players to know their strengths and weaknesses to make them perform better. He had a glorious career as a player and will rely on his experience to get the best out of his team. The test squad is yet to be announced.

New Zealand is a strong contender and is always looking to throw a challenge. They defeated India in the T20 World Cup and try to do the same in their home. New Zealand defeated England in the semi-final and reached the final of the ICC Men’s T20 World Cup. Even among all the excitement, they announced their T20 Squad and Test Squad for their upcoming series against India. New Zealand made no new changes to their squad. It remains the same as it was in the T20 World Cup. The team is has been together for a long time and has developed strong chemistry together. The Kiwis will be led by Kane Williamson.

Other experienced players like Tim Southee, Trent Boult, and Martin Guptill will also so be present. The comparatively newer faces have been performing well in the World Cup, and they will try to keep their momentum high. Now coming to the test squad, the fans will get to see many new faces. Players like Martin Guptill, Daryl Mitchell, Lockie Ferguson, etc., have not been named to the Test squad. Instead, veteran Ross Taylor, Ajaz Patel, Rachin Ravindra, Tom Blundell, etc., have been called up. India is experimenting with the T20 squad, while New Zealand is experiencing the test squad.

As mentioned above, the New Zealand Tour of India will have T20s and test matches. The interesting fact is that both, New Zealand and India came face to face against each other in both formats in 2021. The first one was the ICC World Test Championship final, and the second was in the ICC Men’s T20 Cricket World Cup. In both of these matches, New Zealand was successful in defeating India. New Zealand will try to keep their winning streak against India alive, but India is thoroughly looking for a way to put an end to that streak.

People are going to experience an exciting as well as a fierce clash of the titans. Who will be the victors is impossible to tell. But who will be entertained is very easy to tell. It is us who will be entertained. The joy of the cricket fans will continue. Will the Indian cricket fans finally get over their heartbreak or suffer another one? Everything will be answered in the upcoming match of India vs New Zealand. Do not forget to give your feedback on the article.