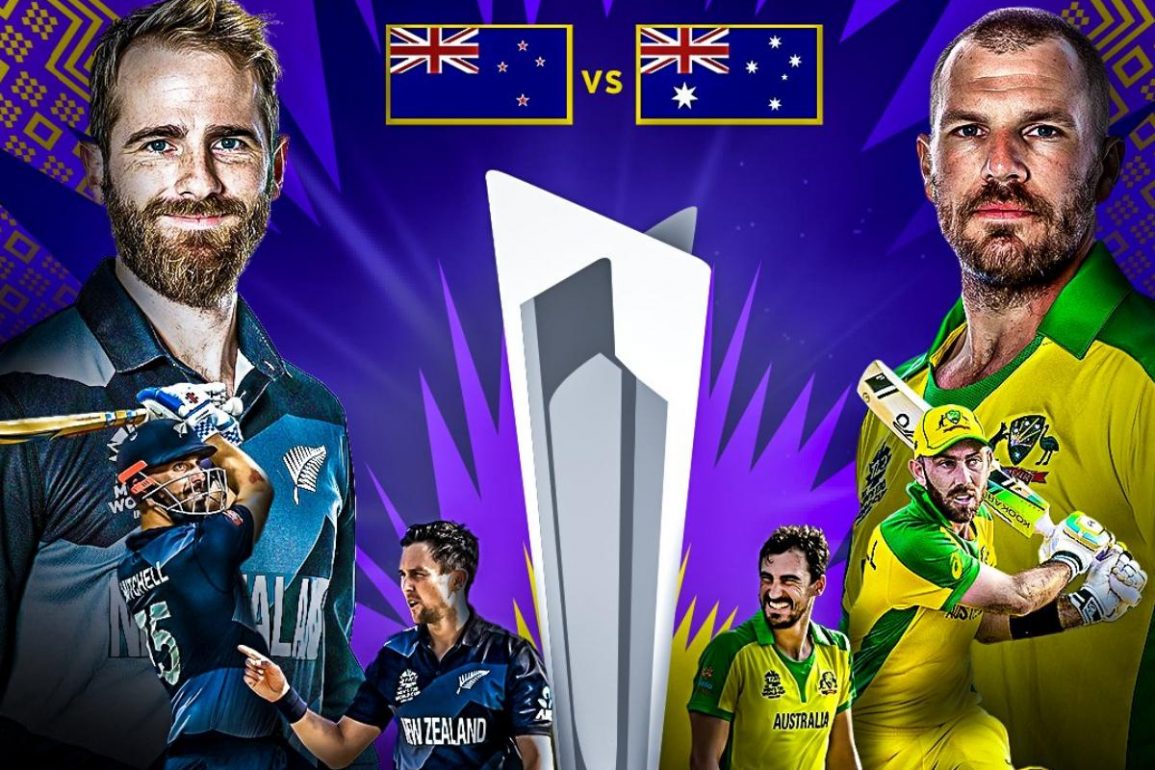 The following article is about the prediction of the match between New Zealand vs Australia. The final bell of the ICC Men’s T20 Cricket World Cup is about to ring. The tournament began with qualifiers. Out of all the teams playing in the qualifiers, only the top four teams were promoted to the Super 12. From there, the main tournament began. Every match was like a fierce battle between titans. After securing the most points from group 1 and group 2 in Super 12, the top two teams from each group qualified for the semi-finals. It has been only a day since the second semi-final was played, and we have got our two finalists of the tournament.

When I say the names of the two finalists, please do not think of it as the ODI World Cup 2015. It is indeed ICC Men’s T20 Cricket World Cup 2021, and the two finalists are New Zealand and Australia. This year will showcase a new winner as neither of the team has won the T20 World Cup before. The fans are excited as well a nostalgic surrounding the match. Moreover, both the countries are neighbors and have given us several beautiful innings throughout the tournament. The match details have been published and to present it to everyone, we are here. So keep on reading the article.

New Zealand vs Australia: Where To Watch?

The final match of the ICC Men’s T20 Cricket World Cup will feature New Zealand taking on Australia. The match will be played in the Dubai International Stadium, in UAE. The live coverage of the match is scheduled to begin at 7:30 P.M. according to the Indian Standard Time. New Zealand vs Australia will happen on 14th November 2021. It is on a Sunday, and people can enjoy the match to the full extent. The match will be broadcast on Star Sports Select 1 and Star Sports Select 1 HD. The match will be available on the Disney+ Hotstar app and Voot Select app for streaming.

New Zealand started its campaign with a defeat against Pakistan. It had a hard effect on the squad, and from there, they changed completely. They went on to win all the matches and rightfully earned their spot to the final. New Zealand overcame tough teams like India and Afghanistan in Super 12 and ended in the second position of the group. In the first semi-final, New Zealand defeated England. It was a close match, and we all could feel the tension till the last ball. It was due to Daryl Mitchell’s innings that the Kiwis won. Kane Williamson, James Neesham, Devon Conway, along the whole squad are ready to lift the trophy.

Australia has won the ODI World Cup but failed to win the T20 World Cup. They came close in 2010 when they reached the final. Australia has always been a dominant force in cricket and likewise started their tournament with a win against South Africa. In the Super 12, they lost only once against England. Australia defeated Sri Lanka, West Indies, and Bangladesh to finish the second position in the group. In the semi-final, they defeated Pakistan to secure their position in the final. The partnership of Matthew Wade and Marcus Stoinis helped Australia chase the target set by Pakistan.

The last time these two teams faced in an ICC final, Australia came out as the victors. England and Pakistan were the hot favorites to reach the finals. But New Zealand and Australia proved us wrong. New Zealand got their revenge against England after their defeat to their hands in the final of the 2019 World Cup. Both the teams are on an equal footing and will play with their best players. It is a final for the history books. Millions of people will keep their schedules on Children’s Day to experience the final. But still, it is looking like history will repeat itself only because Australia has more experience and can handle the peer pressure of a final.