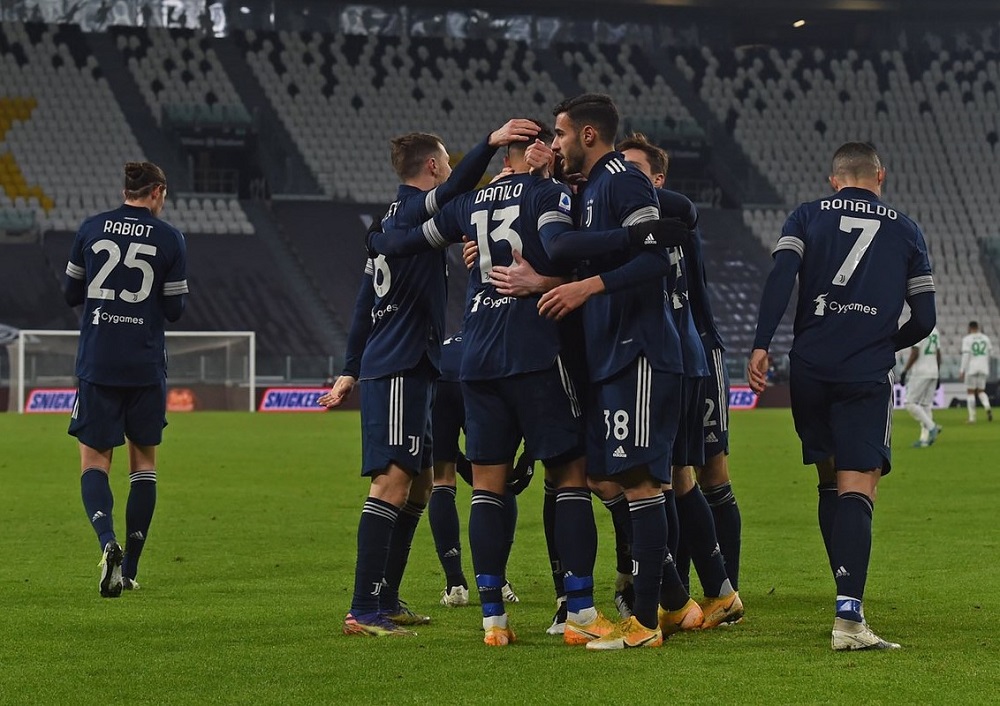 Juventus crushed Sassuolo with two late goals to climb back to the Top 4 of the Serie A points table.

Juventus welcomed Sassuolo at the Allianz Stadium to play their 16th match in Serie A. The match was going to be really exciting as Juventus was struggling to get into the Top 4 on the points table. On the other hand, Sassuolo would give their best to grapple onto the 5th position. However, Juventus won the last game against the table-toppers AC Milan with a score of 3-1 and Sassuolo got a boost after a win against Genoa (2-1). According to the stats given by the officials, out of 15 matches, Sassuolo had won only once against Juventus. The latter had played 15 matches this season out of which they had won 8, drawn 6, and lost 1. On the contrary, Sassuolo had played 16 games out of which they had won 8, drawn 5, and lost 3.

The match began with Sassuolo showing their intentions early with Filip Duricic testing the Juventus goalkeeper in the 2nd min of the game. However, Szczesny managed to block the shot taken from outside the box. There was an early substitution from Juventus in the 19th min as Weston McKennie was fouled by Gian Marco Ferrari and was booked with yellow. In the 25th minute, Bonucci put a brilliant through ball to Cristiano Ronaldo who took a fine shot but missed the target by a few inches.

The second half began but this time Juventus was looking desperate for goals. They were dominating right from the beginning as they were attempting shots at the goal one after the other. Finally, in the 50th minute, Juventus had themselves escorted to the lead by the left-footed shot taken by Danilo. The center-back smashed the ball from outside the box to the bottom left corner of the post.

The exultation did not last long for Juventus as Sassuolo’s man Gregoire Defrel took a right-footed shot from the center of the box to the bottom left corner of the post defeating the Juventus keeper. As a result, the score was tied at 1-1 now. After Sassuolo scored the goal, they were dominating the possession by keeping the Juventus keeper and defense busy.

However, after the 65th minute, the defending champions got their grove back. A brilliant attempt from Cristiano Ronaldo missed the post but gave the defending champions a boost. Even though Juventus started to dominate the possession again, they were unable to convert the attacks for good. However, the gloomy moments did not last longer for Juventus as the Welsh midfielder Aaron Ramsey struck the ball from the center of the box to the center of the goal which was assisted by Frabotta in the 82nd min of the game.

Immediately after that goal, Sassuolo got eager to score the equalizer. But, time passed and they lost their hope of winning the game when in the injury time Juventus doubled their lead. Cristiano Ronaldo scored the 3rd goal for them and squashed the hopes of the Sassuolo side for an equalizer.

With this victory, Juventus climbed back to the 4th position in the points table. They have now won 9 games and have 16 match points. On the other hand, Sassuolo maintained its position at number 6. Anyhow, both the teams will be preparing for their upcoming fixtures now. Juventus will be going up against Inter Milan whereas Sassuolo will be locking heads with Parma.