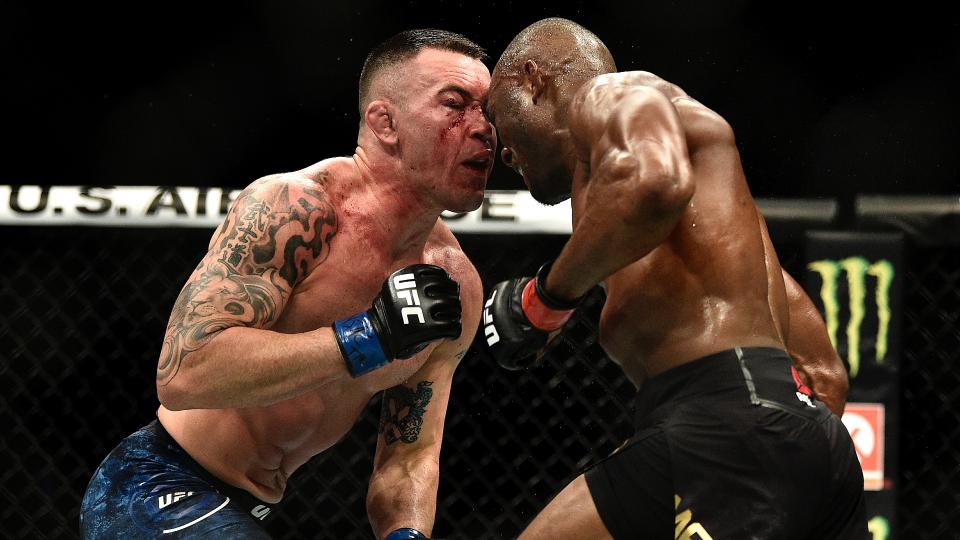 Kamaru Usman, and Colby Covington, are two names when they clash, creating a ruckus inside the octagon. It is just a non-stop action-packed thriller that doesn’t seem to take a break. These two fighters fought each other twice, and the result went in Usman’s favor. Even if the result was one-sided, what happened in those fights was not one-sided. Colby Covington gave one hell-of-a-fight to Kamaru Usman. Watch the fight to know better how tough it was for the best pound-to-pound fighter like Usman to keep up with the pace of Colby. Their stamina was next level, it looked as if five rounds were also less for them. If the situation was otherwise, they could have continued to even further. Credit to both the fighters for providing such epic entertainment.

Kamaru and Colby have been involved in two fights. In the first fight, Usman won in the fifth round via a technical knockout. In the second fight, Usman won via decision. Fights like these are really tough to judge when punches and kicks are flying around constantly. And these are not just the casual punches and kicks, these are extremely technical bouts where the judges have to be absolutely precise. There are very minute details one has to take care of where the limit is not set.

Let us have a detailed look at the two fights that happened between Kamaru Usman and Colby Covington.

The two fighters met for the first time in 2019 for the UFC Middleweight title fight. A lot of build-ups were done before the start of the fight, as Colby was the number one contender. The match started to like how everyone anticipated, with full action from the word ‘Go’. It was a great exhibition of talent and skills. Both fighters did not hold back, punches after punches. It was wholesome entertainment for the public inside the stadium and fans watching it on TV. Jabs, uppercuts, and whatnot, those fighters were just amazing that night. It is probably one of the best fights in the history of the UFC. If Usman came in with a big right hand, then Colby would reply with a nice left. It didn’t matter after a point, they just with in the flow.

A big change came in the third round when Usman’s punch landed straight on Colby’s jaw, and it broke. In the last two rounds, Colby fought with a broken jaw but still refused to give up. He conditioned his mind to such a degree that it made us look as if he completely forgot about his jaw. He fought like a true warrior inside the cage, and credit to him for not giving up. However, in the 5th round, Kamaru caught him off-guard, hit him with a couple of punches, and won the fight via technical knockout.

After two years, the fighters met again for their second bout. Not happy with how the first match ended for Colby, he was in revenge mode. But the issue was, in those three years, Kamaru had become more technical and overall improved as a fighter. In the first round of the second fight, Usman knocked Colby with a nice right punch that made him fall to the ground. He got up, though, and started to fight again. The fight lasted for the entire five rounds. Exhausting, exhilarating, and after a lot of punching and counter-punching, the fight came to an end. The winner was decided via decision, and it was Kamaru Usman.

The two fights really showed us the entirety of what great fighters can do. How far they can go to entertain the audience and put their bodies on the line truly deserves our respect.