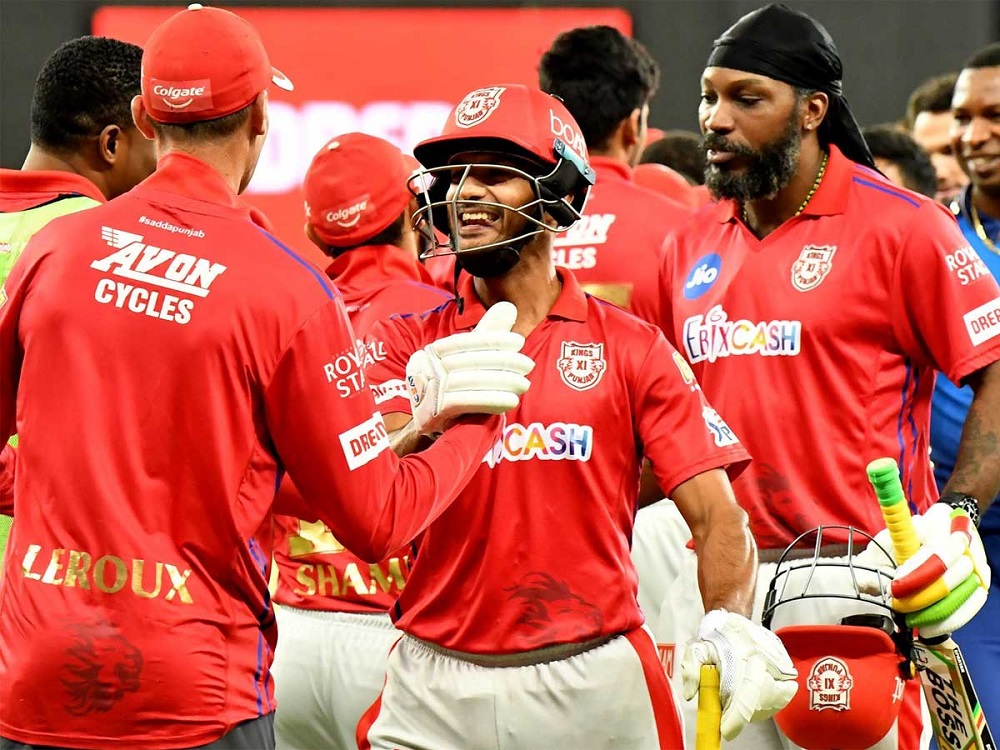 IPL 2020 has been nothing but a roller coaster ride this season. Yesterday, we got to see another such match as Kings XI Punjab were up against Mumbai Indians. It was matchday 36 of IPL 2020 and was being held at Dubai International Stadium. Mumbai Indians have been really impressive this season just like always. They lost the first match of IPL 2020 against CSK but made a great comeback with their 49-run victory against KKR. After that, they lost to RCB in super-over but then again won 4 matches back-to-back. KXIP, on the other hand, had won only 2 matches and that too both against RCB. However, with Gayle’s entry back into the playing 11, they have been really impressive. The 41-year old had played only 1 match but smashed 53 in 45 to win that match for his side.

Mumbai Indians won the toss and their skipper Rohit Sharma opted to bat first. However, this decision did not work quite well for him as he (Rohit- 9 in 8) got out in the 3rd over. In the very next over, Suryakumar Yadav (0 in 4) also got out. After that came Ishan Kishan (7 in 7) but he also did not last long. Arshdeep Singh dismissed him in the 6th over to take his 2nd wicket of the match after Rohit Sharma. After Ishan, Rohit sent Krunal Pandya to the crease, Everyone was shocked by this decision as Krunal had been promoted above Hardik and Pollard. However, Krunal proved his captain’s decision as perfect as he helped De Kock from the other end of the crease. Krunal smashed 34 runs in 30 balls before Bishnoi dismissed him in the 14th over. After that, Hardik Pandya came to the crease.

Hardik (8 in 4) smashed six on the first ball as he came on striker but soon got out in the 16th over. After that, Keiron Pollard came on to the crease. He was smashing boundaries until De Kock (53 in 43) also got out in the 17th over. However, Coulter-Nile came in to support Pollard. Both, Coulter-Nile and Pollard smashed 57 runs together in the last 21 balls to take MI’s total to 176-6 in 20 overs. This was not a huge target for a team like Punjab. With the likes of KL Rahul, Mayank Agarwal, and Chris Gayle, they could easily chase this. However, MI had the bowling attack that could make it difficult for KXIP to chase even a target like this. So, let us see what happened in the second innings.

KL Rahul and Mayank Agarwal, the best opening duo of IPL opened the innings for KXIP once again. Both of them were smashing boundaries to create pressure on Mumbai Indians. However, soon Rohit’s go-to bowler Bumrah dismissed Agarwal (11 in 10) in the 4th over. Then came Chris Gayle to support KL Rahul from the other end. But Mayank’s dismissal did not seem to affect the KXIP skipper much as he continued hammering the MI bowlers. Gayle on the other hand started off a bit slow but was hitting boundaries when get got his chances. However, Rahul Chahar dismissed Gayle (24 in 21) in the 10th over as Kings XI Punjab became 75-2 now.

After Gayle came Nicholas Pooran who was playing aggressive from the start. He was firing the MI bowlers until Bumrah once again rescued his side, dismissing Pooran (24 in 12) in the 13th over. In the very next over, Rahul Chahar got his second wicket as he got Glenn Maxwell (0 in 2) ducked. However, KL Rahul had not given up yet. He was still doing his part as he played a wonderful innings like a captain. But, Bumrah soon dismissed him (KL Rahul- 77 in 51) in the 18th over to leave Punjab needing 24 runs in 15 balls. Now, Deepak Hooda (23* in 16) and Chris Jordan (13 in 8) were Punjab’s only hope. They smashed boundaries but could only get the game to 2 needed off 1. They completed the first run but Jordan got run-out in the second. Now, the match was tied as KXIP had scored 176-6 in 20 overs.

What happened in the super-over?

This was the second super-over of the day as in the previous match, SRH and KKR also went up against each other in the super-over where KKR emerged victorious finally. The super-over between MI and KXIP began as Rohit handed the ball to Bumrah. The latter did his part very well as he restricted KXIP to a total of 5 runs only in the super-over. However, MI failed to chase that too as Shami defended those 5 runs also excellently. He bowled 6 yorkers to hang in Rohit Sharma and Quinton de Kock from scoring a target of 6 overs. The match was again tied as MI could only score 5 runs with De Kock getting run-out during the 2nd run on the last ball.

Then, the 2nd super-over began. Now, Chris Jordan was bowling for KXIP. Hardik Pandya and Pollard came in to bat for MI. They managed to score 11 runs with Hardik getting run-out on the 4th ball. Now, KXIP needed to chase 12 runs off 6 balls as Trent Boult came into attack for the Rohit Sharma-led side. KL Rahul on the other hand sent Chris Gayle and Mayank Agarwal to finish things off. Gayle shot a huge six on the first ball itself to get the target to 6 in 5. He got a single after that to get Agarwal on strike. Mayank fired the 3rd ball for a four. Now, KXIP only needed 1 off 3 and Mayank finished things off in style as he shot another four into the mid-wicket. Finally, Kings XI Punjab had emerged victorious in what proved to be a nail-biting fixture for everyone.

Match 36 – @klrahul11 is adjudged Man of the Match for his match-winning knock of 77 off 51 deliveries.#Dream11IPL pic.twitter.com/Ctjf4g8GqO

KL Rahul won the Man of the Match award for his excellent innings of 77 runs in just 51 balls. However, the skipper gave away all the credit to his team who had put up a mind-blowing performance. Chris Gayle and Pooran put in good contributions for the team while Shami had brilliantly defended even 6 runs in the super-over. He also gave a special mention to Mayank Agarwal who made a mind-boggling save on the last ball of the 2nd super-over to save 4 runs for his team. The KXIP skipper and his team were really happy with their game and the composure they had shown even in such hard times.

MI had lost the match but they were definitely not upset with their performance. The players of both the sides (KXIP and MI) were seen laughing out after the match after the thrilling double super-over match. Kings XI Punjab also created a record to become the first team to win the second super-over in the cricketing world. Now, they will definitely be looking forward to maintain their winning streak if they want to qualify for the playoffs. Mumbai Indians, on the other hand, will be now bracing themselves up to get those 2 victories they need to qualify for playoffs. So, both the teams will be getting ready as KXIP face DC in their next fixture whereas MI will be up against CSK in their next match.