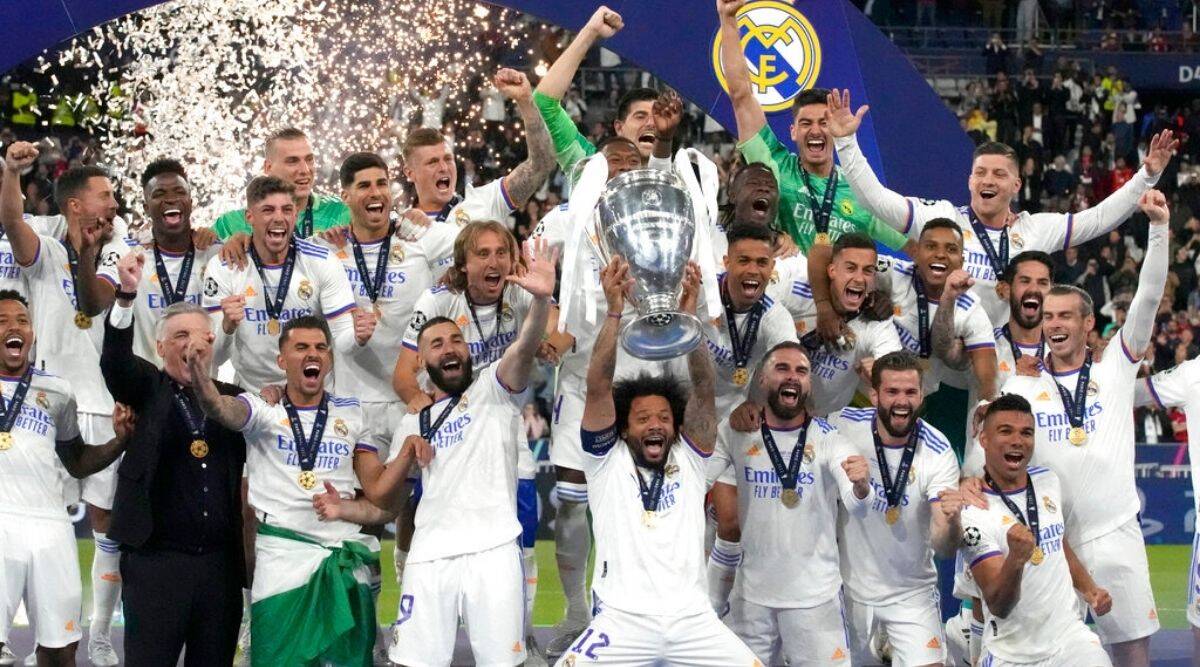 With the odds surprisingly stacked against them, Real Madrid once again proved to the world why they are considered as one of the most decorated and respected clubs in the world. The 21/22 edition of the UEFA Champions League final finally reached its epic conclusion in a fierce and tensed battle between two behemoths of European football. Liverpool and Real Madrid certainly bought out their top performance for the night, with neither side giving the other an inch.

The match itself had a rocky beginning due to some fans jumping the barricade and entering the Stade de France. This caused a delay in the kick-off. However, the order was soon restored, and the closing ceremony began with a series of hits by pop sensation Camila Cabello. This set the mood for the grand affair that was about to take place, and at the time, it was the single most-watched event across the globe.

The match began with a dominating Liverpool side employing their tried and tested Gegenpressing to keep Real Madrid players at bay. Karim Benzema was tightly guarded as he was pinpointed to be the main threat after his ravishing performance in the tournament. On the wings, Vincius Jr and Valverde tried to get things going, but they too were tightly marked by Trent Alexander Arnold and Andy Robertson. For a while, it was clear Liverpool certainly had the upper hand in the match and was dictating the flow quite easily. Whereas Real Madrid looked laid back and was a little slow to start.

Liverpool, with forwards Mane and Salah, looked like a threat from the moment they stepped on the field. With Luiz Dias and Thiago controlling the midfield brilliantly. Mane, Diaz, and Salah all had clear chances at the goal. However, one of the main deciding factors behind Real Madrid’s win was Thibaut Courtois. Courtois was in an inspirational form where one could even say that he single-handedly saved Real Madrid from the brink of defeat. He completed the match with an astounding 9 saves, which were the most saves ever in a Champions League final. Owing to Thibaut Courtois’ impressive display, Real Madrid slowly but surely saw themselves gain back the momentum and rhythm. Just before halftime, Benzema seemed to open the scoring for Real Madrid only for it to get disallowed for offside. However, the incident was still marred with controversy as the offside call seemed questionable because the ball had come off the foot of Ibrahima Konate and then Fabinho to fall into Benzema’s path. Nonetheless, both teams went back to their dressing rooms for halftime with the score perfectly balanced at halftime.

The second half similarly began with Liverpool trying to dominate the game. However, this time Real was ready to pounce back at any opportunity. Liverpool was playing a high line which meant the defense was compromised for Liverpool. A swift counterattack would certainly prove lethal in that scenario, and at the 59th minute, Liverpool was caught off guard, and Valverde made a spectacular run inside the box to find Vinicius at the far-post with an unstoppable low cross. In the end, a simple tap-in did the work as Vinicius wheeled away for the celebrations. We were up for another Carlo Ancellotti masterclass. Real Madrid was committed to keeping their shape and defending the goal with a low block. With late substitutions, Carlo Ancelotti looked to eat up some time on the clock, and in the end, they were victorious. A single Vinicius goal and the wall that Thibaut Courtois became helped Real Madrid lift their 14th UEFA Champions League title.

Liverpool had registered a whopping 24 shots with just 9 shots on target and no goals to show for it. Compared to that, Real Madrid had 4 shots overall with just 2 goals on target and a single goal to win the championship. A cruel heartbreak for the Liverpool players and fans alike as they failed to complete the treble and missed out on two of the biggest trophies they were a part of. This was speculated to be Sadio Mane’s last game for Liverpool as well as for Real Madrid’s Marcelo, who was fortunate enough to lift the trophy as the team captain for the last time with Real Madrid. Considering the path Real Madrid had to follow on their road to the final, beating the likes of PSG, Chelsea, and Manchester City, they certainly earned their trophy for this year’s Champions League.