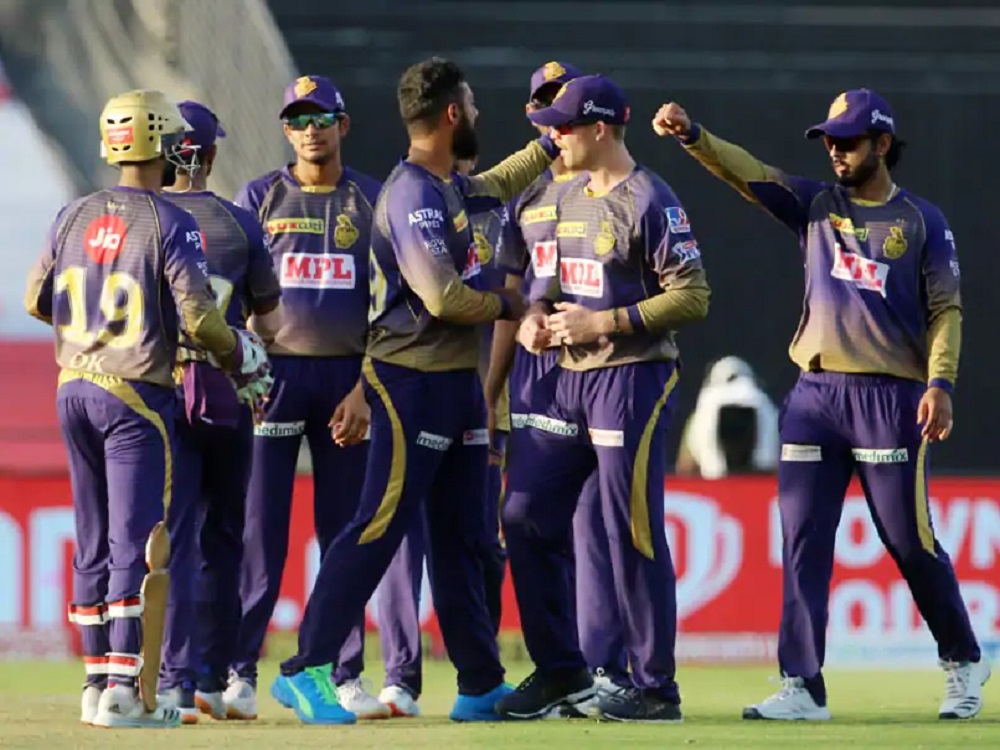 Kolkata Knight Riders and Delhi Capitals, both these teams have maintained their position in the points table in IPL 2020. DC has been extremely impressive as they had won 7 out of their 10 matches and were in the second position just behind MI. On the other hand, KKR has been resting in the 4th position for a very long time. Now, it was time for both these teams to battle it out against each other. Both were looking for a win as a win would put DC directly into the playoffs whereas, for KKR, a win would give them an edge over their close rivals KXIP and SRH. So, let us see what happened in the match

Delhi Capitals won the toss and chose to bowl first. Since the match was in Abu Dhabi, DC skipper Shreyas Iyer wanted to restrict KKR to a low target and go for an easy chase and it seemed like that was very well happening as KKR lost their opener Shubman Gill (9 in 8) in the 2nd over itself. After Gill’s dismissal came Rahul Tripathi to support Nitish Rana. However, getting out of Gill did not affect Tripathi and Rana as they played their natural game. Tripathi gave the KKR innings a pace as he scored 13 runs in 12 balls before getting out in the 6th over. Then came Dinesh Karthik to support Rana from the other end, At the end of the powerplay KKR had scored 36 runs and lost 2 wickets already.

Soon in the 7th over, Rabada dismissed Karthik (3 in 6), after which Sunil Narine came to the crease. Narine played an excellent knock as he hammered the DC bowlers with Nitish Rana. The two played a wonderful partnership of 115 runs in just 56 balls. Narine (64 in 32) got out in the 17th over as he was trying to go for another big shot. As a result, Eoin Morgan came to the crease now. Rana and Morgan then again smashed the DC bowlers to get KKR’s total to 194-6 in their 20-over innings. Both, Rana (81 in 53) and Morgan (17 in 9) lost their wickets in the last over to Stoinis. However, the Morgan-led side had put up a good target and could defend that with their bowling attack.

Delhi Capitals had a huge target in front of them and they needed some big knocks from their star batsmen. As a result, Ajinkya Rahane and Shikhar Dhawan came to open the innings for DC. However, in the very first ball of the second innings, Pat Cummins dismissed Ajinkya Rahane (0 in 1). As a result, Shreyas Iyer came to the crease. However, KKR was not willing to let go off DC. In the 3rd over, Cummins struck again as he dismissed Shikhar Dhawan (6 in 6). So, Rishabh Pant came to the crease to support Shreyas Iyer now. The duo played well as they built a partnership of 63 runs in 53 balls before Pant (27 in 33) got out in the 12th over. Just two overs later, Shreyas Iyer (47 in 38) and Shimron Hetmyer (10 in 5) also got out.

Now, the whole lineup of DC had just collapsed. Marcus Stoinis and Axar Patel were present on the crease but the fans had already lost hope. In the 16th over, Varun Chakravarthy struck again as he dismissed Stoinis (6 in 6) and Patel (9 in 7) in the same over. So, Kagiso Rabada and Ravichandran Ashwin came in to bat. They tried to play as much as they could before Rabada got out in the 19th over. Then, in the final over Ferguson dismissed Deshpande and ended KKR’s innings at 135-9. Kolkata Knight Riders had claimed a massive victory over Delhi Capitals by 59 runs.

For Match 42, Varun Chakravarthy bags the Man of the Match award for his brilliant 5-wkt haul.#Dream11IPL pic.twitter.com/zQO8bcAR2W

Varun Chakravarthy won the Man of the Match award for his stunning 4-over spell as he took 5 wickets and gave away just 20 runs. The spinner’s fifer had helped KKR a lot as he took many crucial wickets to restrict DC to a low total. On the other hand, Nitish Rana also played a brilliant role along with Sunil Narine as the duo batted amazingly to help KKR score a big total. Rana dedicated his half-century to his father-in-law who passed away a day before. Everybody appreciated the player for his knock, mental strength, and the effort he had put in.

Finally, KKR had got a win and they maintained their 4th position in the points table. On the other hand, DC had lost yet another to match to elongate their wait to qualify for the playoffs. This match surely proved that just anything can happen in Dream11 IPL 2020. The KKR who could only score 84 runs against RCB (3rd position) had defeated DC (2nd position) by 59 runs. Now, the Eoin Morgan-led side will be looking further to get more wins if they want to qualify for the playoffs. So, they will be facing KXIP in their next match whereas DC will be up against SRH.