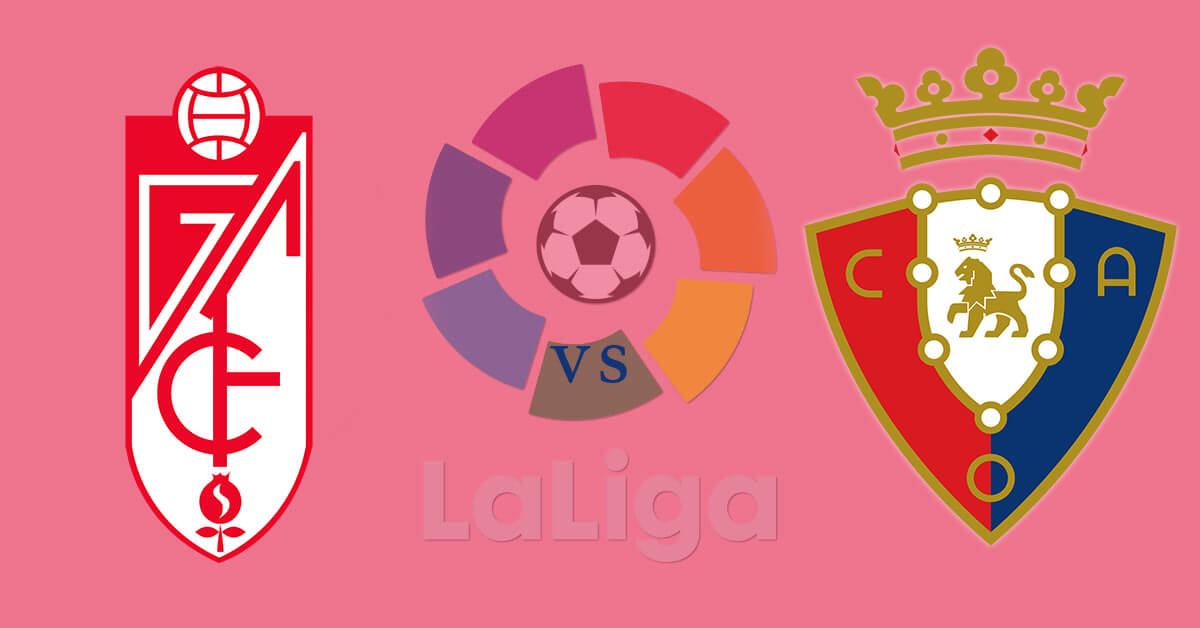 The following article is about the prediction of the match between Osasuna vs Granada. It has been just a few hours since the UEFA Champions League matchday concluded. After a stunning performance from the teams, we will be entering into the UEFA Europa League on Thursday and Friday. After that, we will again get some league action. All the European leagues will come back for matchday nine on 23rd October.

This is a great week for football fans. They are getting continuous football enjoyment. The Asian football fans will have a dark circle under their eyes due to spending the whole week without proper sleep.

Most of the interesting matches are going to take place on the 24th, like the El Classico and Manchester United Vs Liverpool. But there are also good matches that will be played on the 23rd. Out of those good matches; one of them will have Osasuna facing Granada. It may sound not so interesting at first but give me some time to explain why it can be a great match. As most of you know that the details surrounding the match have already been revealed. So without further delay, let us look at those details and see why this match can be one of the better matches of matchday 9.

Osasuna vs Granada: Where To Watch?

Osasuna will face Granada in the matchday 9 of La Liga Santander. The match will be broadcast live from Estadio El Sadar, Navarre, located in Spain. It is the home ground of CA Osasuna. The match will be played on the 23rd of October, 2021. Osasuna vs Granada will be broadcast live on Star Sports Network Channels. For online viewers, people can stream it on Voot App, Jio TV App, and Sony LIV app. Facebook has the right to broadcast La Liga Santander, so it will also be available on Facebook for live streaming. The match will kick-off sharp at 12:30 A.M. according to the Indian Standard Time. The tickets can be purchased online.

CA Osasuna is always expected to finish in the second half of the league. It may sound biased, but it is the truth. Osasuna has surprised us in the past, but they cannot hold their consistency for long. Even if they have a good start, at the end of the season, they hardly make it above the tenth position. But this year seems a bit different. They seem to be quite determined to perform well and keep the fans smiling. After playing nine matches, Osasuna is in the fifth position of the league table with 17 points. They have won on five occasions, lost, and drew in two matches each. Kike Garcia, Jon Moncayola, Lucas Torro, David Garcia, etc., will all be trying to keep up this momentum.

On the other hand, Granada CF had a disappointing start to the season. They have the same problem as Osasuna in the previous seasons. Over the years, they have produced several world-class players but could not do the same with their form. The best Granada did in the last decade was to qualify for Europa League. Currently, they are in the 17th position with just 6 points from 8 matches. They are on the verge of entering the relegation zone. Ruben Rochina, Carlos Bacca, Luis Suarez, Angel Montoro, etc., can surprise us in a difficult situation.

As I mentioned previously that this will be a good match. It is so because both teams have been underperforming for the last few seasons. It is interesting how CA Osasuna will try to keep their momentum and keep themselves in the top five of the league. They will also try to climb the league table. On the other hand, Granada CF will be trying its best to avoid the relegation zone. They have been relegated in the recent past and will try everything to avoid getting that same experience. It is a battle of progression against survival. For me, it will be CA Osasuna who will win with a 2-1 margin. Give your feedback on the article.