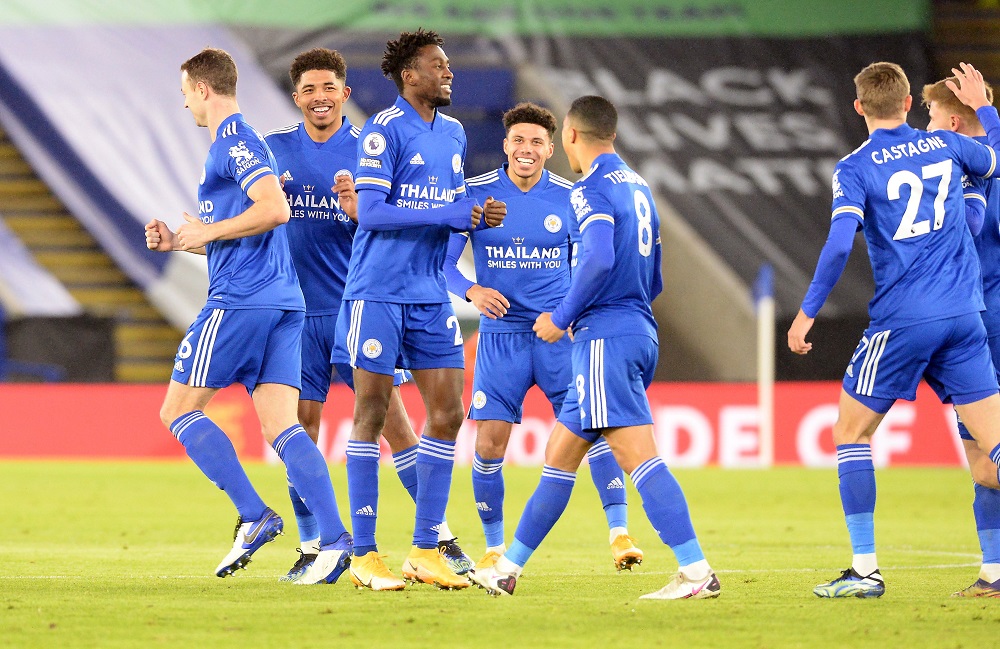 Leicester City thrashed Chelsea to climb to the top of the Premier League points table.

Leicester City hosted Chelsea at the King Power Stadium for their 19th fixture of the Premier League. Leicester City had an unchanged lineup from a two-goal victory over Southampton in their last league game. However, there were four alterations to Frank Lampard’s Chelsea side. The former Blues player made the following changes: Hudson-Odoi, James, Havertz, and Abraham for Azpilicueta, Jorginho, Ziyech, and Olivier Giroud. Leicester City was unbeaten in their last Premier League meetings with Chelsea where the Foxes had lost nine of 11 league meetings with the Blues before this run. So, this match was going to be really interesting as both the teams were looking forward to climbing up the points table.

The match began and Leicester City made their intentions clear with early pressure on Chilwell deep inside the visitors half and conceded a free-kick. Leicester City took an early lead in the 6th minute. Maddison worked a short corner from the right to Albrighton, who then cut it back to Barnes on the edge of the box. The attacker sliced his shot backward and Ndidi picked up the loose ball. He then smashed it from outside the box into the bottom left corner of the goal. Chelsea made a decent attempt testing Schmeichel. Mount’s in-swinging delivery found Silva at the near post but his header was directed straight at the keeper who punched it to safety.

Then, in the 26th minute Leicester City regained the ball down the left flank. Barnes advanced to Albrighton in the central area. The winger took a touch to set himself up before seeing his right-footed drive from range tipped behind for a corner by Mendy. The Blues sprang into life as Havertz cleverly flicked the ball into Pulisic who drove at Leicester’s defense. The American laid it off to his right for Hudson-Odoi but his attempt from the right side of the box sailed into the side netting.

Sometime later, Maddison doubled the Foxes advantage. Schmeichel’s long pass was not dealt with by Chelsea’s defender and allowed Albrighton to swing an inviting pass into the box for Vardy from the right. Rudiger nudged the striker to the floor and Maddison arrived late to steer the ball beyond Mendy from the center of the box. With that, the first half ended with a score of 2-0 and the home side were leading the game.

The second half began as Leicester City continued their domination over Chelsea. The Foxes regained possession high up the field and Albrighton found a yard of space down the right flank and whipped in an inviting cross towards the back post. Justin got a yard on James although his close-range header went just wide of the near post. Leicester almost scored their 3rd goal against the Blues. With Chelsea pushing on to pull one back, the Foxes were able to counter-attack. Vardy drove the hosts forward before cutting back on to his left foot and playing Tielemans down the left side of the penalty area. After that, the Belgian’s left-footed attempt was stopped by Mendy’s legs.

However, in the injury time, there was some bright play from Chelsea. Mount found Ziyech down the right side of the Foxes area. The winger cut onto his left foot but his tame effort was hit straight at Schmeichel. With that, the match ended as Leicester City emerged victorious in a 2-0 win. Consequently, they climbed up to the top of the points table. Anyhow, both the teams will now be getting ready for their upcoming gamed. The Foxes will next face Everton on 28/01 whereas Chelsea will be locking heads with Wolves on 27/01.