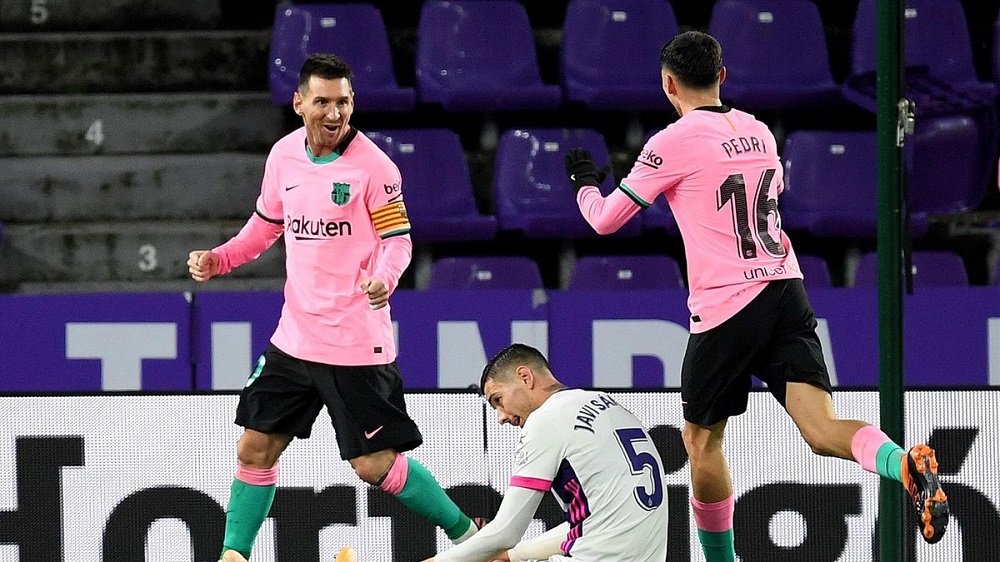 Lionel Messi has now broken Pele's record of Most Goals scored for a single club.

Lionel Messi, if you’re talking about football records, you’ve to talk about this player. Time and again, the 33-year old Argentine has proved why he’s one of the best players in the footballing world to date. It has been 15 years since Messi joined pro-football at Barcelona and since then he has broken many records. He has had his ups and downs but never failed to help his team. Be it through scoring, assists, or key passes, the La Pulga has always been there for Barcelona. At the age of 16, Messi made his debut for the first team of Barcelona in a friendly against Porto (2003). He impressed the coaching staff with his presence on the field and consequently began to train with the first team on a regular basis.

Finally, on his 18th birthday in 2005 Messi signed his first contract with the first team. He made an immediate impact as in his first season at the club, Barcelona won the UEFA Champions League and the La Liga. Even though the Argentine was unable to play in the Champions League final, he had done a great job throughout the season. At that time, Ronaldinho himself had said that Messi would go on to become an even better player than him. Consequently, after the departure of Ronaldinho from Barcelona, Lionel Messi was given the number 10 jersey and was seen as the heir to Ronaldinho’s throne. The La Pulga had already won many awards by then and the Spanish media had quoted him as the “Messiah” for Barcelona.

Recently, Lionel Messi broke yet another record and that too, of football’s one of the greatest players all time. Messi broke Pele’s record to become the player to score most goals for a single club. Pele, during his time, had scored 643 goals for Santos FC. As a result, this record was seen as a milestone that would be unachievable. However, Messi scored his 644th goal in Barcelona’s victory against Real Valladolid this Wednesday to break Pele’s record. Last week, Messi scored a header against Valencia to tie his tally of goals with Pele. Now, the 33-year old Argentine has taken over the Brazilian as he has scored 644 goals for Barcelona and still counting. The goal came from his left foot after a brilliant assist from the 18-year old Barcelona prodigy Pedri Gonzalez.

Messi went on to make a special post on his Instagram handle about the feat he just achieved. This is another record that the Argentine has added to his name. This year, Messi also became the first player to win the 7th Pichichi Award leaving behind Athletic Bilbao’s Telmo Zarra. Anyhow, Messi will be looking forward to break other records in the coming time. Even though his future at the club is uncertain, the Argentine will give his best to help Barcelona win the titles they’re competing for this season. Apart from this, we all know that Lionel Messi will go down as one of the greatest players of all-time in the history of football.