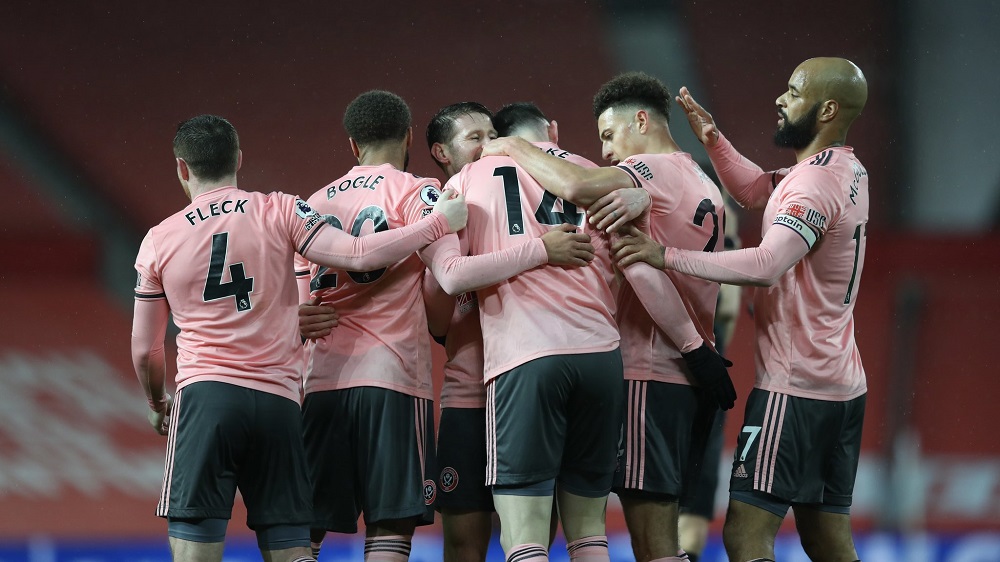 Manchester United hosted Sheffield United to play their 20th fixture of the Premier League at the Old Trafford. Manchester City had already surpassed Manchester United to make it to the top of the Premier League points table. The former had thrashed West Brom on Tuesday night to make it to the top. Ole Gunnar’s men had the perfect chance to respond and reclaim the top spot against the bottom club Sheffield United. The Red Devils were unbeaten in their last 13 PL games and had won their last three games on the bounce at home.

The Blades on the other end of the spectrum after taking five points from their opening 19 matches. Chris Wilder’s men claimed a vital win over Newcastle United to earn their first victory of the campaign. However, their hopes of survival in the Premier League looked slim, to say the least. So, looking at the stats, United were the favorites. The Red Devils could not afford to take the foot off the gas and the victory at Old Trafford could provide a turning point for the South Yorkshire outfit.

The match began as Sheffield United kicked off but it was the hosts who dominated the quarter of the first half. They kept the Blades’ defense and goalkeeper busy with continuous attacks. After the end of the quarter, Manchester United was not able to find their stride and the Blades were growing in confidence as Bryan’s cross just evaded McGoldrick in the middle. The bottom club in the league took the lead at Old Trafford as Bryan converted from close range. Fleck put in a great ball from a corner towards the near post. Bryan jumped high enough to get there ahead of De Gea before he guided his header into the back of the net with the aid of the left post. The Red Devils got their grove back after the goal they conceded.

They again started to pressure on the defenders and the goalkeeper. However, there was a disallowed goal for the Red Devils. Martial steered the ball into the net after Ramsdale dropped the ball amid pressure from Maguire. The referee blew for a foul before the Frenchman found the net. Although there was not a great deal of contact from the United skipper on the Blades keeper, the referee didn’t let the goal stand. Soon after that, the home side was not clicking in the final third with their passing game. Manchester United was finding life extremely difficult in their attack. Fernandes, Rashford, and Martial were not able to connect much. The Wilders side had been great by all means especially defensively as they did not allow the home side an inch. The half ended with a score of 1-0 and the Blades leading the game.

All the highlights from our 2-1 win over Man United. pic.twitter.com/spWvWZHpWC

The second half began as the Red Devils struggled for an equalizer from the beginning. However, they settled in the game soon and got their much-needed equalizer in the 64th minute of the game. The home side leveled as Maguire scored against his hometown club. Telles put his delivery from a corner on the left flank on the mark towards the spot. Maguire got a march on Jagielka and sent his header low into the bottom right corner giving Ramsdale no chance. The goal from the skipper gave his side a boost and they got their groove back in no time.

The Red Devils started to put some show for the spectators. However, the show was short as the Blades got their second goal out of nowhere. Martial lost possession and it allowed the Blades to break forward on a counter-attack. Lundstram probed down the right flank and found Burke who saw his first shot blocked. He connected again with a firm effort that deflected off the Tuanzebe before striking the underside of the bar and into the back of the net. After that, Manchester United was only trying to build for a goal in the final third. However, the Blades were resilient and held firmly onto their lead.

The Red Devils tried to put pressure on the goalkeeper but were still unable to convert their chances as they were desperate for an equalizer till the end. Finally, the second half ended with a score of 2-1. The Blades emerged victorious at the Old Trafford in a 2-1 glorious win. With this loss, Manchester City managed to stay at the top of the points table and they still have a game in hand. Anyhow, both the teams will now be preparing for their upcoming games. Manchester United will travel to Arsenal for their next fixture on Saturday at the Emirates Stadium. On the other hand, Sheffield United will travel to Manchester City for their next fixture on Saturday.

A ‘Performance of the Match’ from Flecky at Old Trafford. 👏 pic.twitter.com/LKTnB0sHWt