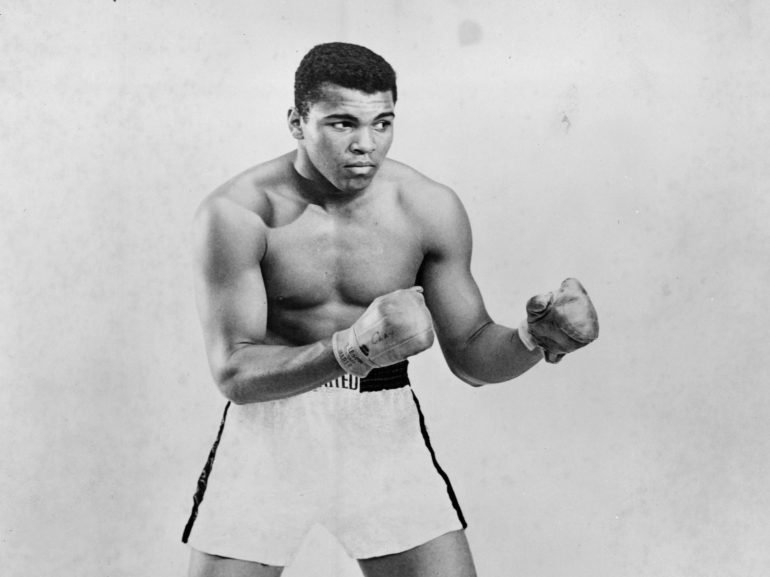 Muhammad Ali, the name is enough to describe all the emotions one feels for this man. The greatest of all time, the G.O.A.T. To explain it simply, in an interview Mike Tyson once said, “Every head must bow and every tongue must confess, Muhammad Ali is the greatest fighter God has ever created”. This is it. You cannot explain this guy any better. When you saw him inside the ring, Ali never looked like a heavyweight, he was too quick to be a heavyweight. It was the speed, and accuracy of all his shots, combined with the machismo, and charisma that made him what he is. There has never been a fighter like him before and there will never be a fighter like him in the future. There is only Muhammad Ali.

Apart from all the boxing skills he possessed, there was a huge element of ‘Trash Talking’ in him. Of course, to back them up, he had everything he needed to have. Mentally, he was the strongest, if not physically. But it is said that the majority of the players lost to him mentally before even entering the ring. That was his style and he succeeded in it with brilliance and grace. He was boxing at a time, which is regarded as the best period in heavyweight history. There were so many brilliant boxers, majority of greats are from that era, And still, being able to be at the top is just incredible.

Born on 17 January 1942 in Louisville, Kentucky, Muhammad Ali was born Cassius Marcellus Clay. He made his first professional appearance as a 17-year-old. He was so quick on his feet, that it became really difficult for other fighters to guess his next movements. He quickly climbed up the ranks in the heavyweight division. Clay made himself the number one contender for the title against Sonny Liston. However, many people assumed that it is just a fluke. Many further statements were made against Cassius and his game.

“He would be floored to the ground in no time”, many fans made statements. On February 25, 1963, the title fight between Sonny Liston and Cassius Clay happened. The fight was ferocious, a lot of dirty tactics were being used by Liston. Clay dominated him in the first two rounds and therefore, Liston and his team devised a plan. They applied some ointment on his gloves which irritated Clay’s eyes, him complaining of some burning sensation. Then also, Liston was unable to defeat Clay, even when Clay was having a problem with one of his eyes. Eventually, Clay won the fight with a knockout and was declared the new heavyweight champion.

His reign continued before he was stripped of his title because of his political remarks on the US- Vietnam war. He made a comeback in the fight against Joe Frazier, but now as Muhammad Ali. He converted to Islam as he felt a connection with the religion and also thought that Cassius is a slave name. However, he lost the fight against Joe, making it his first loss in the heavyweight division. There was a round two between both the boxers and it was termed ‘The Fight of the Century.

Muhammad Ali won the fight and took his title back. After this iconic fight, his fight against George Foreman was one of the biggest fights in his career. It was named ‘Rumble In the Jungle’ which Ali won via knockout. It is one of the most iconic knockouts in the history of boxing.

The greatest of all time, Muhammad Ali earned $2.5 million in his fight against Frazier. His biggest paycheck was $15 million against Larry Holmes. His net worth at the time of his death was $50 million.