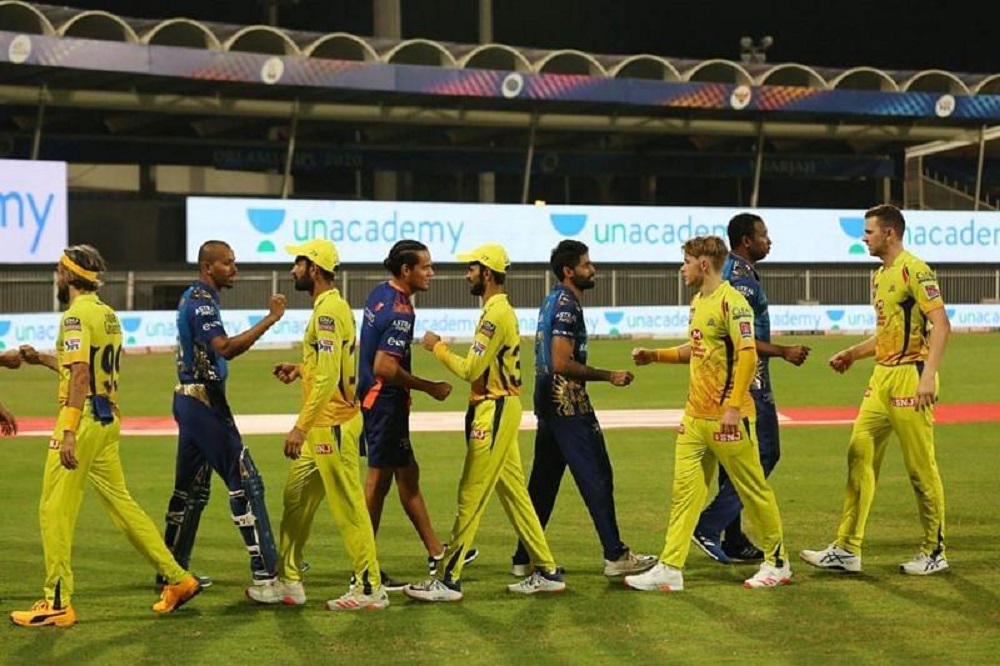 Mumbai Indians is one of the best teams in IPL and no one can ever deny that. Their record says it all. 4-times title champion, the most titles won by any team in the history of IPL. Just behind them are Chennai Super Kings, their biggest rivals who have won 3 IPL titles. Mumbai Indians have been in excellent form this season too and have maintained their position in the points table. They had been fighting with Delhi Capitals for the 1st and 2nd position for a long time. However, after losing their match against Kings XI Punjab last Sunday, they moved down to the 3rd position. RCB climbed above them with an outstanding win over Kolkata Knight Riders.

Chennai Super Kings on the other hand have had their worst season of IPL till now in this tournament. They had won only 3 games till now out of the 10 games that they have played. The only chance of them qualifying was if they win all of their upcoming matches. Consequently, it was time for MI vs CSK a.k.a the El Clasico of IPL. Keiron Pollard was coming in as the captain for MI because Rohit Sharma was not feeling well. So, let us see what happened in the match.

Mumbai Indians won the toss and Pollard opted to bowl first. This decision turned out quite well for them as Trent Boult took a maiden wicket in his first over itself to dismiss CSK’s opener Ruturaj Gaikwad (0 in 5). In the very next over, Bumrah struck as he took two crucial wickets of Rayudu (2 in 3) and Jagadeesan (0 in 1). After that, in the 3rd over Boult took another wicket to dismiss Faf du Plessis (1 in 7). Now, MS Dhoni and Ravindra Jadeja came to the crease. Both of them were trying to defend their wickets as CSK were already 3-4 in just 3 overs. This was really one of their worst performances ever. However, Dhoni was there and the fans trusted him more than anything.

Dhoni and Jadeja had just comforted the CSK fans when Boult took his third wicket to dismiss Jadeja (7 in 6) in the 6th over. In the very next over, Chahar came to bowl and dismissed Dhoni (16 in 16). Now, CSK fans had lost all hope as all of their star batsmen had got out. However, Sam Curran had different plans. He had come to the crease with Deepak Chahar. Even though in the 9th over Deepak Chahar’s brother Rahul Chahar dismissed him, Curran did not seem to be under pressure at all. He built a partnership with Shardul Thakur until the 15th over when Thakur (11 in 20) got out. After that, he also played a good partnership with Imran Tahir in the last wicket to take the CSK total to 114-9 in their 20-over innings. Boult dismissed Curran in the last over to take 4 wickets.

The Mumbai Indians bowlers had done a great job as they had restricted CSK to a total of only 114 runs. They needed 115 runs in 20 overs and it was not a big task for them. Ishan Kishan and Quinton de Kock opened for MI and chased down the target in just 12.2 overs without any loss of wicket. De Kock scored a slow 46* in 37 whereas Kishan smashed the CSK bowlers to score 68* in just 37 balls. Mumbai Indians had defeated Chennai Super Kings with 10 wickets. It was the first time in the history of IPL that CSK had lost by 10 wickets. With this match, all of CSK’s hopes of qualifying for the playoffs went crumbling down. On the other hand, Pollard created a record as he now has a 15* match winning-streak as a captain.

Trent Boult is adjudged Man of the Match for his outstanding spell of 4/18.#Dream11IPL pic.twitter.com/CPLt962GEb

Trent Boult won the Man of the Match award for his excellent bowling figures of 4 wickets giving away just 18 runs in 4 overs. He had been extra-ordinary with the new ball as he took all-important wickets. He dismissed Gaikwad, Du Plessis, Jadeja, and Curran and also maintained a good economy. Mumbai Indians moved up to the 1st position after this win against CSK. The yellows, on the other hand, are now stuck at the bottom of the points table in the 8th position. However, CSK will still be looking forward to knock out other teams and get some points to maintain their reputation in IPL 2020. So, Dhoni’s side will be up against RCB in their next fixture whereas MI will be locking horns with RR.

Pace to pace with @Jaspritbumrah93 & @trent_boult

Together they wrecked the #CSK top-order and here they are recapping @mipaltan's perfect win in Sharjah. Watch the full interview for some fun on the mic with B&B.