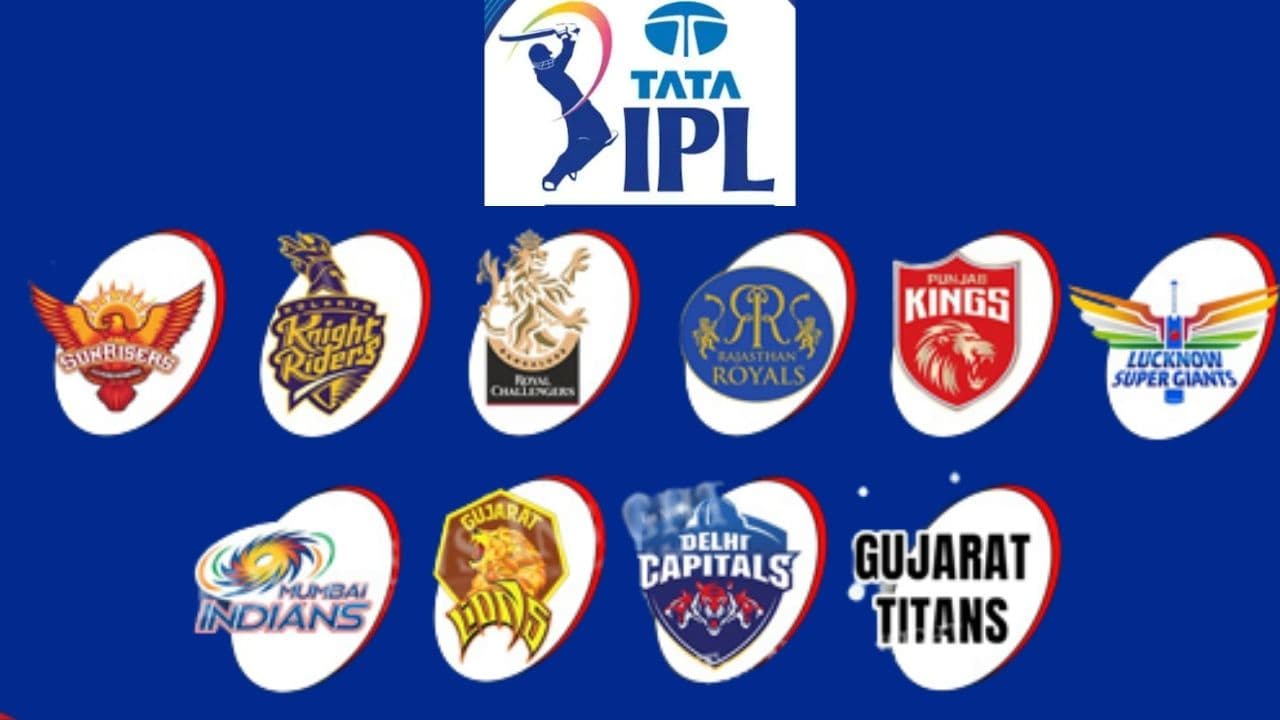 IPL 2022 is India’s fifteenth installation of the cash-rich cricket tournament held annually. The league was founded by the BCCI and usually consists of 8 IPL teams. It is usually held during the months of March-May. The IPL tournament is slotted in such a way that the IPL teams can put their best players on the field, keeping in mind the list of ICC tournaments. It is one of the most popular sporting leagues around the world. IPL is also an economically viable option for India; according to a survey done by KPMG, in a single month, the IPL contributes around 1000 crores to the economy. On the flip side to this, IPL has also led to a whopping increase in 30% of the tax that is generated through the sector of tourism. In the current edition of the IPL, the Chennai Super Kings(CSK) are the defending champions. This is the 4th championship that CSK has won under its belt. In this edition of IPL, two new teams have entered the fray- Lucknow Super Giants and Gujarat Titans, taking the tally to 10 teams.

The star-studded IPL teams are also backed by a lot of sponsors as well as a lot of cash influx. One of the highest-grossing and most successful IPL teams, Mumbai Indians has a host of sponsors along with a strong financial backing. Here, in this post, I will discuss the top 10 richest IPL teams, which will be categorized based on their net revenue.

One of the most successful teams of IPL, having won the title a record 5 times, has an enormous cash inflow. The IPL team has a net worth of roughly 761 crores. It is owned by the biggest industrial conglomerate in India, the Reliance Industries. Mumbai Indians play their matches in the stadium at Wankhede, which is having a 33,000 sitting capacity. The current captain of the squad is Rohit Sharma and is coached by the legendary Sri Lankan batsman Mahela Jayawardane. Apart from the IPL, the team has also won the 2011 Champions League T20.

They are called the ‘thalaivas’ of this tournament. After successfully grabbing the title for the 4th time, the IPL team can be truly crowned with the title that they have obtained from their fans. The Chennai Super Kings is owned by the Chennai Super Kings Cricket Ltd, and India Cements is one of the major contributors to the team. Currently, the team is having a rough estimate of around 611 crores. The current captain of the Kings is Ravindra Jadeja, and it’s coached by the kiwi opener Stephen Fleming. The poster boy of this team is Mahendra Singh Dhoni, who has captained this team right from its inception in 2008 till 2021, subsequently handing over the baton to Jadeja.

Talking in terms of the revenue, the next big name in the IPL arena is the team of King khan- the Knight Riders from Kolkata. In recent years, the solid on-field performances of the Knights and the strong charismatic characteristics on behalf of king khan have levitated the net revenue to a whole new different level at 543 crores. The primary stakeholders of KKR are Red Chillies Entertainment and the Mehta Group. The Kolkata Knight Riders have won the IPL title twice- once in 2012 and another in 2014. The current squad is led by Shreyas Iyer and mentored by Brendon Mccullum.

They may not be one of the most successful teams in terms of lifting the silverware, but that doesn’t dampen their spirits to challenge other teams and provide entertainment to all the fans alike in this t20 league. Yes, the next team in terms of the revenue quotient is the Royal Challengers Bangalore. RCSPL, a subsidiary of the United Spirits Limited (the owner of RCB), has shown a massive 14 times increase in the net revenue of the RCB, which stands at 536 crores. The team has been best made synonymous in recent years by the duo of AB de Villiers and Virat Kohli. Currently, the team is led by Faf du Plessis and mentored by Sanjay Bangar. 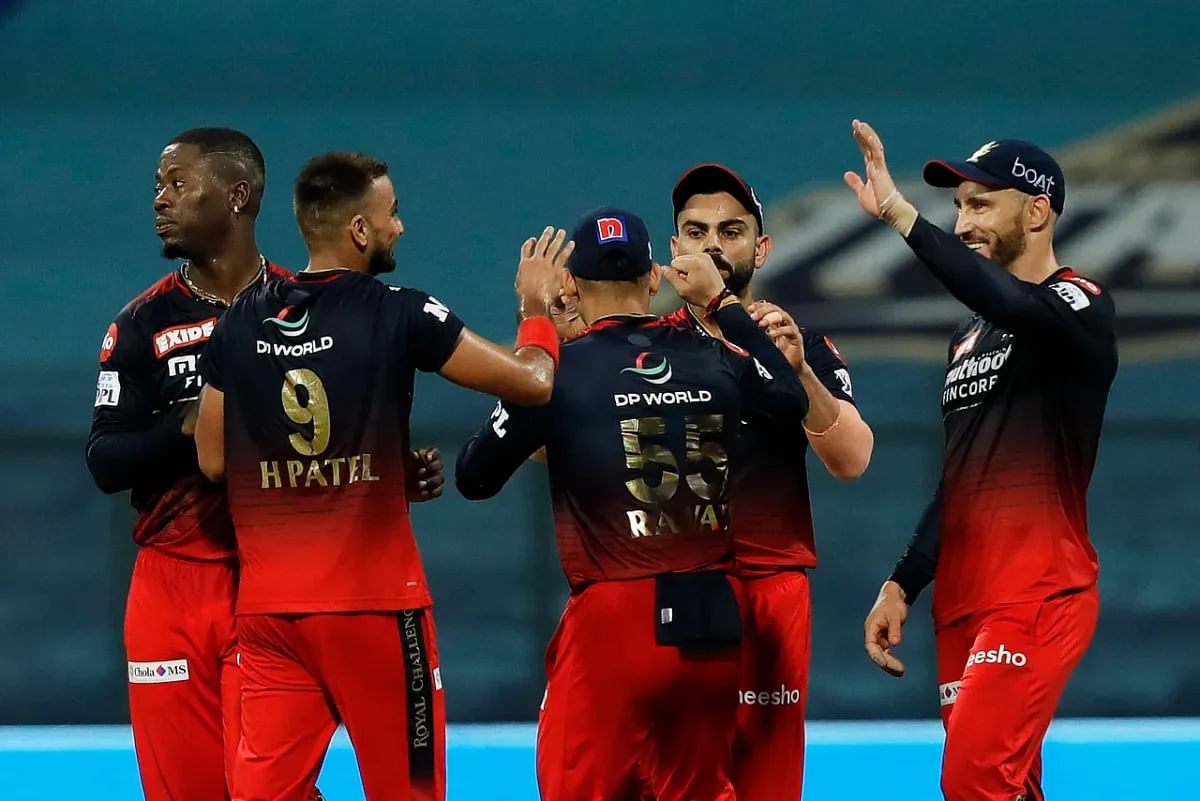 We all know them as the “Orange Army” when they enter any stadium. Yes, the next team that we are talking about is  Sunrisers Hyderabad, having won the title in 2016, they have been relatively a new but fiercely competitive side that has entered the IPL. The franchise was founded in 2012 by Kalanithi Maran (owner of the SUN group) post the termination of the Hyderabad Deccan chargers. In the current financial year, the IPL team has a net revenue of around 442 crores. Under their former captain David Warner the team has seen a meteoric rise in the league. Warner also captained the side to its maiden IPL title. However, post covid, the team has gone through some dry patches in form. The team is currently captained by Kane Williamson and coached by Trevor Bayliss.

Delhi Capitals, formerly known as the Delhi Daredevils, has seen a new rise after being taken over by the JSW paints. The story behind changing the name from Delhi Daredevils to Delhi capitals is hidden in the symbolic importance of Delhi as the administrative capital of the country. The team has both revamped itself both in terms of revenue as well as in terms of the on-field performances. The Capitals has a net operating fiscal amount of around 370 crores. The team plays its matches in the Arun Jaitley Stadium located in New Delhi. The onus of success of Delhi Capitals in recent years is all to the young brigade of DC, which is ably led by Rishabh pant and assisted by Ricky Ponting.

Punjab Super Kings, formerly known as Kings XI Punjab, is the next team in terms of the revenue quotient. In recent years, due to the draught in the form of the team as well as the players, the franchise has seen a decline of about 43% in the net revenue quotient. The net operating income in the recent fiscal years is roughly around 318 crores. The team is owned by Pretty Zinta and co. The current squad is led by Mayank Agarwal and coached by one of the best leg spinners in India- Anil Kumble.

Being the champions of the inaugural edition of IPL in 2008, the glory days of Rajasthan Royals have been cut short in recent years. The royals in the past have been known for unearthing the hidden talents in the country as well as pulling on one-off matches inside the IPL fixtures. They have always been considered the underdogs of the tournament. The ownership of Royals is a little bit diversified, with Manoj Badale led Emerging Media IPL Ltd, having a 65% stake in the team while the rest of the shares are divided amongst Lachlan Murdoch and RedBird Capital Partners. Currently, they have a net worth close to 249 crores. The helm of affairs of the IPL team for many years was taken care of by Ajinkiya Rahane, who emerged as one of the successful captains for royals after the legendary leg-spinner late Shane Warne. Currently, the team is captained by Steve Smith and coached by Kumar Sangakkara.

Two new additions to the league:

BCCI has always been keen to expand the arena of cricket and IPL to subsequently a larger area within the geographical terrain of India. With this plan in their mind, they went forth with the inclusion of 2 more new teams to the existing tally of 8 teams mentioned above. After the process of bidding, two states emerged victorious out of a list of other states, which were Lucknow and Ahmedabad. The bid for Lucknow was won by the Sanjiv Goenka of the RPSG group. The bid closed at a massive price close to 7,090 crores in the end. LSG is being captained by KL Rahul and mentored by the legendary Zimbabwean batsman Andy Flower. LSG is a team that is based in Lucknow and plays their matches in the BRSABV Ekana Cricket Stadium, Lucknow. While on the other hand, the bid for Gujarat Titans was won by the British investment and equity firm CVC capital partners. The deal closed at 5,625 crores. The home stadium of Gujarat Titans is the newly inaugurated Narendra Modi Stadium in Ahmedabad and is led by Hardik Pandya and coached by Ashish Nehra. Although both the teams are completely new in their outlook, they have rocked the IPL stage like thunder. 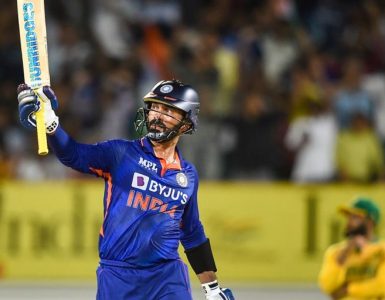 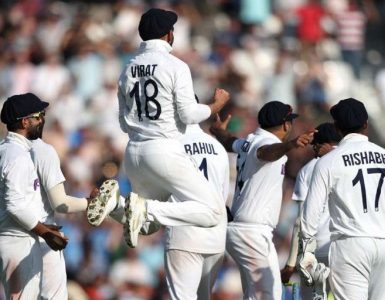 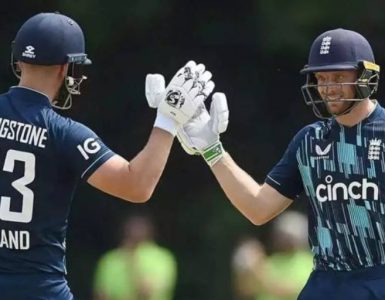