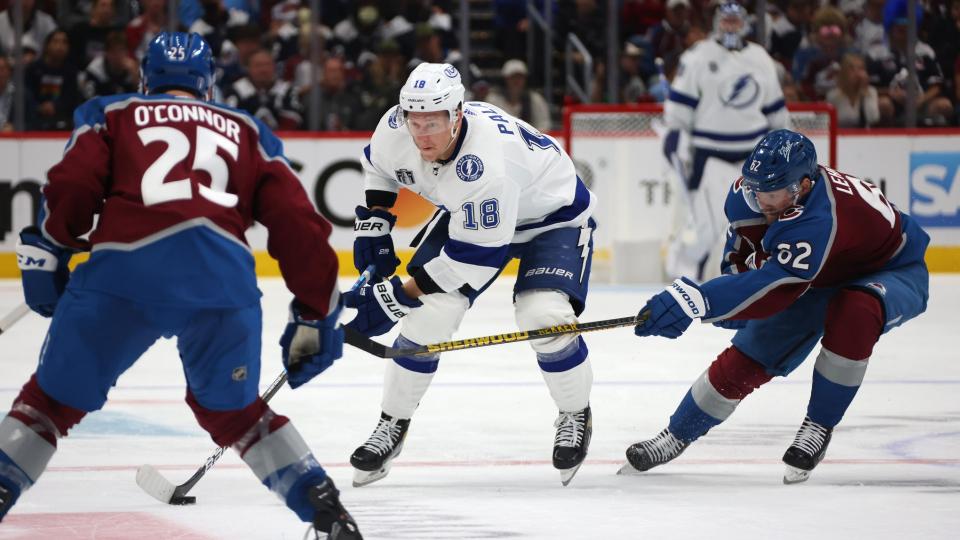 In an amazing turn of events in the Stanley Cup, Tampa Bay has managed to force game 6. Tampa Bay Lightning beat Colorado Avalanche 3-2 in an intense game 5. The entire home crowd was behind Colorado, wanting them to finish off the 7-game series 4-1. But Lightning really showed what champions are made of and gave a stellar performance. With this, they have kept their hopes alive of winning the cup. It makes for an even better matchup as Tampa will now be at their home stadium, where they will look to tie the series at 3-3. On the other hand, it was a major blow for Colorado, who didn’t expect a home defeat. They will have to avoid another defeat as it will be anybody’s game in the 7th.

The series started off in a dream fashion for the Colorado Avalanche as they took a 2-0 lead, winning the starting games. A solid comeback was made by the Lightning in the third. They won that match convincingly, making the series 2-1. The fourth game was a very close one, and Avalanche won the game in overtime. Tampa showed tremendous resilience in the 5th and won it. It was a close call, and they won it just by a whisker. The current cup champions are certainly high on confidence and looking to make equal the series. Will Avalanche be able to handle the pressure and win the Stanley Cup is something to look forward to.

Let us dive into the analysis of Game 5.

Also Read: Stanley Cup Game 5- Where To Watch In The UK, US, And Australia

What a series this is going on. It couldn’t have been better for the sport, for the cup, and for the fans. Like the previous game, the Lightning came up with the first goal. Avalanche equalized, but very soon, the score became 2-1 in Tampa’s favor. The back-to-back champions seemed to bounce back from the previous defeat, but just then, Avalanche scored and made it 2-2. After a series of back and forth attempts, it looked as if the match will go into overtime. With 6:22 left in the regulation time, Tampa found their winning move. Victor Hedman found a nice low pass into the corner for Ondrej Palat. Palat was wide open and fired a nice shot through the legs of the Colorado keeper Darcy Kuemper. Colorado Avalanche was not left with too much time to make a comeback and was handed their first home defeat in the finals.

The series is now in 3-2 in favor of the Colorado Avalanche. Game 6 will be played on Tampa’s home turf. Moreover, the home team is high on confidence and will try to make the most of it, while Colorado will go there under immense pressure.

What To Expect In Game 6

Since the series is 3-2 and the Lightning is high on confidence, as neutrals, the fans are expecting a win for the home team. This will be interesting as it will force game 7. A series going to the final game is a treat for every fan, except the one whose teams are in it. Overall, Tampa has to survive game 6, win it anyhow, and then we will see what happens in game 7.