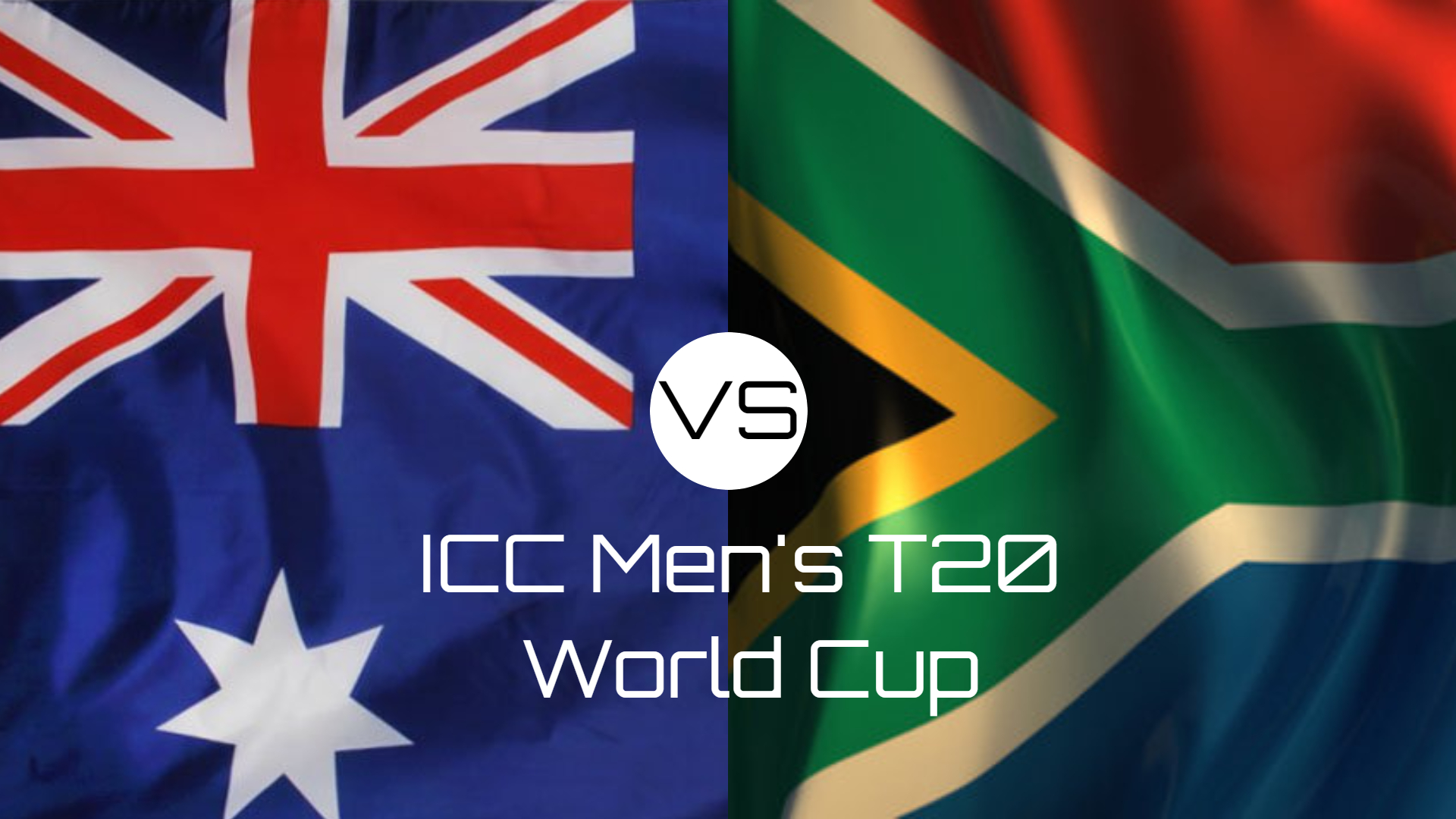 In this article, we will be talking about the first Super 12 match of the ICC T20 Wolrd cup that will be held between Australia and South Africa. In this game, Australia vs South Africa Aron Finch will be leading the Australian side while Temba Bavuma will be seen as a captain of the South African side.

The poor form of Quinton de Kock has been a matter of great concern for the management. Both the teams have got some big names in their squad like Glenn Maxwell, Aron Finch, David Miller, and Kagiso Rabada. But they will have to live up to the hype if they want to win this one. For more official updates you may visit ICC.

South Africa seems like a pretty balanced side on the papers at least. However, Australia will have to work on their bowling attack. Both the teams have been extraordinary in the last few years and that lands them among the list of the strong contenders of the trophy.

South Africa will be looking forward to prove their given title “chokers” wrong while Australia yet has to win a T20 World Cup title. In the subsequent sections of this article, I have gathered and put down every detail about this upcoming encounter. Moreover, you will also find Australia vs South Africa predictions along with the predicted XI and the team news.

Australia will face South Africa on October 23, 2021, in UAE in match number 13 of the T20 World Cup 2021. The live-action will start at 3:30 pm from the Sheikh Zayed Stadium in Abu Dhabi on Saturday. It will be the first match of the super 12 of this ICC tournament and thrill is guaranteed.

The official broadcasting partner Star will be telecasting all the games including Australia vs South Africa. Star Sports 1, Star Sports 3, Star Sports 3 HD, and DD Sports will be the channels available to stream. Moreover, fans who wish to stream it online can subscribe to the VIP or premium pack of the streaming platform Hotstar. Without a subscription you will get just 5 minutes of free streaming after that you would not be able to watch any further.

Aroon Finch will be leading the Australian side. No player injuries have been reported as of now and most likely all the players will be fit to be in the playing XI. Glenn Maxwell has shown some mind-blowing performances in the IPL and he is in great form. He can prove as a key player as his contribution will be crucial.

Injuries will not be a problem for the South African side but their bowling will be. In the last warm-up games, the bowlers have gifted runs to the Pakistani Batmen. Against a decent bowling line-up like theirs, Pakistan should not have been able to put 180+ runs on the board. Anrich Nortje and Kagiso raba will have to lead the bowling attcaks and step up thier peformance.

South Africa has won its first warm-up match against Pakistan however both the teams will not be facing each other in the group games. South Africa has been up into group 1 along with Australia, England, and West Indies.

Two other teams from the qualifiers will be added to the group after the qualification stage is over. Successfully chasing a decent total must have pumped them up and they will most likely be in a good position. On the flip side, India handed Australia a defeat in the warm-up match Yesterday.

T20 World Cup has to be the only ICC tournament where Australia has never been able to lift the trophy. Like every time the Aussies look strong on paper but they will have to give their best. They should start their World Cup campaign on a winning note defeating South Africa on Saturday. Winning the first game will help gain momentum for both the teams that can help them play effortlessly on the pitches of UAE.