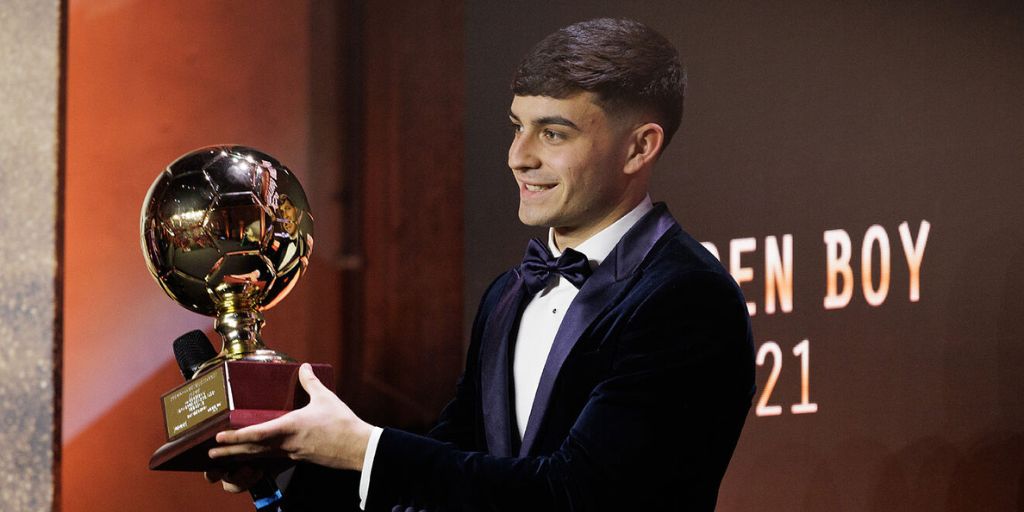 The 2022 Golden Boy Nominees Are Out: Who Gets The Baton?

The nominees for the 2022 Golden Boy award are now out. This trophy marks the best young talents in football in the last year. Here, we tell you the players who have made it to the list for the 2022 title. Also, check out the top three players who we think have a chance of winning it. Notably, the Golden Boy award first came into being in 2003. Italian sports newspaper Tuttosport are the makers of this prestigious title. Besides, the winner by the method of votes. Several reputed Newspaper outlets worldwide take part in this process. Each put forward five names in ranked order from the nominee list. Points are given based on the player’s rank as per the selection. Subsequently, a winner is crowned based on the total points earned. Also, it comes with a set of rules for the selection process. All nominees must be of the age of 21 or less.

Furthermore, the 2021 Golden Boy trophy went to Barca’s Pedri. The Spanish player played 73 games for club and country on his run to this title. Besides, Spain and France hold the joint-most Golden Boy award winners with three each.

Who makes it to the 2022 Golden Boy nominees list?

Tuttosport officially shared a list of 100 players for this year’s Golden Boy title. Many known and unknown names have made it to the list. However, we’ll look at a select few players who have a realistic chance of winning the prize.

Notably, 19-year-old Wirtz missed out on the 100-man list this year. However, the fans consider it an error from the organizing committee. This factor rules him out of our list of favorites.

Bellingham and Musiala both play in the German Bundesliga. We keep them at joint-third on this list. They are regulars for both club and country. However, they might need to perform at the 2022 World Cup to fulfil their claim for the Golden boy award.

The second favorite from the 2022 Golden Boy nominees is Gavi. At 17, he has plenty of time on his hands to win the title. However, he is already on a level to have a claim on the trophy. Barca will hope to tie him down to a new deal as soon as possible.

The French midfielder plays for Real Madrid. His midfield partners include the likes of Modric and Kroos. However, the Madrid coach often prefers to start him ahead of the duo in the midfield. It speaks volumes of the 19-year-old’s talent. Also, he won the 2022 UCL and La Liga in his first season at Madrid. We place him as the favorite to win the 2022 Golden Boy.