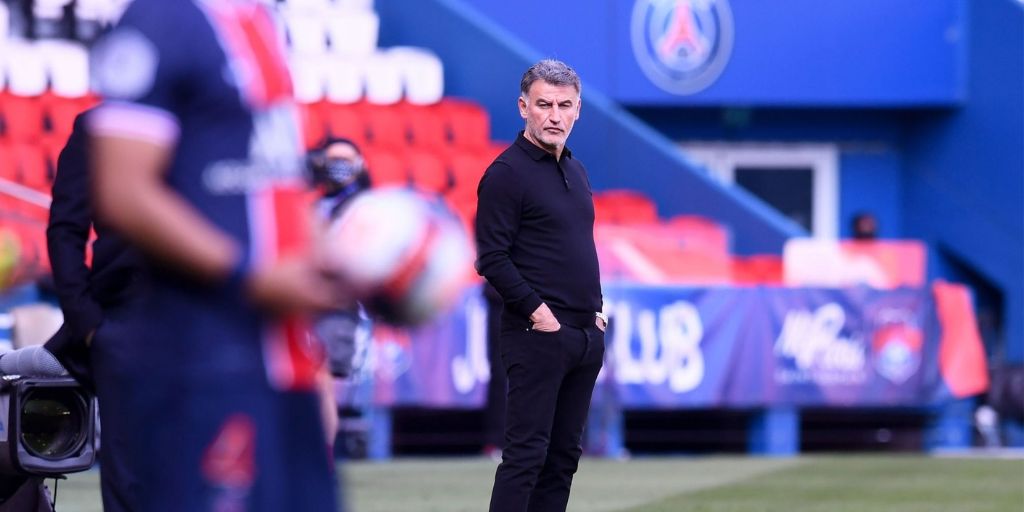 The ‘Who-Fell?’ Tower of Paris: PSG Sack and Then Appoint a New Manager On The Same day!

French football club PSG will be under a new manager next season. Galtier is the next man to lead the side. The club made the news official today. Besides, hours earlier, PSG declared they were parting ways with their former boss Pochettino. However, this news was a long time coming, as per multiple reports. Poch leaves after just 18 months in charge. His time at the club was a mixed bag at best. Also, his lack of authority over the dressing room led to his sacking.

Notably, PSG won the 2021-22 Ligue 1 under the Argentine. However, his team’s displays on the pitch were less than convincing throughout the season. Also, a Ro16 exit from UCL seems to be the final nail on his tenure. He and his team got a fee of €15 m on the premature termination of his contract. Notably, he also played for the Paris club for two years. His managerial career gained public acclaim during his time with Spurs in England. At 50, he still has time on his hand to offer his services elsewhere.

Who is the new manager of PSG?

Christophe Galtier is the new manager of French champions PSG. He joins from fellow Ligue 1 club Nice. Also, PSG recently shared the arrival of their new Football advisor Luis Campos. The duo of Campos and Galtier previously worked together at Lille. Moreover, they won the 2020-21 Ligue 1 title beating PSG to the prize. However, now the duo will hope to repeat the feat at PSG.

Star player Kylian Mbappe was the talk of the town of late. He beat all odds when he signed a new deal in Paris. His renewal promised changes in the structure of the club. And, so seems to be the case for the club this summer. The new PSG manager will hope to find a way to effectively play the front three of Mbappe, Messi, and Neymar. Also, in his first interview as the new boss, he said he intends to keep Neymar in the French capital. However, it will be exciting to see how he implements his plans come next season. The 55-year-old holds a lot of respect for his time as a coach in the French league. He will hope to instill the same at his new club.