When Will We Get To See India Cricket Team Back In Action?- EXCLUSIVE DETAILS 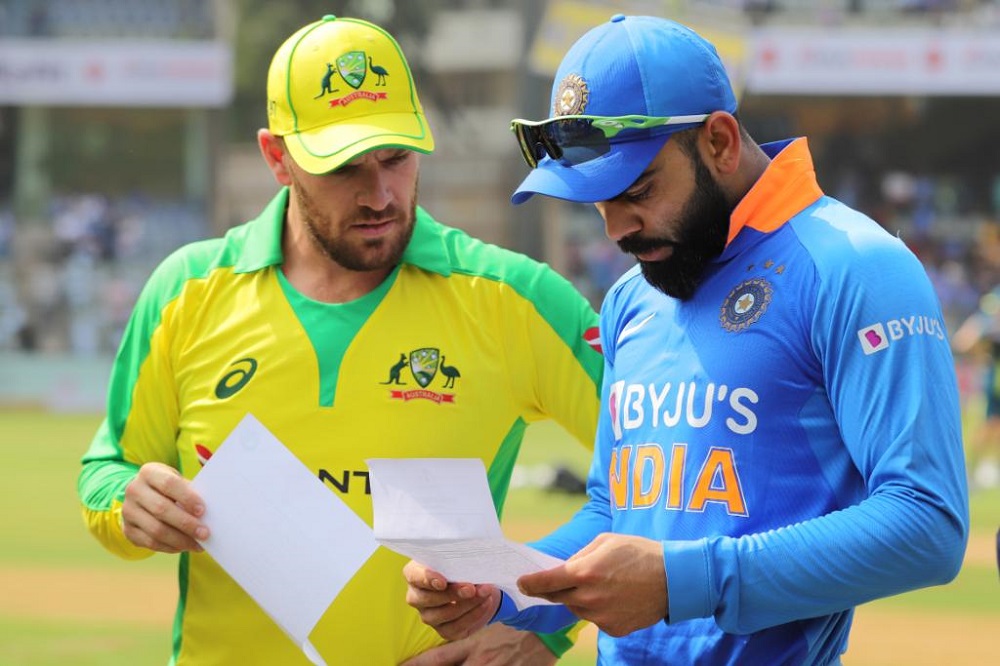 India has set off for tour against Australia and here's what you need to know.

IPL 2020 is over and it has left a void in all of us. The entertainment that one of the world’s best T20 league delivered is unmatchable. As a result, all of a sudden, you all must be thinking of ways to enjoy your favorite sport. However, you need not worry as we bring to you this exciting news. You can just sit back and relax as, within 16 days, you will get to see the return of international cricket. Two of the biggest countries will be locking their heads with each other in an all-format series. Yes, we’re talking about none other than India and Australia. So, let us see further in the article when the teams will be clashing with each other.

When will India play their first match against Australia?

On 27th November, India will be beginning their tour of Australia. The former will be playing the first ODI match against the Kangaroos. Australia will be hosting the match at the Sydney Cricket Ground in Sydney and it will be live from 9:10 AM IST. With a break of a day after each match, India will play a total of 3 ODI matches. After that, they will be playing a 3-match T20I series against the Kangaroos. Finally, they will be playing 4 test matches with one of them being a day-night test match. Cricket Australia (the Australian Cricket Board) has allowed 50% spectators for the game. As a result, you won’t be missing out on the cheer and support from the other fans too.

India’s Squad for the tour:

Now, talking about the squad, team India did make a few changes. In IPL 2020, some of the players got injured due to which the youngsters got a chance. As a result, the committee has selected the youngsters that proved their worth to represent their country in the international format of the game. Some senior players also got injured during the league which resulted in them being ruled out of the squad. A few changes made by BCCI (Board of Control for Cricket in India) in the squad are:

1.  Varun Chakravarthy, the KKR spinner that impressed everyone after making a brilliant comeback has been dropped out of the T20I series. After the selectors came to know about his shoulder injury, they immediately decided to drop him. As a result, the selectors have named the SRH pacer T. Natarajan as his replacement.

2.  Talking about fast bowlers, the selectors have left Kamlesh Nagarkoti and Ishant Sharma out of the squads. Nagarkoti is currently working on his bowling workload management with his medical team whereas Ishant is undergoing rehab at the National Cricket Academy in Bengaluru. However, the committee has ensured that once Ishant is deemed fit, he’ll definitely be added to the squad once again.

3.  The committee of sectors have decided to name Sanju Samson as an additional wicket-keeper in the ODI squad. India does have KL Rahul as the vice-captain and wicket-keeper but they have added Samson, just in case.

4.  Talking about wicket-keepers, Wriddhiman Saha has landed himself into trouble ahead of the series. He suffered from hamstring injuries to both his legs during SRH’s game against MI in IPL 2020. So, the committee will be making a decision on his availability later on.

5.  Second lastly, the question that every fan has been asking about Rohit Sharma. The BCCI medical team has decided to monitor the MI captain and batsman’s fitness. After a consultation with Sharma himself, the committee decided to rest him during the T20Is and ODIs and include him in the Test matches.

6.  Lastly, talking about the India team skipper Virat Kohli. The 32-year-old had informed the board that he wanted to return to India after the first test. This decision of his came from the view that his wife Anushka Sharma was due. As a result, she will be due in the month of January/February. So, BCCI granted the Indian skipper the leave and most probably, Rohit Sharma will be leading the team for the rest of the test matches.

Anyhow, Team India has now left for Australia as they will be quarantined for a period of 14 days before they begin their tour. So, brace yourselves up as your favorite sport is coming back into action soon. Let us know in the comments section who do you think will be winning the series.