Will Suresh Raina Return To Play For CSK? 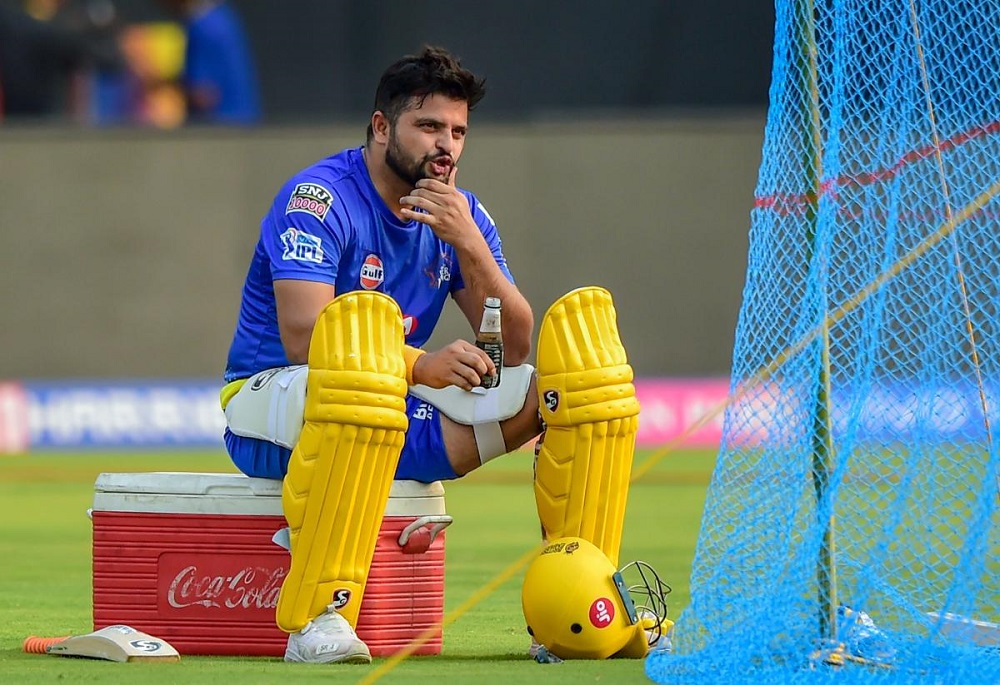 Suresh Raina will not be returning to UAE for IPL 2020.

Chennai Super Kings is one of the best teams in the Indian Premier League. With three trophies, the team is known for giving an intense competition to every other team. A trio of Mahendra Singh Dhoni, Suresh Raina, and Shane Watson is what makes the team healthy, according to the fans. However, this year Raina announced that he would not be playing the tournament. After his relatives were attacked in Punjab, which led to the death of his uncle, Raina withdrew from the 2020 tournament to spend time with his family. Since IPL has begun, CSK struggles with their batting, and the gameplay does not seem very strong. Fans have started asking Raina to return to the team and are missing him. The Dhoni-led side has only won 1/3 games they have played. Raina’s return is unlikely, but there are rumors that he will be joining the team.

@ImRaina Sir, your fan is missing you, please return to your team.
Your team is incomplete without you
Please Sir Comeback 🙏🙏🙏

Is Suresh Raina going to return?

Kasi Viswanathan, the CEO of Chennai Super Kings, has clarified the situation saying that Raina will not be returning to CSK this season. He stated that due to personal reasons, Raina made himself unavailable, and they respect his decision. They said that they are not thinking about Raina but trying to focus on the upcoming games. He also said that every team has its ups and downs, and the boys will return to play their game in full form.

Suresh Raina has been an essential part of CSK. He is the second-highest run-scorer in the history of IPL. Dhoni has mentioned earlier that the team is lacking in batting. As a result, he now has to come up with a combination to replace Raina and form a more precise picture before the game. CSK is currently in the 5th position on the points table. Dhoni is asking everyone in the team to step up their game. With Ambati Rayudu also being injured, it has been a difficult phase for the team. Rayudu and Du Plessis’ combination was the strength of the group, which has helped them in the past to win and make a name for themselves. Dhoni has also stated that Rayudu will be returning on the field for the next game.

All you need to know about Chennai Super Kings:

India Cements own Chennai Super Kings, and Stephen Fleming is their new coach. Mahendra Singh Dhoni is the captain of the team and also the wicketkeeper. The team has the highest win percentage as compared to all the other groups. The team is worth around 732 crores,s which is second after Mumbai Indians. CSK was suspended from the tournament after they were involved in match-fixing and betting. Considered as one of the strongest teams, they have won titles in 2010,2011 and 2018. The team also has a huge fan base, but this year due to the pandemic, the game is being played in UAE. Fans are distraught, and the other teams will be missing that cheering crowd, which motivated them. CSK has its next game against Sunrisers Hyderabad on 2nd October.