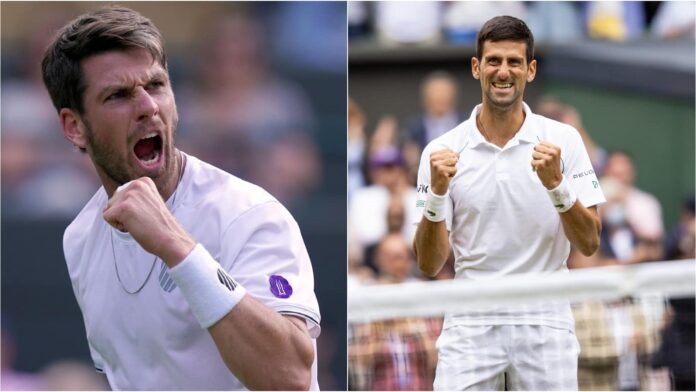 Wimbledon 2022 Day 12 saw a lot of heartbreaks and happiness in many ways. Cameron Norrie is finally out of the tournament. He was the only British player left in the tournament and carried the flag since the third round, alone. He lost in a four-set match to Novak Djokovic, who is now one step away from his eighth Wimbledon title. As much as it breaks the heart of the host audience, a lot of credit should be given to what Cameron Norrie has achieved. He made history by reaching the semi-finals of a grand slam for the first time. Not only this, the focus was on other players like Andy Murray and Emma Raducanu. Then also he represented his country with great pride and we all think he made them proud.

Congratulations to Novak Djokovic for reaching another final. He defeated Cameron Norrie in four sets after losing the first set again. Then he made a scintillating comeback, not giving any chance to Norrie as he looked running out of options. Now he faces Nick Kyrgios in the final, who got a walkover because Nadal withdrew from the tournament. This gives Novak a nice opportunity to win another grand slam and come one slam closer to Rafa’s tally of 22. On the other hand, it is the perfect opportunity for Nick to create history, as he looks super focused for a long time. This is his first chance to win a grand slam tournament.

Novak Djokovic again makes the final after defeating Norrie in Wimbledon 2022 Day 12. There was a lot of buzz related to this match as Norrie had the entire support of the home crowd. Cameron Norrie had created history by reaching the semi-final of a grand slam for the first time. This was like a dream run for him in the tournament. But he knew it was going to be tough as he faced the seven-time champion, Novak Djokovic. The match began on a dreamy note for Norrie. He looked in control in the first set, whereas Novak looked out of form. He dominated Djokovic in the first, not letting him play his natural game. Norrie’s regular attempts to come at the net paid dividends. He looked solid in the opening set and won it 6-2.

What happened after that was a masterclass from Novak. He came back to the second set, looking calm and composed. Played every ball on its merit and boy he played superbly. Cameron Norrie had no answers to Djokovic’s response in the second and looked all lost for him. Novak won the second set 3-6. The third and the fourth set followed the same story. Norrie’s unforced errors increased as Djokovic managed to put more pressure on him. It all looked dull for Cameron as he started struggling with his serve as well. There was not a lot Norrie could do even though he tried his best. He lost the remaining sets as well and Novak won the game in four. The final score was 6-2 3-6 2-6 4-6.

O.Jabeur defeated her long-time friend Maria in her semi-final clash. She made it her first grand slam final appearance. Rybakina has followed the same suit by winning her semi-final clash against Simona Halep. The former Wimbledon champion was thrashed in straight sets by Rybakina. Her powerful groundstrokes and a fine serve seemed too strong for Halep to handle. Now, Jabeur and Rybakina are two debutants that will face each other to clinch their first-ever grand slam trophy.

Also Read: Rafael Nadal Withdraws From Wimbledon Due To Injury: What Next Time For Him?