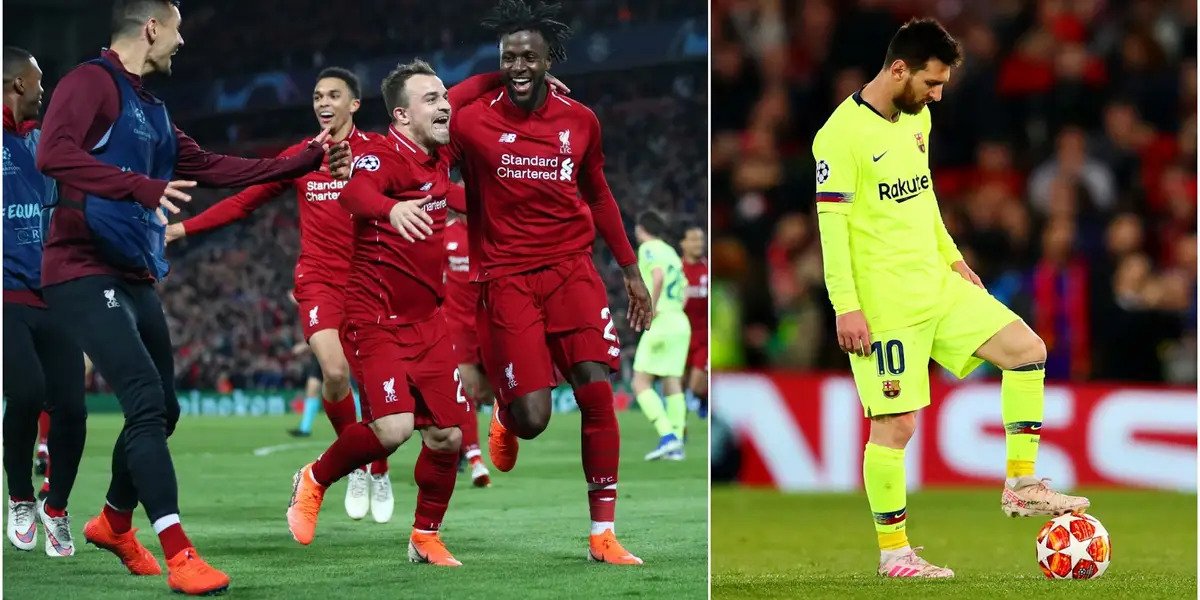 Champions League is the highest standard there is in football. People from all around the world watch it, and players from all around the world want to play in it. Like Sir Alex Ferguson once said, “There is no bigger competition in world football than the Champions League”, which is correct. The players, the teams, the stadium, the fans, and the level of football, nothing compares to it. This stage is bigger than the rest. The biggest clubs in the world, like Real Madrid, Barcelona, Bayern Munich, Manchester United, Chelsea, Arsenal, PSG, and Liverpool, all compete against one another to win the prestigious trophy. As of now, Real Madrid leads the list with the most titles, 14, followed by  Liverpool, Milan, and Bayern Munich.

For over 50 years, this competition has entertained us and has given us some best footballing action. Matches that we can always watch on repeat and still gives us goosebumps. There are fans all over the world who go to witness the action live inside the stadiums. They have been part of such historical matches that we still remember today, matches of the past. There is not a single season where fans are left disappointed. Every season something new happens, there is a new hero, a new villain in the story, and possibly a new champion. The current holders are Real Madrid, who won their fifth title in the last eight years.

Let’s have a look at some of the most iconic matches in the UEFA Champions League for the past decade.

This is one of the most exciting round-of-8 matches probably ever witnessed in the Champions League. It was a two-legged round where the first match was played at Juventus’s home stadium. The match started off on a very positive note for Bayern Munich as they took a two-nil lead. Things were looking bad for Juventus, and it seemed they would be out of the competition. However, in the second half, they came back to make it a 2-2 draw. Goals from Paolo Dybala and Morata ensured that things will be exciting in the second leg. Bayern Munich, though still had an upper hand because of two away goals.

The second leg was even more exciting for the spectators. It followed a similar suit, but Juventus looked much better than Bayern. A fantastic solo run by Morata, passing through 5-6 Bayern players, opened up an easy chance for Cuadrado to finish. Pep Guardiola, manager of Bayern Munich at that time, couldn’t believe his eyes. Juventus were now 2-0 up in the second leg, leading the tie 4-2. In the second half, the story changed. Bayern came back and how. They equalized quickly to make it 4-4, and the match went to overtime. Maybe, it was the fatigue or what, but Bayern just overpowered Juventus. They started putting in crosses inside the box, a different approach than what Guardiola is used to. Two quick goals sealed the deal for Bayern, and they won the tie 4-6.

This was probably the biggest comeback of recent times or even ever in the Champions League. It was a round-of-16 encounter, PSG faced Barcelona in Paris for the first leg. Things couldn’t have turned out to be more amazing for PSG because they dominated Barcelona. The worst thing was that Barcelona had only one shot in the entire match and PSG had ten. Angel Di Maria opened the scoring for the home team in the 18th minute before Draxler made it 2-0 just before the end of the first half. As soon as the second half began, Di Maria scored his second goal of the match in the 55th minute, making it 3-0. In the 71st minute, Edinson Cavani scored the fourth goal. A disastrous result for Barcelona as they had a mountain to climb on the second leg.

Barcelona fans had given up hopes that their team would be able to turn something around. They needed no less than a miracle to turn things around, doing the improbable and impossible. But would you believe what happened? The miracle came true at Camp Nou. What happened that night probably never happened before, and I can’t promise that it will ever happen again. In the third minute of the match, Suarez opened the scoring for Barcelona. You always need early goals whenever trying to make a comeback. Unfortunately for PSG, Kurzawa scored an own goal in the 40th minute of the match that put Barcelona two-nil ahead. Messi scored a penalty at the beginning of the second half, and Barcelona needed only two goals more to win the match. However, Edinson Cavani brought one back for PSG in the 71st minute.

With less than 10 minutes left on the clock, it seemed the dream for Barcelona was finally over. But then came Neymar. He was Barca’s best player in the first leg when the team did not perform well. He came to life in the dying moments, and believe you may, in the 88th minute, he scored a wonderful goal. Now needed only two goals in the final few minutes, Neymar won a penalty and converted it. It was the 91st minute, and the score was level. It meant PSG was still going through because of the crucial away goal. However, in the last seconds, probably in the last chance, Barcelona scored a goal courtesy of Sergi Roberto. The entire stadium erupted, and there were scenes in Camp Nou we had never seen before. Barcelona won the tie 5-6.

The previous year, in the 2017/2018 season, Liverpool had lost to Real Madrid in the final of the Champions League. It was a devastating loss for the players and for Liverpool fans. Come next year, they were again in the race to qualify for the Champions League final. This time, in the semi-final, they were facing the mighty Barcelona. The first leg happening in Camp Nou, where things started on a good note for Barcelona. Luis Suarez opened the scoring in the 26th minute against his former club. The score stayed the same in the first half. The second half saw two great goals from Lionel Messi. The first one came in the 75th minute, and the third was a beauty. Probably the best free-kick Messi ever scored in his career. The match ended 3-0 in Barca’s favor, and it looked over for Liverpool.

The night arrived at Anfield. This stadium has some different energy that brings out the best in home team players. It had the same effect that night. Origi opened up the scoring in the 7th minute for Liverpool. It looked like Liverpool was off to a great start, but nothing solid happened in the coming minutes. The first half ended with Liverpool leading 1-0. It was a monumental task to make a comeback against a team like Barcelona, but some things are just meant to be. Out of nowhere, Wijnaldum scored two quick-fire goals for Liverpool, making the score 3-3 on aggregate. In the 79th minute, a smart move by Trent Alexander Arnold, taking an early corner, saw a completely free Origi scoring in an open net. The scenes at Anfield, once this goal was scored, are indescribable. It was like a tsunami of happiness inside the stadium.

The tie ended 4-3 in favor of Liverpool. These are some of the epic moments in UEFA Champions League history for the past decade.