The big breaking news, Nia Jax’s other target, came up. Yes, this time, Nia’s target is Mandy Rose. Nia Jax is very famous for its dangerousness. In her career in wrestling, she has injured many wrestlers inside the ring. While looking at the current situation, no one will agree to work with Nia because of her nature. Still, her fan following has never decreased due to her entertaining moves and conclusive fights. This incident happened on Monday Night at RAW. Nia threw Mandy Rose out of the matching ring, just like she does to her opponents when she becomes angry. As Mandy fell, doctors came up and took her behind the stage to carry out the checkup and treatment. At the same time, Nia showing her attitude of anger without a single emotion of regret. 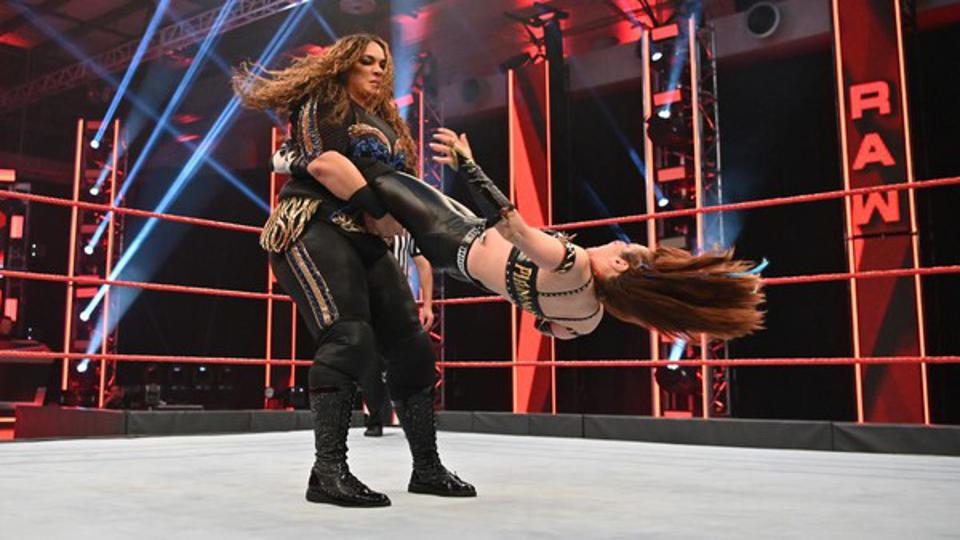 While the match was on, Shayna Baszler, Nia’s partner, entered the ring and released Nia from the dreaded Asuka Lock. The match was disqualified after that injury. After this, Mandy and Dana Brooke left the ring to defend the Woman’Tag champs. After a while, WWE will announce that if Mandy Rose can play the match or not and if not, who will come in replacement of her. Nobody knows that if Mandy gets justice or not. If not, then Nia will be free as nothing happened.

Nia Jax’s dangerous incidents happened much time. In 2018, Nia injured Becky Lynch by punching her nose and slashed her face during the Survivor Series match. As a result, there was a cancellation of the match between Ronda Rousey and Becky Lynch. That was a very serious incident ever happened. It’s the most famous incident of Nia Jax in her career. After that injury, Becky’s face was intensely injured. Her entire face was hard to look at. That is why Nia’s most famous dangerous incident has been noted in the book of history.

Nia’s other incident happened with Kairi Sane. In May 2020, During a RAW match, Nia hit Kairi’s right into the head with a steel ring. It was such a horrific incident that the viewers were also terrified by the incident. That scene was bloodthirsty that lead Nia to lose her Fan Following with a large number. As a result, Kairi got a severe head cut, and it took months to recover. After that incident, Kairi left the ring in June 2020, never turning herself back to the ring. 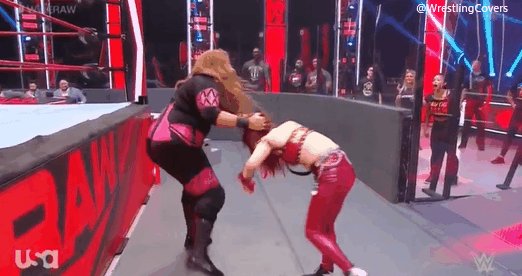 In the career of Nia Jax, she will carry the tag of the most dangerous worker who has been included in the ring to defeat other competitors by a severe injury. At present, Nia is the captain of Team Raw for the woman’s Traditional 5/5 Elimination match. Although being brutal, she has been an outstanding performer in the series of matches carried out. She will probably lead the team for several months from now.

Nia Jax is born in Sydney, Australia. The real name of Nia Jax is Savelina Fanene. She is trained by the WWE Performance Center. She has played many big matches in his life and performed well. She won many medals such as Rookie of the year in 2016, Ranked no. 8 in PWI Female 100 in 2018, In Top 30 Female wrestlers, she ranked no. 18, most overdue yet to be title in 2017, WWE Raw Women’s Championship, and WWE Woman’s Tag team Championship with Shayna Baszler. On the other hand, Nia looked up in four WWE video games. Nia is nicknamed “The irresistible force.” Nia appeared in NXT between 2014 to 2016. There was a song, “Nia Jax,” released by rapper Magneto Dayo in August 2017. After so many matches played by Nia, she earned the title of being an unsafe worker.