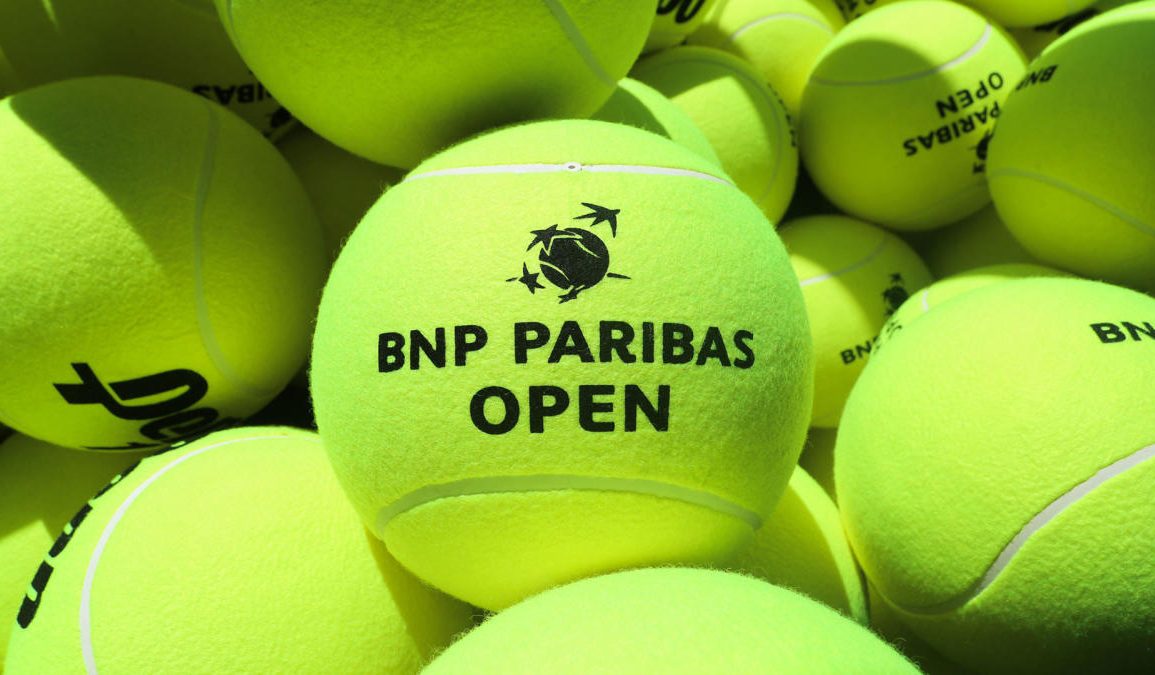 The following article is about the ongoing BNP Paribas Open and all the details surrounding it. After a year of turmoil, we are finally getting back on track. Previously, our world was reduced to four walls but now the world is slowly becoming the sphere it once was. With all of our favorite shows and sports starting again from where they left off, we are more than happy. Recently, several sports tournament has started, like the English Premier League and NBA, while tournaments like US Open and the Euro Cup are has ended, leaving all of us smiling with tears of joy.

Out of all the ongoing sports tournaments, the most recent is the BNP Paribas Open. Several people are keeping their eyes on the tournament and are excited to again explore the tennis world. These tournaments are a good way of practicing for the upcoming Grand Slam Opens. BNP Paribas Open has a lot of history surrounding it. We are going to see all the details about the tournament’s upbringing and the players who graced the court. So let us get right into the topic and see what BNS Paribas Open has offered us in the past and what it is about to offer this year.

Everything We Know About BNP Paribas Open

BNP Paribas Open has always been on the hardcourt. Other than the four Grand Slam tournaments, it is the most attended tournament in the tennis category. It comes under the ATP Tour, Master 1000 category. Apart from the male category, there is female, men’s doubles and women’s double. The tournament is being held in Indian Wells since 1987. Previous to that, the tournament was held in Tucson, Arizona from 1974-75, and then it was changed to Rancho Mirage located in California from 1976- 1980, and then it was La Quinta from 1981-1886.

This year, in 2021, BNP Paribas will be held from 4th October till 17th October. The tournament is supposed to be held in March but due to the pandemic situation, the officials decided to shift it. Previously, Roger Federer, Novak Djokovic, Andre Agassi, etc., have graced the field. Several youngsters will be playing this year along with world no.1 in both the male and female category. Novak Djokovic and Ashleigh Barty will be taking part in the tournament. They will have to face upcoming stars like world no. 2, Daniil Medved, world no.3 Stefanos Tsitsipas, Fernandez, etc. The qualifiers have started, and several players have already been eliminated.

Most of the players among the top world rankers will be playing. In the women’s division, along with Ashleigh Barty, there will be her fierce rivals, Aryna Sabalenka (World no.2), Elina Svitolina (2020 Tokyo Olympics Bronze Medalist), and many more. Many former champions will be there to show others why they are called champions. Bianca Andreescu will be looking to defend her championship in 2021. From 4th to 6th October, the qualifiers will be held, and after that, the wildcard entries will happen. The majestic view and the beauty of the Indian Wells will again attract every tennis lover’s eyes.

Being one of the nine ATP 1000 series tournaments and a mandatory event among the four WTA Premier events, it can be streamed on Amazon Prime. Men’s first round will begin on the 7th of October, and the final will be held on 17th October. For the women’s category, the first round will commence from 6th October. People are excited to again experience their favorite tournament. Tell us how excited you are, and do not forget to give us your feedback.